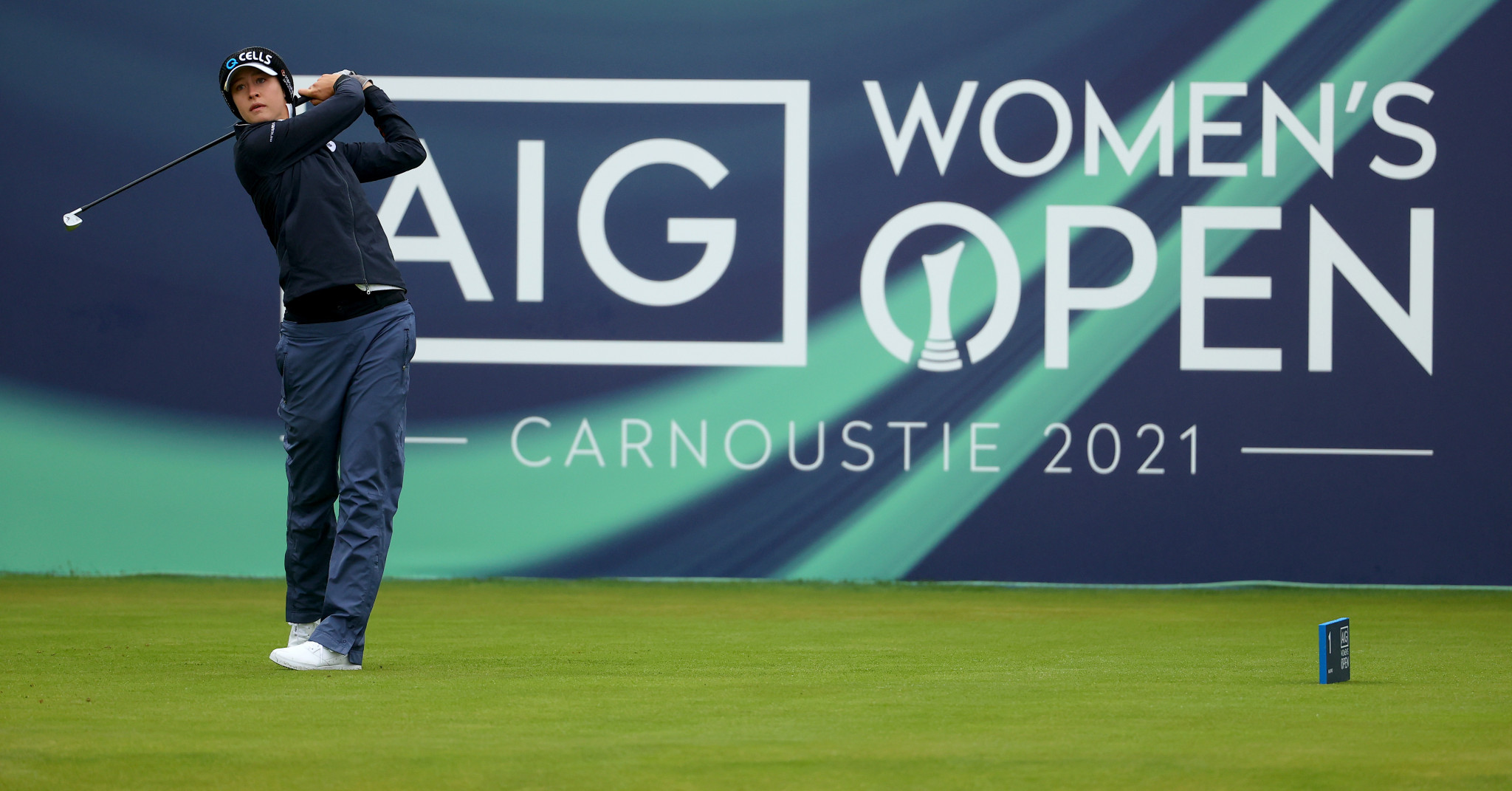 World number one Nelly Korda of the United States is one of three players tied at the top of the leaderboard after the first day of the Women’s Open at Carnoustie Golf Links in Scotland, being joined on five-under-par by Sweden's Madelene Sagstrom and South Korea’s Kim Sei-young.

The reigning Women’s PGA Championship and newly-crowned Olympic champion Korda is aiming for her second major triumph of the year, and despite recording three bogeys, she completed her first round in 67 shots thanks to eight birdies.

Sagstrom is yet to finish in the top 10 at a major championship, but would have held an outright lead after day one courtesy of seven birdies, only to record her second bogey of the day on the 18th.

Kim’s round of 67 came courtesy of six birdies and a bogey as the 2020 Women’s PGA Championship winner seeks a 13th career victory on the Ladies Professional Golf Association (LPGA) Tour, and a first of 2021.

One of the stories of the day came from home favourite Louise Duncan as the amateur posted a round of 68 to finish four-under.

That included an eagle on the 14th.

The United States’ Andrea Lee, ranked 143rd in the Rolex rankings, struck five birdies on the opening nine, before a bogey on the 11th saw her also finish on four-under-par.

Duncan and Lee are joined by the 2018 Women’s Open champion at Royal Lytham and St Annes, Georgia Hall of England, and this year’s US Women’s Open winner Yuka Saso of the Philippines, whose eagle on the 12th contributed to her round of 68.

This is extraordinary from the Women's Amateur Champion! 🔥

An eagle at 14 and Louise Duncan is one off the lead 😮#AIGWO #WorldClass pic.twitter.com/UFYj9BWSSx

American duo Lexi Thompson - the world number 12 - and Lizette Salas, and Spain’s Carlota Ciganda are a further shot back on three-under-par.

Eleven players are tied for eleventh on two-under, including South Korean Park Inbee - the world number three and seven-time major champion, one of which was at the Women's Open in 2015 , and the 2019 Women's Open champion Hinako Shibuno of Japan.

Minjee Lee of Australia, the winner of the last major on the LPGA Tour at the Evian Championship in July, finished the day as one of 19 players who scored one-under, aided by an eagle on the 13th.

Another of this year’s major winners, the ANA Inspiration champion Patty Tavatanakit of Thailand also notched a round of 71.

The German defending champion Sophia Popov, who was ranked 304th in the world when she triumphed at Royal Troon Golf Club last August, saw her day hampered by a double bogey on the 10th as she ended level par, and so too did world number six, two-time major winner and Olympic bronze medallist Lydia Ko of New Zealand.

All was going well for Danielle Kang with two birdies in a bogey-free first 13 holes, but a triple bogey on the 14th and double bogey on the 15th was followed by bogeys on the 17th and 18th, although a birdie on the 16th saw her finish the first day on four-over-par.

The Women’s Open is the final major on the LPGA Tour this year, and the second of the four rounds is scheduled for tomorrow.