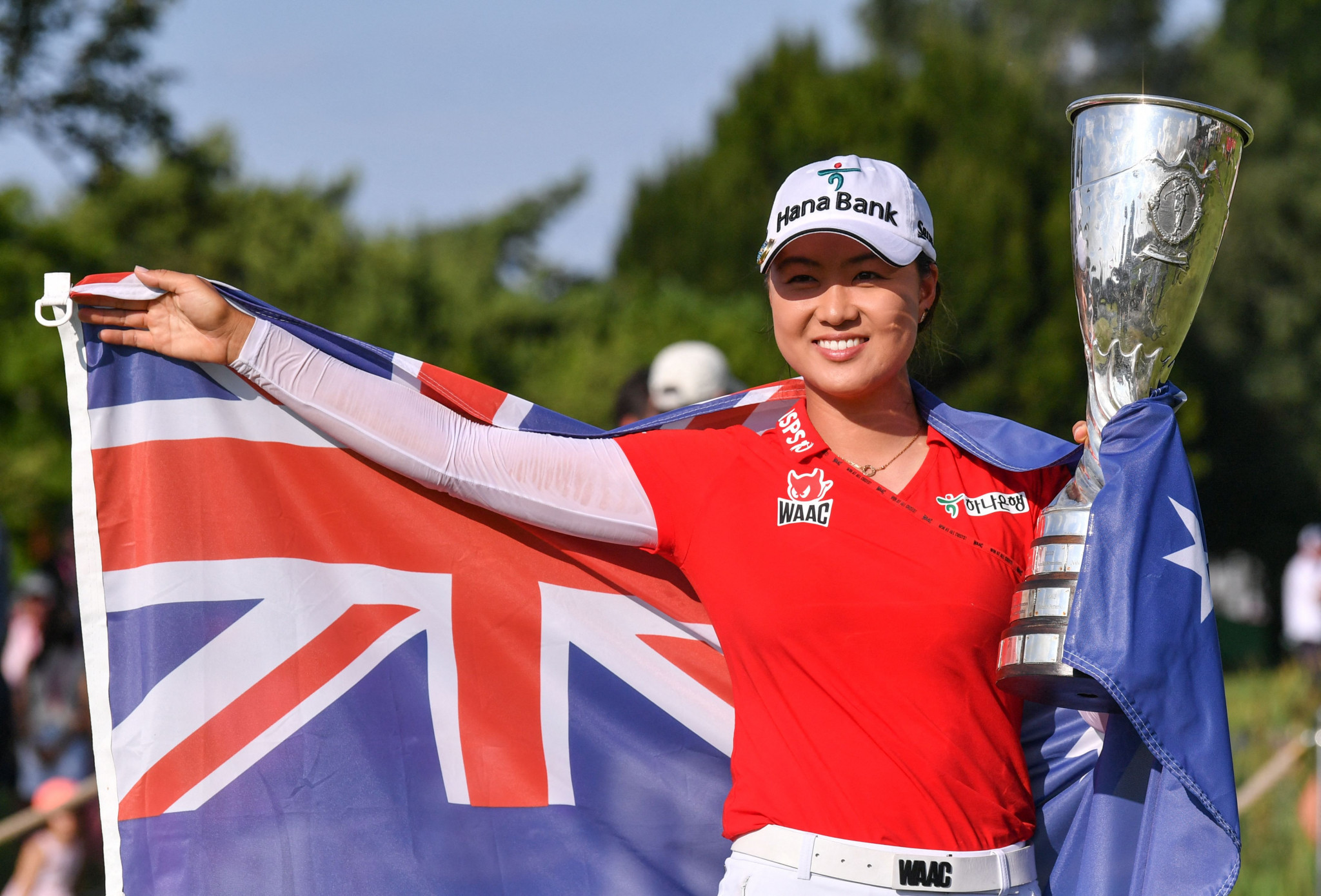 Australia's Minjee Lee won a first major in stunning fashion, coming from seven shots behind the 54-hole leader to force a playoff and duly claiming the Evian Championship with a birdie on the first sudden-death hole.

Lee produced a bogey-free round at the French venue and pounced when overnight leader Lee Jeong-eun - known as Lee6 on the scorecards - produced a wobbly front nine.

South Korea's Lee6 had a five-shot lead after three rounds, but made five bogeys in the opening nine holes today to leave the door open for her rivals.

And the Australian Lee burst through, closing with four birdies in the final five holes to card a seven-under 64 and move to 18 under for the tournament, the fourth women's major of the year.

Lee6 recovered on the back nine, with birdies on the 16th and 17th holes moving her to 17 under.

On the par-five 18th, Lee6 reached the green in two to set up a long eagle putt, while Noh arrived in three so had to hole her first put to force a playoff.

Noh's putt squirted past on the right and Lee6 missed the eagle chance, but did finish off for birdie and force a playoff.

Curiously Lee and Lee6 were born just a day apart - both are 25.

Playing the 18th again, Lee6 outdrove Lee, but the Australian found the green in two with a stunning approach shot to pile on the pressure.

It told, with Lee6 not making a clean connection to send her second shot into the water.

The South Korean took a drop and was able to salvage a bogey, but it left Lee able to complete a routine two-putt to earn a first major.

"It's really great to win a major, it's really amazing," Lee said afterwards.

The Australian is set to compete at the Tokyo 2020 Olympics next month, but neither Lee6 or Noh qualified, owing to the number of South Korean and American players high in the Olympic ranking.