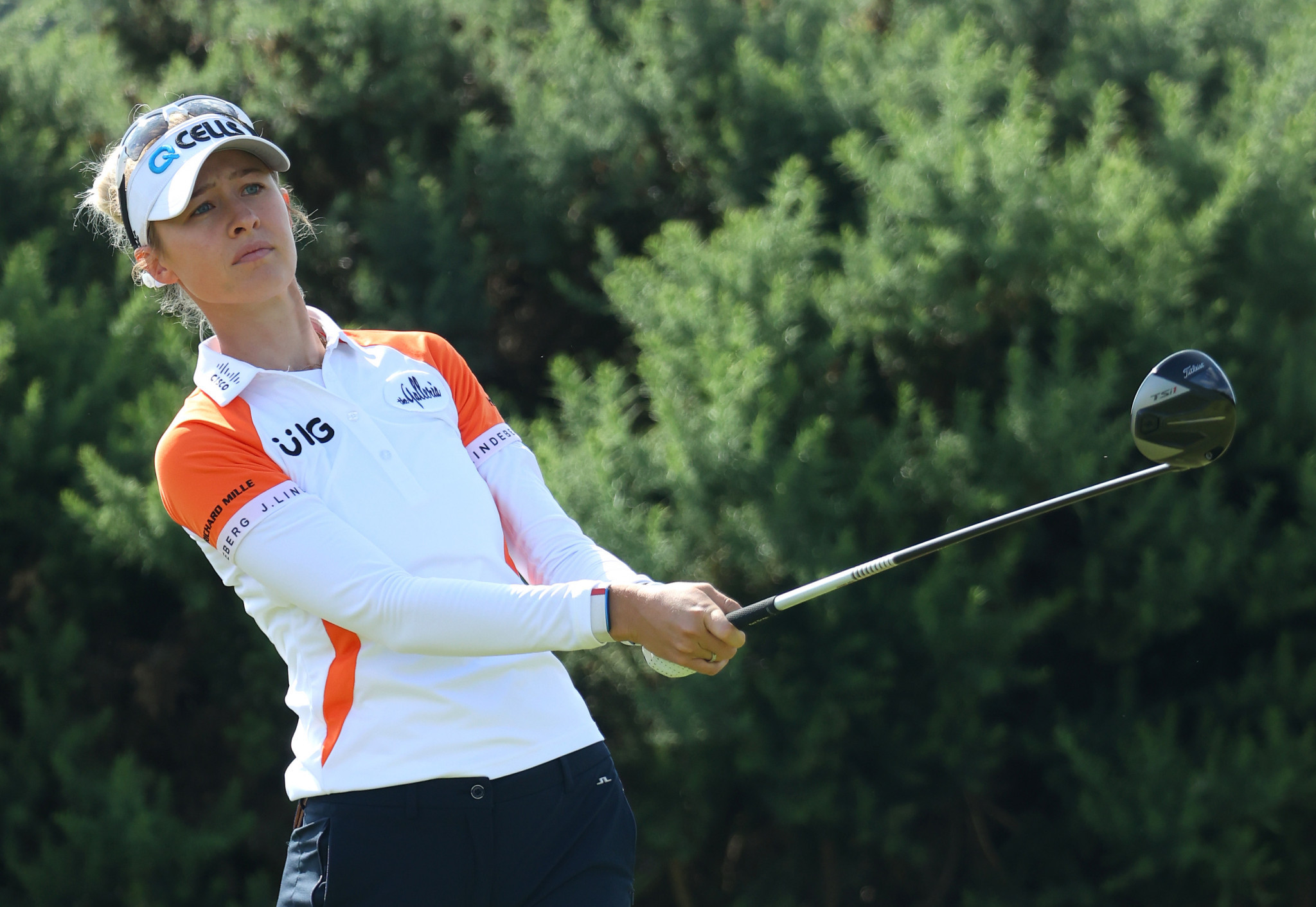 World number one Nelly Korda of the United States will begin her bid for a second major victory of the season at the 45th Women's British Open at Carnoustie Golf Links in Scotland, when the tournament gets underway tomorrow.

The American will be joined by Japan's Nasa Hataoka and England's Charley Hull in her group for the first two rounds.

Korda has raced to the top of the women's world rankings after three Ladies Professional Golf Association (LPGA) Tour wins this season, including a maiden major title at the Women's PGA Championship, with the Olympic gold medallist now looking to build on her impressive season with further success in the final women's major of the year.

The 23-year-old will start at 8.09am local time tomorrow morning and is in one of the headline groups over the first two days at Carnoustie, where Germany's Sophia Popov will begin her title defence alongside former major champion South Korean Sei Young Kim and six-time LPGA Tour winner American Jessica Korda.

Thai player Patty Tavatanakit, who won the ANA Inspiration Open in April, has been grouped with Danielle Kang of the United States and South Korean Kim A-Lim who have both previously won majors.

There are five Scottish players in the field with Kelsey MacDonald given the honour of getting the event underway as she tees off at 6.30am.

This week's event is also the final opportunity for players to impress ahead of the Solheim Cup squads being finalised, with Team Europe captain and Scot Catriona Matthew having one of her potential picks - Sweden's Madelene Sagstrom - in her group over the first two days.

Popov won the 2020 edition which was played at the Royal Troon Golf Club, also in Scotland.

She was ranked 304 in the world at the time and it was her first major tournament win as the German finished seven strokes under par, winning by two shots.