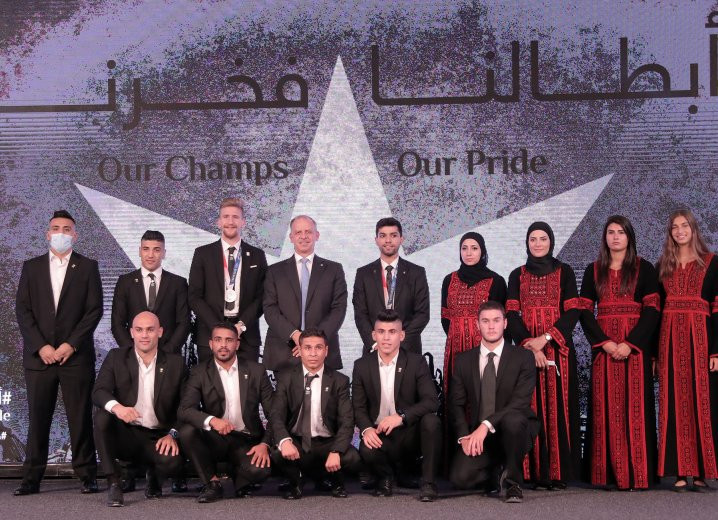 The President of the Jordan Olympic Committee (JOC), Prince Feisal bin Al Hussein, honoured the Jordanian Olympic delegation that participated at Tokyo 2020 in a ceremony held at the Fairmont Hotel in Amman.

Jordan took 14 athletes to Tokyo 2020, its largest squad ever, and won two medals, the most the country has won at a single Games.

Al-Sharabaty made it to the final of the men's under-80-kilogram category where he faced Russian Olympic Committee (ROC) athlete Maksim Khramtsov.

Al-Masatfa won the bronze medal in the men's kumite 67kg weight class, losing in the semi-finals to Turkey's Eray Şamdan, the eventual runner-up.

The JOC's vice-president, secretary general, and Tokyo 2020 Chef de Mission were all in attendance and praised the athletes' achievements while expressing their pride during a difficult period for the country as it continues to battle COVID-19.

During the ceremony, Olympians' Games highlights were presented in celebration.

Ahmad Abughaush won the nation's first Olympic medal and only gold at Rio 2016 in the men's 68kg taekwondo tournament.