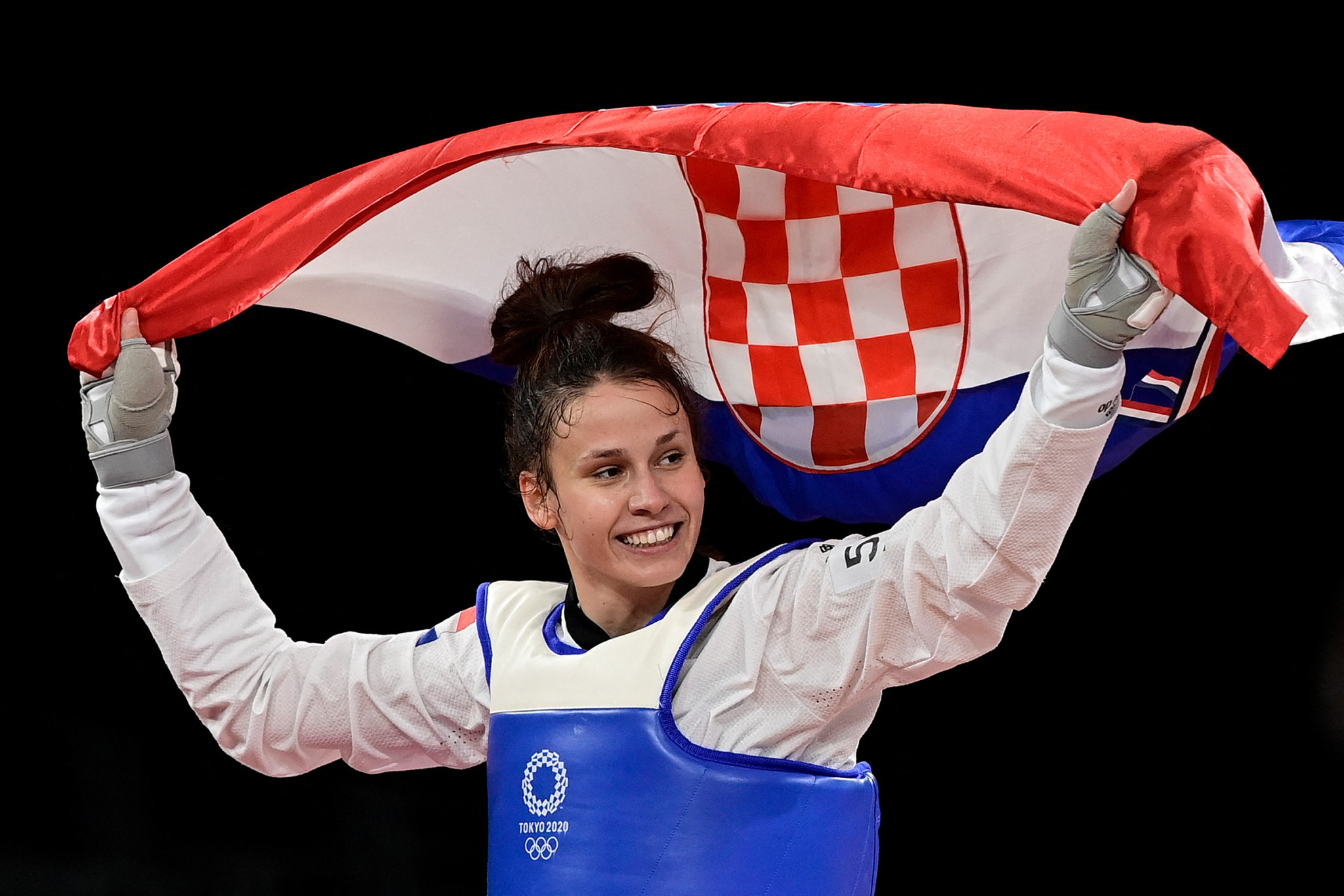 Williams looked set to secure the women’s under-67 kilogram crown when she led 18-13 in the closing minute and was 21-18 up with 10 seconds left.

But Jelić produced a stunning late flurry, levelling the scores with a shot to the head before scoring three more points to clinch a last-gasp 25-22 triumph.

It capped a superb day for Croatia in taekwondo as Toni Kanaet bagged bronze in the men’s under-80kg category.

There were also two bronze medals for Egypt at the Makuhari Messe Hall A, while Maksim Khramtsov clinched men’s under-80kg gold for ROC with an emphatic 20-9 victory over Saleh El-Sharabaty of Jordan.

El-Sharabaty had hoped to follow in the footsteps of Ahmad Abu-Ghaush, who made history at Rio 2016 when he became the first Jordanian athlete to win Olympic gold.

Khramtsov quickly gained a stranglehold on the bout, and while El-Sharabaty managed to get on the board with a punch before pulling off a superb spinning kick to the head to get within one point of his opponent, he never got any closer and Khramtsov forged ahead again and secured a dominant victory.

Seif Eissa of Egypt produced an almost flawless display to defeat Richard Ordemann of Norway 12-4 to claim the other bronze on offer.

He looked inspired after watching Hedaya Wahba earn bronze for Egypt with a 17-6 triumph against Paige McPherson of the United States.

Wahbe bagged bronze in the under-57kg at Rio 2016 and stepped up a weight category to under-67kg to claim the same colour in Tokyo.

The match started with a bang as both fighters landed scores in the opening 10 seconds with strikes to the trunk, but they were the only points in the opening round and it remained a low-scoring bout until the closing minute.

Wahba edged ahead with a punch before McPherson responded with a three-pointer to take a 5-3 lead heading into the final round.

The Egyptian got within one point with a punch before crucially landing shots to the trunk and then head with 40 seconds remaining.

Ruth Gbagbi of Ivory Coast retained her Olympic bronze medal in the division with a 12-8 victory over Milena Titoneli of Brazil.

Taekwondo action is due to conclude tomorrow with the finals of the men's over-80kg and women's over-67kg divisions.