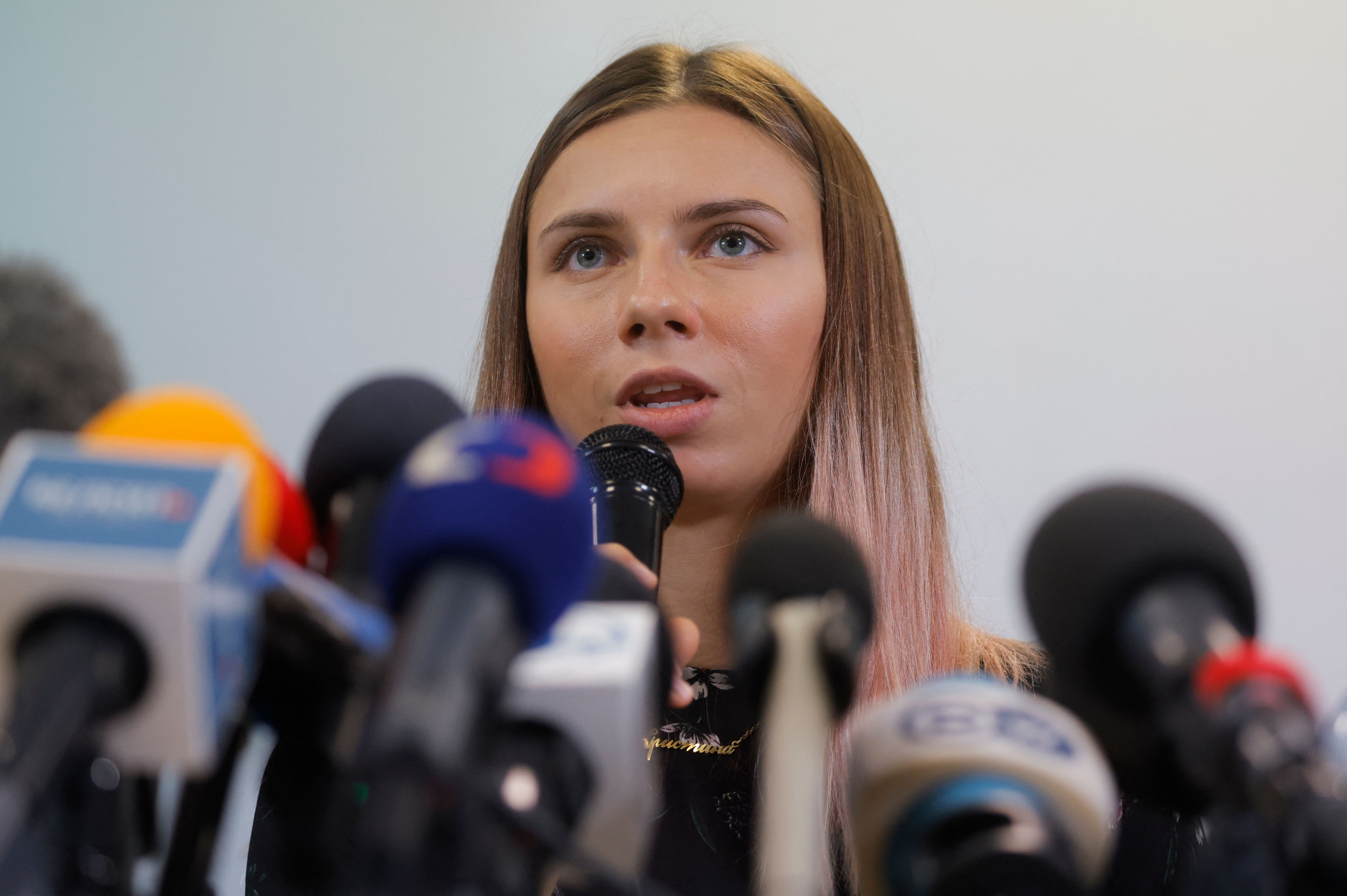 Defected sprinter Krystsina Tsimanouskaya is auctioning her Minsk 2019 European Games silver medal to raise funds to free athletes in Belarus under the regime of the Lukashenko Government.

The Belarusian finished behind Maja Mihalinec of Slovenia, who won the gold medal, in the event.

She also received a silver medal in the overall team event, after Belarus finished behind Ukraine.

"Those competitions were extremely important for me as they were held at the home arena," said Tsimanouskaya.

"Lots of people including my family and relatives came to cheer for me.

"At that moment I heard that the stadium was exploding by how loudly people were rooting for me.

"The people’s support helped me get a second wind and run with all my might to the finish line.

"I even remember crying after I had finished, because I had felt such emotions during the race for the first time.

"That moment I felt myself together with spectators as one.

"They do say rightly that sport is the thing that unites us."

Krystsina Tsimanouskaya arrived safely in Warsaw ??. She was warmly welcomed. Let’s hope this horror will end soon and Krystsina, as well as thousands of other exiled Belarusians, will be able to return home, to free and democratic Belarus. pic.twitter.com/VZK51dH5zf

Funds raised will be sent to the BSSF who provide financial, psychological and organisational assistance to Belarusian athletes affected by the Government of Alexander Lukashenko.

After finishing fourth in her women's 100m heat at the Tokyo 2020 Olympics, Tsimanouskaya was withdrawn from the 200m by the National Olympic Committee of the Republic of Belarus (NOC RB).

On the same day as her 100m race, the 24-year-old recorded a video on Instagram criticising the NOC RB for entering her in the women's 4x400m relay race, a distance she had not covered before, without her consent.

This was after Hanna Mikhailava and Krystsina Muliarchyk were removed from the Belarus team for Tokyo 2020 by the Athletics Integrity Unit, who said the athletes had not been tested enough by the national anti-doping organisation to allow them to compete at the Games.

Two days later on August 1, Tsimanouskaya was forcibly taken to Haneda Airport by officials, seemingly to be taken back to Belarus, but after reports from journalists and another video on social media, Tsimanouskaya was taken into protective custody by police overnight.

She received offers for asylum in other European countries, but chose to travel to Poland who ensured she would be able to continue competing.

At the Polish Embassy in Japan, Tsimanouskaya, her husband and fellow sprinter Arseniy Zdanevich were granted humanitarian visas, with asylum an option in future.

The regime’s hijack of the Ryanair plane was just the start of Lukashenka's international terror. They kidnapped Pratasevich & Sapega, they tried to kidnap Belarusian athlete Krystsina Tsymanouskaya. I call on ?? authorities & #IOC to ensure safety for all Belarusian athletes. pic.twitter.com/6y2tMsZTWU

On Wednesday (August 4), married couple heptathlete Yana Maksimava and Beijing 2008 decathlon silver medallist Andrei Krauchanka announced they would not return to Belarus, instead looking to seek asylum in Germany, where they train.

Krauchanka had previously been detained in Belarus for protesting against the Government.

Mass protests were sparked across the country in response to election results in Belarus in August 2020, which were widely dismissed as neither free or fair.

Lukashenko is regarded as "Europe's last dictator", with Belarus being criticised for its poor human rights record.

Tsimanouskaya's case came after journalist Roman Protasevich was "kidnapped" in May when Belarus dispatched a fighter jet to force a flight from Greece to Lithuania to land in Minsk, claiming there was a bomb threat.