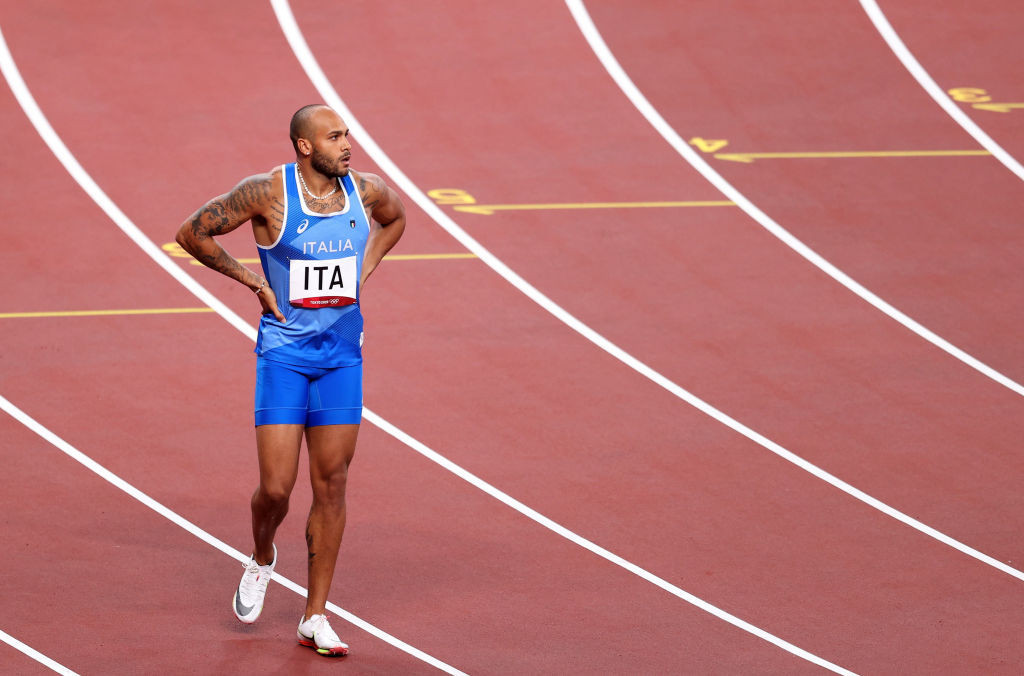 Italy’s Marcell Jacobs, who won gold here in the men’s 100 metres and 4x100m, cut ties with fitness expert Giacomo Spazzini in March following reports of a police investigation into the distribution of anabolic steroids, his agent confirmed.

Marcello Magnani, who represents the 26-year-old former long jumper who now stands at the top of the sprint world, also issued a categorical denial that his athlete has ever used performance-enhancing drugs.

Magnani told The Telegraph his athlete severed ties with Spazzini upon hearing about the investigation.

He ran the second leg for the Italian team that beat Britain to sprint relay gold by one hundredth of a second.

Jacobs had never run under 10s for the 100m until May this year.

He came to general notice by winning the European indoor title in March in an Italian record of 6.47sec.

Spazzini is a body builder and fitness consultant, who has previously given interviews about his role in helping Jacobs.

In a statement issued to The Telegraph, Magnani said: "I confirm you that Marcell stopped to work with Giacomo Spazzini in March, as soon as he has known about the investigation."

Jacobs, American-born, serves as a police officer in Brescia.

A spokesman for the local police in Milan told The Times that the Operation Muscle Bound investigation "had not concerned the athlete Marcell Jacobs."

Spazzini was quoted in the Libero Quotidiano newspaper last week talking about how he had worked with the double Olympic champion.

In a statement, Spazzini’s lawyer, Stefano D’Apolito, told The Times: "I write the following at the request of my client, Giacomo Spazzini, in relation to stories that have appeared in recent days in various publications.

"To settle any doubt, I would make clear that the athlete Jacobs was assisted - until the month of March - in a nutritional capacity by medical professionals of the centre that my client runs as a business owner.

"He is not a nutritionist and has never carried out such an activity which, I repeat, the centre offers its clients via specialist medical professionals.

"As regards the contact between my client and Jacobs, this has its basis in a relationship of friendship.

"Finally, I wish to make clear that in the penal proceedings in which Spazzini is being investigated, evidential elements have emerged in the course of these investigations that exonerate my client of all responsibility.

"I therefore trust that my client will be absolved in the preliminary phase of proceedings."

Antonio La Torre, the head coach of Italy’s track and field team, said that Jacobs can run even faster.

La Torre said: "With his infinite talent I dare to say that he’s a man who can run close to 9.70 — or maybe even faster."