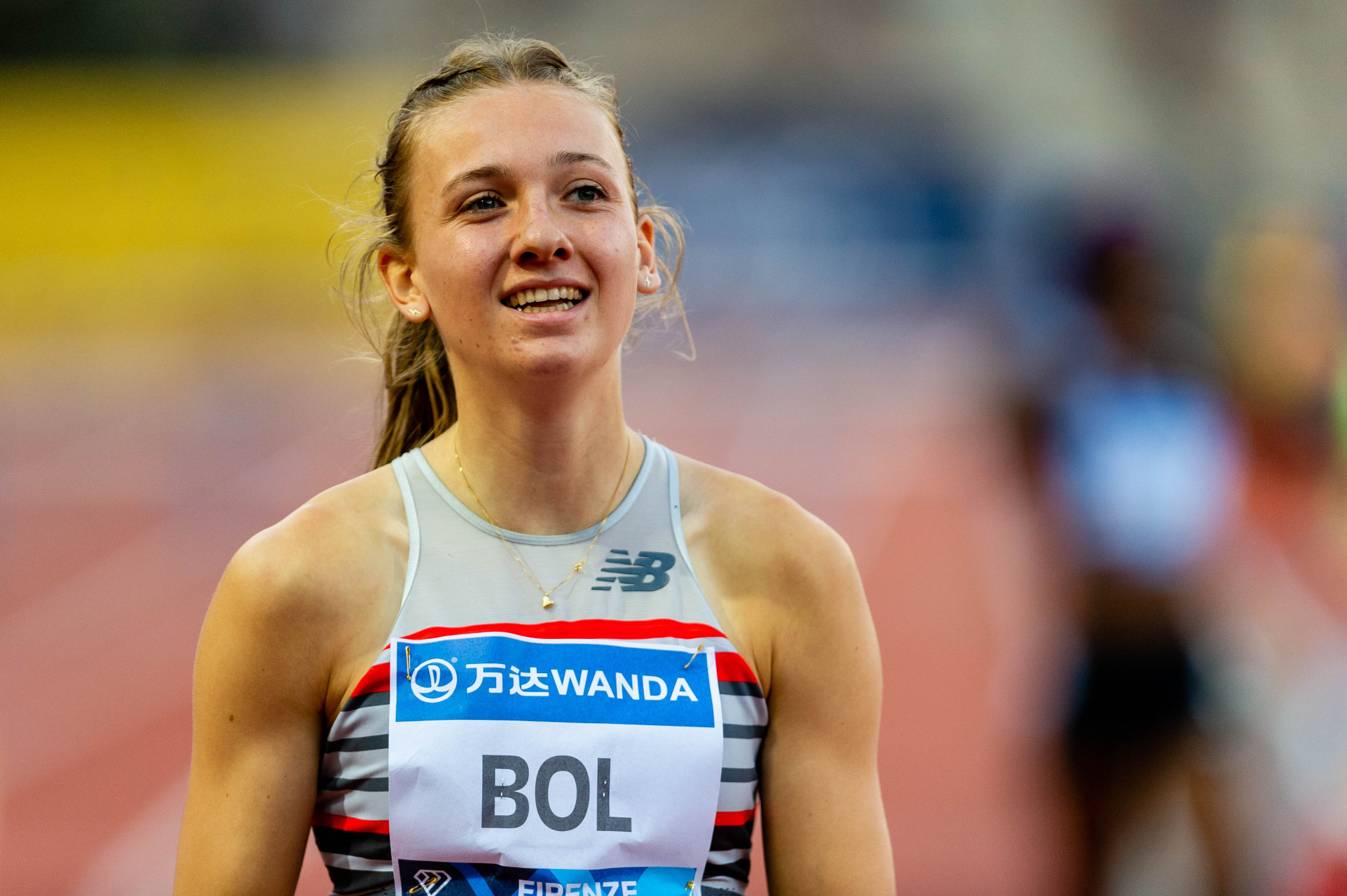 Femke Bol of The Netherlands became the latest athlete to produce a startling effort in the 400 metres hurdles in recent days as she won at the Diamond League event in Stockholm in 52.38sec, putting her fourth on the all-time list.

Bol's performance comes less than a week after Sydney McLaughlin set a world record of 51.90 in winning at the United States Olympic trials in Eugene, Oregon and just three days after Norway's Karsten Warholm bettered the 29-year-old men’s world record by running 46.70 at the previous Diamond League meeting in Oslo.

Bol, who won the European indoor 400m title in Torun in Poland in March, was pushed all the way to the line by McLaughlin’s compatriot Shamier Little, whose stumble in the trials cost the third Olympic qualifying place.

The American clocked a personal best of 52.39 ahead of Anna Ryzhykova of Ukraine, who finished in a national record of 52.96.

Back-to-back #DiamondLeague wins for Femke #Bol ?? in another European U23 400m hurdles record of 52.37.#StockholmDL??

Apart from McLaughlin, the only other women to have run faster than the 21-year-old Dutch athlete are McLaughlin’s compatriot Dalilah Muhammad, the world and Olympic champion, with 52.16 set in winning the world title in 2019, and Russia’s Yuliya Pechonkina, who set the old world record of 52.34 in 2003.

"It would be good to be able to have someone to chase so I can get closer to that sub-52 mark," Bol said.

She wiil not have to wait too long.

Shortly afterwards the 21-year-old Brazilian who chased Warholm home in the Oslo 400m hurdles in a South American record of 47.38, Alison dos Santos, underlined his emerging talent as he took another 0.04 off that mark in victory, with Turkey’s Yasmani Copello second in 48.19.

"I’m looking forward to the Olympics - and yes, I think I can get a medal," Dos Santos said.

In the women’s high jump, Ukraine’s rising 19-year-old talent Yaroslava Mahuchikh, the world silver medallist, produced a winning effort of 2.03 metres, a centimetre off her personal best and the best height recorded in the world this year, before having a good but unsuccessful crack at clearing 2.07m.

Also putting in an inspired performance was Australia’s Nicola McDermott, second in 2.01m, and thus adding a centimetre to her own Oceania record.

Local hero Armand Duplantis supplied the expected victory in the men's pole vault with his eighth 6.00m-plus effort of the season.

The 21-year-old world record holder, who has a best of 6.10m in this outdoor season, cleared a meeting record of 6.02m.

Duplantis then pushed on to try and add a centimetre to his world record with the bar set at 6.19m.

After three attempts, the record remained at 6.18m - but it remains on the Duplantis to-do list for this year.

Kenya’s world 1500 metres champion Timothy Cheruiyot, who was not given the third discretionary place for the Tokyo 2020 Olympics after finishing fourth in the trials, earned a little recompense for the season by winning in 3min 32.30sec from Spain's Ignacio Fontes, who clocked a personal best of 3:33.27.

In the women’s shot put New Zealand’s Valerie Adams, twice Olympic and four times world champion, made a victorious return to Diamond League competition for the first time since 2018 with an effort of 19.26 metres.

In February, the 36-year-old threw 19.65m for her longest throw for five years and what she described at the time as a "post-two-babies PB" following the birth of her daughter in 2017 and son in 2019, and she is heading for a fifth Olympics.

In the women’s 800 metres, Rose Mary Almanza of Cuba won in a meeting record and personal best of 1min 56.28sec from Natoya Goule of Jamaica, who clocked 1:56.44, and Kate Grace of the United States, winner in Oslo after missing out at the US Olympic trials, who improved her personal best to 1:57,36.

Britain’s 19-year-old European indoor champion Keely Hodgkinson was fourth in a big personal best of 1:57.51, bettering her own European under-20 record.

Jamaica’s world long jump champion Tajay Gayle saved his best to last with a winning effort of 8.55 metres - second-farthest in the world this year behind the 8.60m of Greek Miltiadis Tentoglou - in the controversial concluding final-three round.

Cuba’s world indoor champion Juan Miguel Echevarria, who had qualified for the jump-off with the best effort of 8.29m, finished second thanks to his concluding effort of 8.19m, with home jumper Thobias Montler, who set a personal best of 8.23m in the second round, finishing third after failing to record a final effort.

The controversial nature of the final-three format was shown up again in the women’s competition, where Germany’s world champion Malaika Mihambo produced the best effort of 7.02m in the third round but had to settle for second place when her concluding effort of 6.77m was bettered by the 6.88m produced by Serbia’s Rio 2016 bronze medallist Ivana Španović.

Thankfully as far as the modest home crowd was concerned the men’s discus did not provide a similar upset as their world champion Daniel Ståhl, who arrived for his final-three throw with the best mark of the competition, 68.84m, vouchsafed a win with 68.23m ahead of Slovenia’s Kristjan Čeh, who threw 66.82m in the first round and 64.74m with his last effort.

@WorldAthletics @Diamond_League y’all really have to change this rule. How the hell do have the longest jump but don’t win. pic.twitter.com/Authgi7EPw

Tokyo-bound Ronnie Baker, who set a 100m personal best of 10.85sec at the US Olympic trials in following home winner Trayvon Bromell, won in the 1912 Olympic Stadium in 10.03sec from Marcell Jacobs, Italy’s European indoor champion, who clocked 10.05.