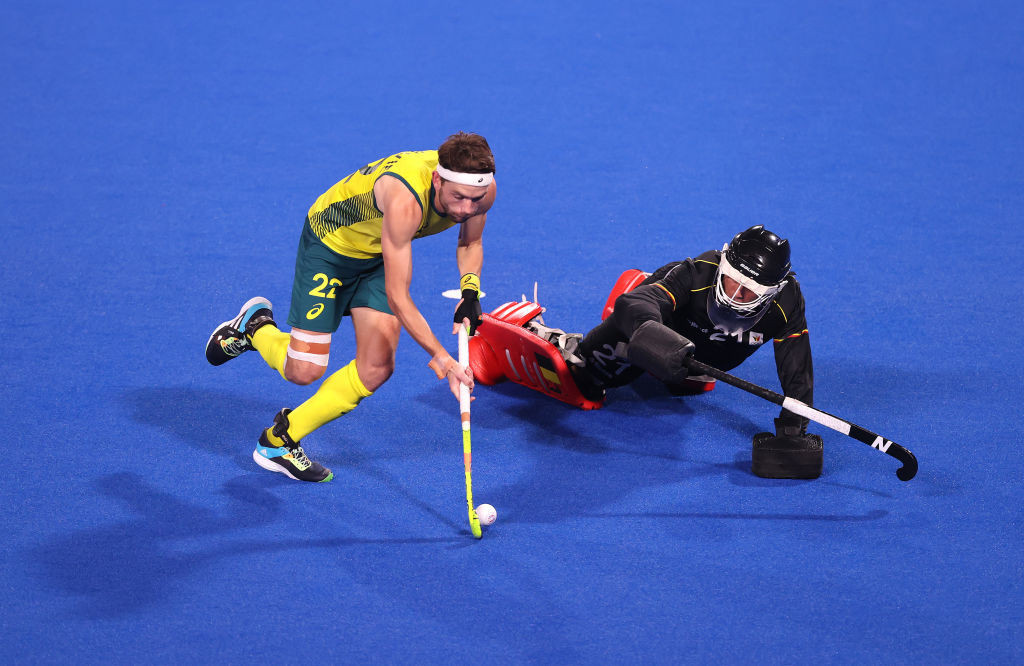 Goalkeeper Vincent Vanasch was the hero for Belgium as he saved twice from Jake Whetton, the second after the video umpire had ordered the Australian's effort to be retaken, to give Belgium a 3-2 shootout victory and the Olympic gold medal they have so desperately craved.

A tense and nervy encounter, where both sides had prolonged periods of momentum and attacking pressure, had finished 1-1 at the end of the 60 minutes.

Florent van Aubel put Belgium in front two minutes into the second half as he bundled home from close range after the ball had found its way into his path.

Australia flew forward in search of an equaliser and it came early in the fourth quarter when Tim Howard's shot deflected up in the air and over goalkeeper Vanasch, leaving Tom Wickham with an easy tap-in to level the Olympic final.

While world number one-ranked Australia looked the more likely of the two sides, neither team were able to find a winner, leaving a shootout to decide the Olympic champions.

Vanasch, who had earlier made a spectacular diving save to prevent Jeremy Hayward from restoring parity for Australia, denied Blake Govers and Josh Simmonds in the shootout before Alexander Hendrickx scored a penalty stroke to move Belgium to the brink of victory.

Belgium thought they had won it when Vanasch stopped Whetton - they even began celebrating - but after a wait which seemed to last forever, the video umpire decided he had committed an accidental foul and ordered his effort to be taken again, adding another dramatic element to an already suspenseful situation.

Thankfully for Belgium the outcome was the same as Whetton saw his effort saved, confirming Belgium as the Olympic gold medallists for the first time in their history.

"I will cherish that moment for a long time.

"This team is a dream team."

The triumph saw Belgium, ranked second in the world behind Australia, complete their rise to the very top of the sport after a largely dormant period which included failing to qualify for seven straight Olympic Games between 1980 and 2004.

It also ensured they went one better than the silver medal they claimed at the 2016 Olympics in Rio de Janeiro, where they were beaten 4-2 in the final by Argentina.

Defeat for Australia means their wait for a first Olympic hockey crown since Athens 2004 goes on.

India had earlier claimed their first medal in the sport at the Games since they won gold at Moscow 1980 as they beat Germany 5-4 in a thriller to take bronze.