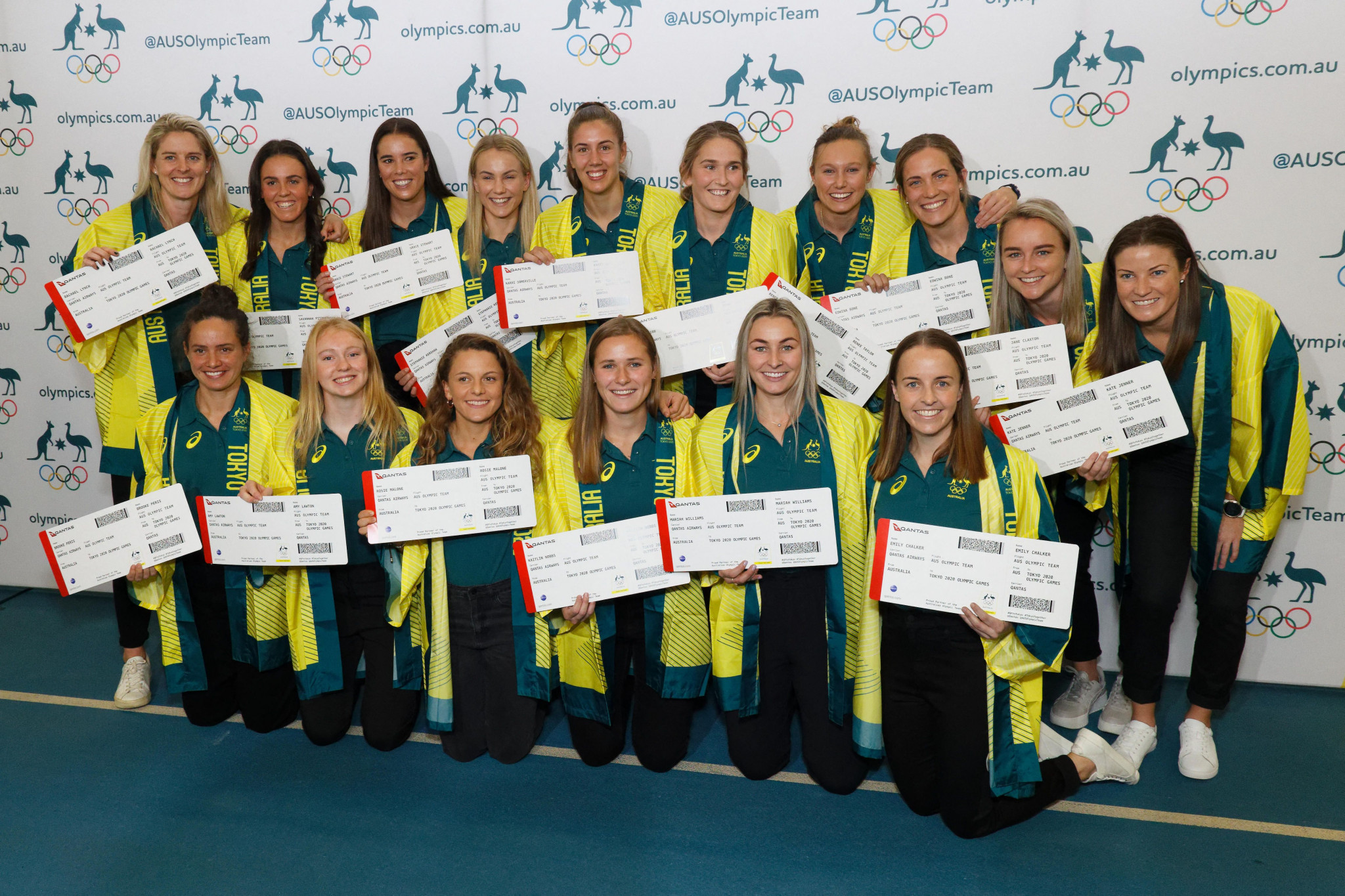 Star goalkeeper Rachael Lynch is set to return after being named in Australia's 16-strong squad for the Tokyo 2020 Olympics - but a mystery player has appealed the decision not to select them for the Games.

Lynch comes back into the squad having been removed from Hockey Australia's contract list in late 2020.

The goalkeeper and former captain Georgina Morgan were surprisingly axed from the 2021 list by then-coach Paul Gaudoin, who later resigned after a review into the women's set-up found it "dysfunctional".

Both successfully appealed, but Morgan was also left out of the recent four-test series in New Zealand.

Lynch, who was named the International Hockey Federation Goalkeeper of the Year in 2019, was deemed in-form enough to warrant selection for her second Olympics.

The identity of the appealing player remains confidential.

If the player chooses to go ahead with the appeal after receiving feedback on why they were not selected, it will go to an appeals tribunal.

"One of the athletes is appealing their non nomination, which just goes to show how difficult it was to pick this team," said Australian women's team coach Katrina Powell, appointed to replace Gaudoin earlier this year.

"There were 27 players in the squad, we used 26 of them in New Zealand, and all performed well.

"It's the right of the athlete to appeal, we're respecting that, and then we'll go through the process."

Hockey Australia has been in crisis following a series of allegations from past and present players against the women's team's hierarchy.

Two months prior to the release of the damning report, Hockey Australia high-performance manager Toni Cumpston quit before Gaudoin resigned.

Eight Olympic debutants are in the squad, including 19-year-old Amy Lawton, who is set to be the fourth youngest Australian hockey player in history at the Games.

Stephanie Kershaw makes the team for the first time after missing Rio 2016 due to injury.

The Tokyo 2020 Olympics are set to take place from July 23 to August 8 following its postponement from 2020 due to the COVID-19 pandemic.