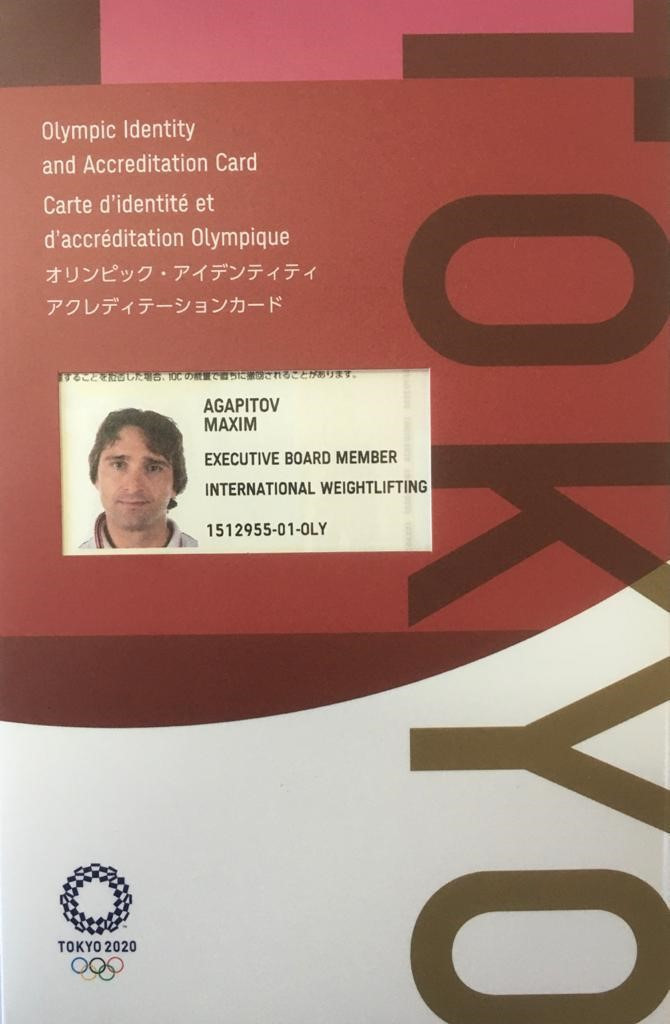 The International Olympic Committee (IOC) has been told to reinstate the accreditation of Russia’s most senior weightlifting official.

The Court of Arbitration for Sport (CAS) ruled in favour of Maxim Agapitov after a hearing that stretched over three days.

Agapitov, who had been personally criticised by the IOC earlier this year, had his accreditation for Tokyo 2020 withdrawn.

The former world champion from Russia had been told on July 15 that he "did not meet the criteria for accreditation of International Weightlifting Federation (IWF) officials".

He was due to attend as part of the IWF delegation to Tokyo.

The IOC highlighted the condition that officials must "not have a personal history linked to any anti-doping rule violation and/or sanction".

Agapitov was supported in his CAS case by Richard McLaren, the Canadian lawyer who did so much to expose state-sponsored cheating in Russian sport, and who also published a shocking report on corruption in weightlifting last year.

Agapitov’s lawyers, Klever Consult, said, "We managed to convince the panel of arbitrators that this violation cannot be regarded as a negative circumstance in relation to Maxim Agapitov, who for many years has been known in the weightlifting community as an implacable fighter against doping, fraud and corruption, both at the Russian and international levels.

"In many ways, such a victory was made possible thanks to the valuable support of the Canadian professor Richard McLaren, who praised the efforts of Maxim Agapitov in his fight against the corrupt system that had existed for many years within the IWF."

Since Agapitov became President of RFUF in 2016 he has led a clean-up of the sport throughout Russia.

Four non-international athletes tested positive at the recent National Championships, highlighting the fact that Russia now sets out to catch dopers and punish them, which did not happen in the past.

Among the documents Agapitov submitted to the CAS panel was a letter he wrote to the IOC on July 15, after being told that his accreditation had been withdrawn.

It said, "In 1994, being a young athlete I made a mistake, which I still regret very much.

"Admitting my guilt, I served the suspension imposed.

"I became a victim of doping myself.

"After I won a bronze medal in the World Championships in 1997 and underwent the doping-control, I found out that the athletes who had taken the first two places had tested positive.

"That's how I became the World Champion, proving that I competed absolutely clean.

"Since I tested positive, 27 years have passed.

"During this time, I have become one of the most active fighters against doping and corruption in weightlifting.

"I completely rebuilt the work of the Russian Weightlifting Federation after the publication of reports by the Independent Commission and Professor Richard McLaren.

"The number of detected cases has been dramatically reduced, a comprehensive anti-doping educational program was developed.

"In addition, I would like to draw your attention to the fact that I have been fighting corruption and lack of transparency in the IWF anti-doping program since 2018, harshly criticizing the policy of the previous leadership.

"I fully supported the idea of an independent investigation by Professor Richard McLaren and even actively participated in it, providing relevant testimony.

"Professor McLaren praised my cooperation during the investigation, saying that I ‘have shown leadership to other presidents’ and that I was ‘the most dedicated and committed person in the organization’.

"That is why the decision of the IOC was totally unexpected and disappointing for me.

"I’m reluctant to believe that the IOC does not trust the conclusions of Professor McLaren’s investigation and all its thankful words."

A statement by CAS said: "The Panel found that the evidence submitted by the parties was sufficient to demonstrate that Mr Agapitov did meet the criteria established by the IOC to receive an accreditation (in the sport of weightlifting) in relation to the Olympic Games Tokyo 2020, despite an anti-doping rule violation (ADRV) committed in 1994, at the time of his athlete’s career.

"The Panel considered that the criteria in case of any ADRV committed at any time in an athlete’s life was clearly disproportionate."

An unpublished part of the ruling criticised the IOC's decision to base its decision on the historic doping case rather than his recent efforts to improve the governance of weightlifting.

It stated: "Finally, the Panel highlights that the Applicant’s 1994 ADRV (anti-doping rule violation) is not even relevant or related to the IWF’s governance problems and its officials' reprehensible conducts towards doping, which have generated the issuance of the IOC’s criteria.

"Quite to the contrary, Prof McLaren, certainly the best positioned person to make any finding in this respect, has convincingly testified that the Applicant had an affirmative approach in fighting against doping and in restructuring the governance of the IWF.

"As such, the withdrawal of the Applicant’s accreditation does not actually serve the purpose pursued by the IOC and could even be perceived as counterproductive in that respect."

Four other members of the IWF Board had their accreditations withdrawn - Mahmoud Mahgoub of Egypt, Zhanat Tussupbekov of Kazakhstan, Skakrillo Makhmudov of Uzbekistan and José Quiñones of Peru.

Egypt is banned outright from Tokyo for multiple doping violations, Kazakhstan and Uzbekistan have reduced quotas for the same reason, and Quiñones is nearing the end of a suspension imposed by his National Olympic Committee in 2016 after allegations of financial mismanagement.

None of the other four has challenged the IOC’s decision.