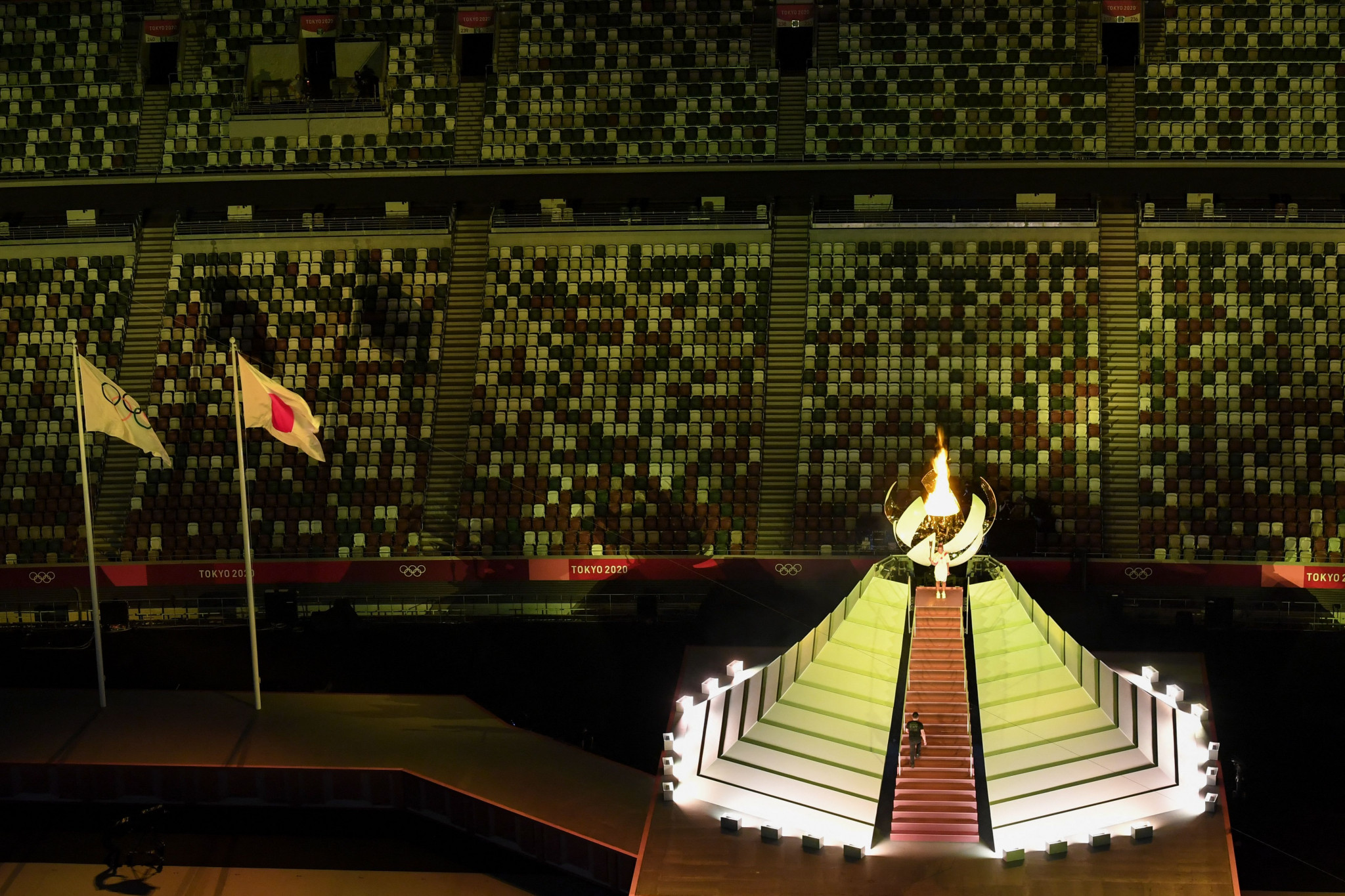 The world has reacted to the Opening Ceremony which began the Olympic Games a year late here under the shadow of the coronavirus pandemic.

Tennis star Naomi Osaka lighted the Olympic Flame in front of a near-empty stadium here, while protests outside the venue could be heard during some parts of the show.

Media around the globe have reflected on an event which lacked the razzamatazz of past Ceremonies, in order to reflect the sadness felt by the world amid the global health crisis.

Associated Press reported Tokyo 2020 had begun with a "muted ceremony" and "devoid of the usual crowd energy".

Reference was made by Japan's Kyodo News to the "pandemic's unprecedented shadow" at the opening while Reuters said the curtain-raiser was "shorn of glitz and overshadowed by a pandemic, but defined by hope, tradition and gestures of diversity".

The Guardian in London said organisers had "played it safe" amid the current circumstances while the BBC reflected on a "sombre tone".

"No carnival like Rio, no skydiving monarchs like London, but a more sombre tone, a sobering reminder that this is a Games taking place in a world still facing its toughest challenge," BBC Sport reported.

L'Equipe in France said the "show was very visual to compensate for the absence of an audience on site".

China's Xinhua ruled that "despite mixed feelings of many towards this Games, host Japan has sent the world a message to head through the chaotic reality nowadays with a scaled-down Opening Ceremony".

The Opening Ceremony is often described as the first gold medal of any Olympics.

The unique circumstances surrounding the Games have not insulated the ceremony from the usual judgement but as usual, opinions were polarised.

In Australia, the Ceremony was beamed prime time on the East Coast, Fox Sport said, "A jarring reminder of just how unusual these Olympic Games are."

One correspondent took Twitter to brand it, "The worst opening ceremony I’d seen. It was like going to a funeral."

The Japan Times in Tokyo insisted that "for many it was worth the wait."

The Yomiuri Shimbun had said "many predicted a tragedy but this was a triumph".

The Mainichi highlighted the importance of Manga, the famous comics orginating from Japan.

In the United States, National Public Radio targeted into NBC’s coverage which it described as "a giddy energy for the that resolved into a factoid-sprinkled patter reminiscent of the Macy's Thanksgiving parade narration."