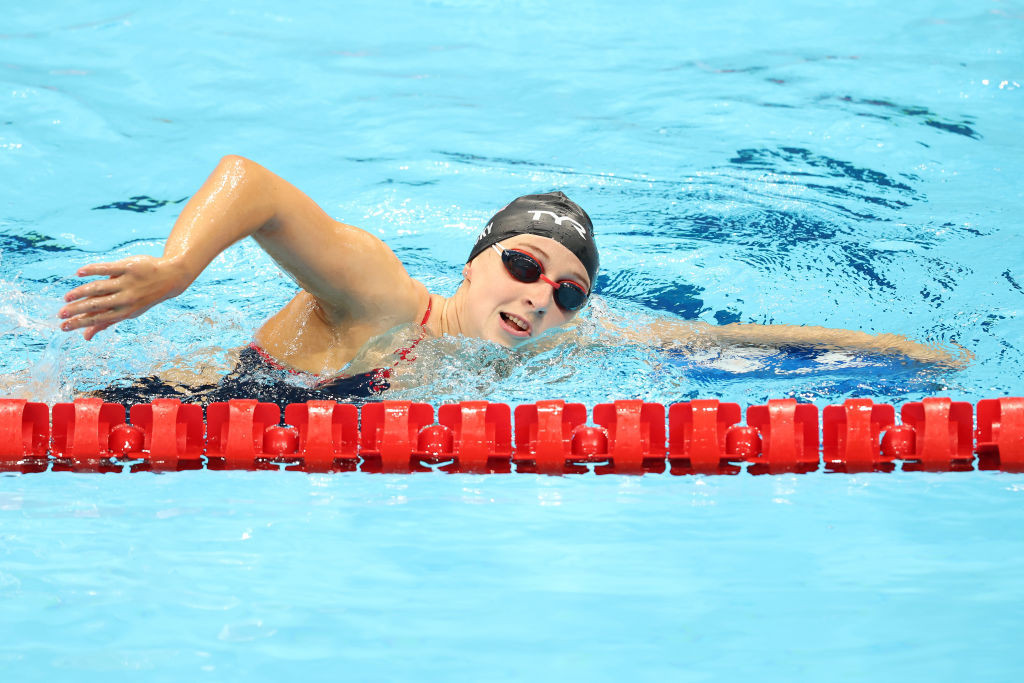 The newly-built, 15,000 capacity Aquatics Centre will not see any spectators but it seems certain to witness a succession of United States victories for Katie Ledecky and Caeleb Dressel.

Ledecky is seeking to add to her collection of five Olympic golds, including four in individual events.

One of her best chances is in the newly added women’s 1500 metres freestyle, at which she holds the world record.

Ledecky’s team-mate Dressel also carries heavy the United States' hopes into the competition having won seven world golds in 2017 and six in 2019.

In Tokyo, he could challenge world records in the 50 and 100m metre freestyle races, in addition to the 100m butterfly where he set the record in 2019.

Simone Manuel, who became the first African-American woman to win Olympic swimming gold in Rio, where she triumphed in the 100m freestyle, failed to qualify at that distance after overtraining before the US trials.

But she recovered to win an individual outing in the 50m freestyle and will be concentrating her energies there.

Britain’s Adam Peaty will seek to maintain his dominance in the 100m breaststroke.

At the 2019 world championships, he became the first swimmer to break 57 seconds for the event, clocking 56.88sec.

Peaty has set the 18 fastest times in the event - and nobody else has bettered 58 seconds.

With five Olympic medals to her name already, Australia’s Cate Campbell is competing in her fourth Olympics.

She took bronze in the 50m freestyle at the 2019 world championships and silver in the 100m.

She will face stiff competition from fellow Australian sprinter Emma McKeon, who has posted the world’s three fastest 100m times of the year.

Sweden’s Sarah Sjöström will defend her Olympic 100m butterfly title and will be seeking further podium glory in the 50 and 100m freestyle, for which she is the world record holder.

Mitch Larkin is another strong medal hope for Australia in the men’s 200m individual medley.

Home hopes will be carried by Daiya Seto, the Rio 2016 bronze medallist in the 400m individual medley and the 2019 world champion.