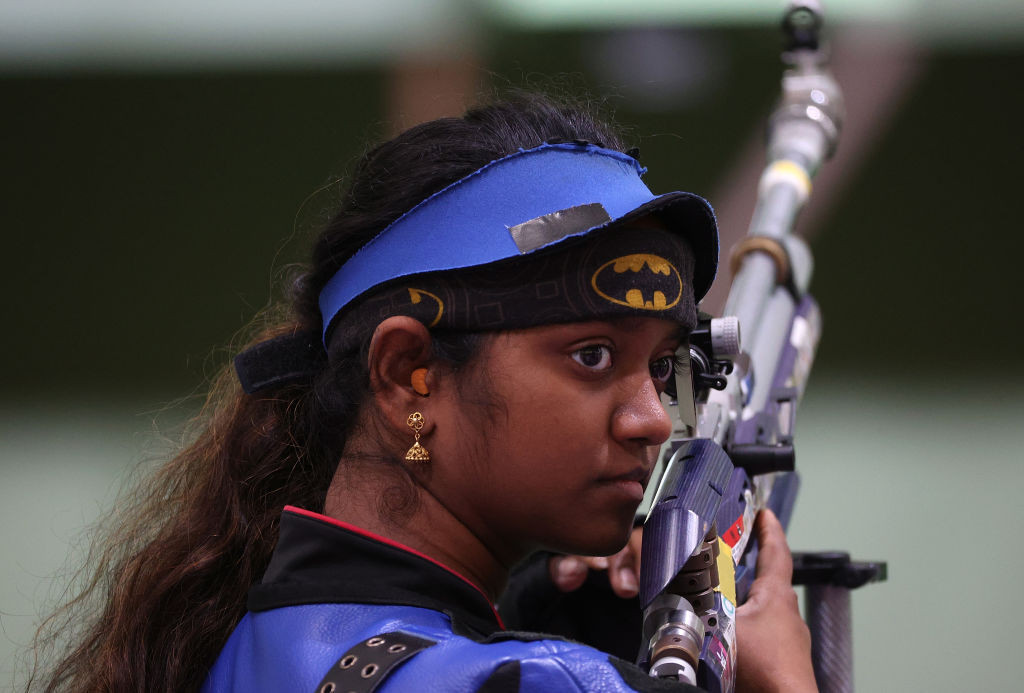 Elavenil Valarivan will aim to become the first Indian woman to win a medal in shooting at the Olympic Games when she competes in the women's 10 metres air rifle event here at Tokyo 2020 tomorrow.

Valarivan arrives in the Japanese capital as the world number one in the competition, the first medal event of the postponed Tokyo 2020 Olympics.

The 21-year-old, a World Championships silver medallist and two-time winner on the International Shooting Sport Federation's (ISSF) World Cup circuit, has been tipped for glory in her native India.

She will be just the second Indian Olympic champion should she triumph tomorrow after Abhinav Bindra won the men's 10m air rifle title at Beijing 2008.

Mary Carolynn Tucker of the United States is also expected to challenge as she bids to follow in the footsteps of compatriot Virginia Thrasher, who claimed gold in the event at the 2016 Olympics in Rio de Janeiro.

Chinese Taipei's Lin Yin-Shing could be among the other contenders for victory at the Asaka Shooting Range, where the honour of being the first Olympic champion crowned at the Tokyo 2020 Games will be up for grabs.

Chaudhary Saurabh is out to make history of his own by becoming the youngest Indian medallist at an Olympics.

Saurabh, who is 19 years and 73 days old, will take that particular record from Rio 2016 badminton silver medallist PV Sindhu if he finishes in the top three.

The ISSF has said more than 356 athletes representing 100 countries will participate in shooting events at the Games in the Japanese capital.