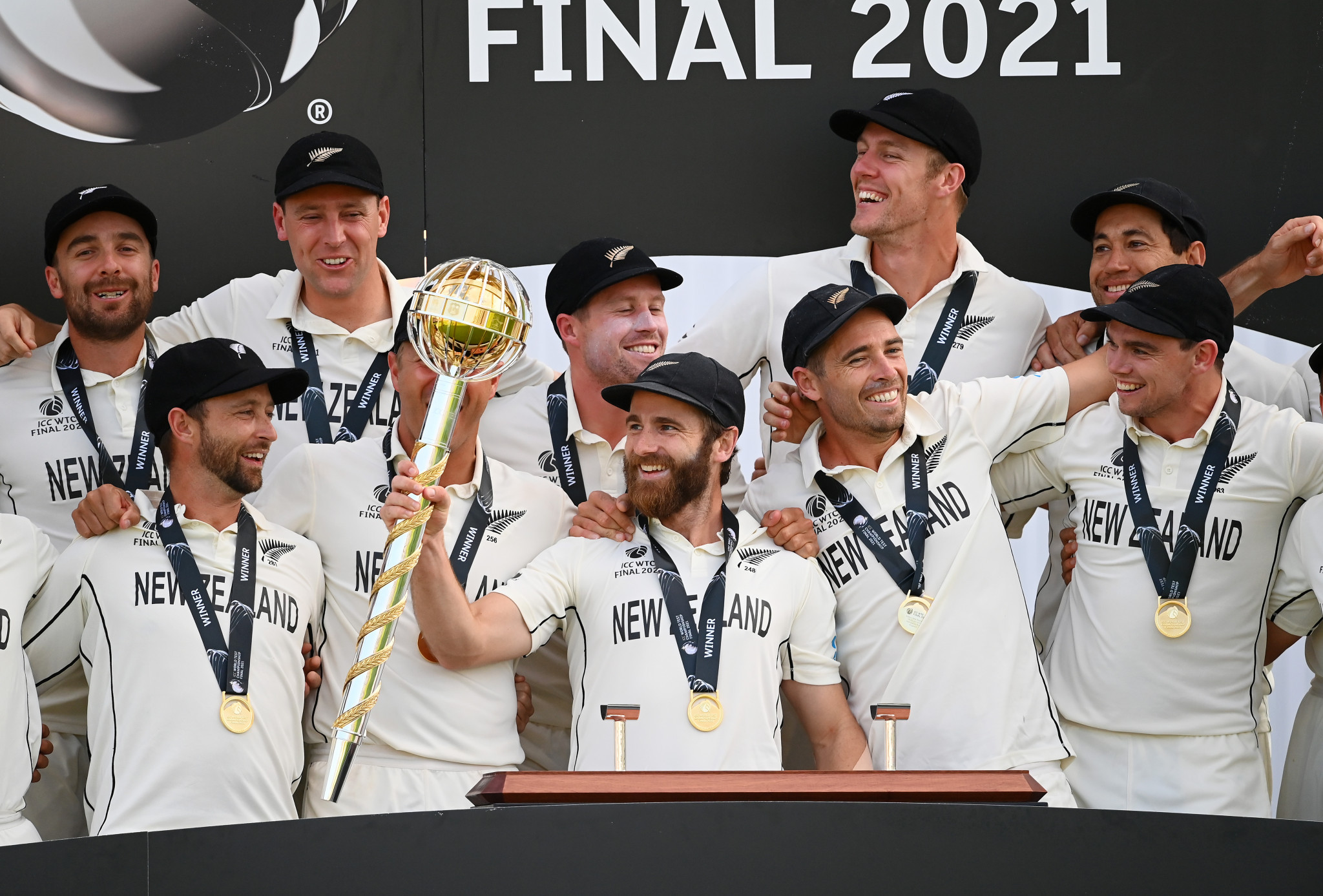 The International Cricket Council (ICC) has confirmed a simplified points system for the second World Test Championship (WTC2), which begins next month.

Teams will now receive 12 points for a win, four for a draw and six in the event of a tied match.

A percentage of points won will be used to calculate the standings.

The previous regulations had come in for criticism and ICC acting chief executive Geoff Allardice admitted they “received feedback that the previous points system needed to be simplified.”

The Cricket Committee took this into consideration when proposing a new, standardised points system for each match.

All matches in a WTC series count towards a team’s standing, while accommodating series varying in length between two and five Tests.

Allardice said: “During the pandemic, we had to change to ranking teams on the points table using the percentage of available points won by each team since all series could not be completed.

“This helped us determine the finalists and we were able to complete the championship within the scheduled time frame.”

As in the first World Championships, the participating teams each play six series in a cycle which lasts until March 31 2023.

It begins with the England v India series starting on August 4 at Trent Bridge, Nottingham.

India lost to New Zealand in a rain-affected WTC final at Southampton last month, but captain Virat Kohli insisted: “We saw the determination of players throughout the first edition of the championship.

“The following of cricket lovers too was great to see, and I am sure they will all be eagerly waiting for the second edition.

“We will regroup with new energy for the next cycle starting with our series against England, hoping to give our fans a lot to cheer about.”

The series is scheduled for November on the subcontinent.

“We know trying to defend the title will be a huge challenge, but our focus will be on making sure we prepare as well as we can for the tours ahead and trying to maintain our level of performance,” New Zealand skipper Kane Williamson said.

“The WTC has certainly added more context and brought new meaning to Test cricket and it was awesome to see the interest that was generated around the Final against India.”

Australia begin their challenge with a home series against England in December.

They will also defend The Ashes, a historic urn first presented after the 1882-1883 series between the two countries.