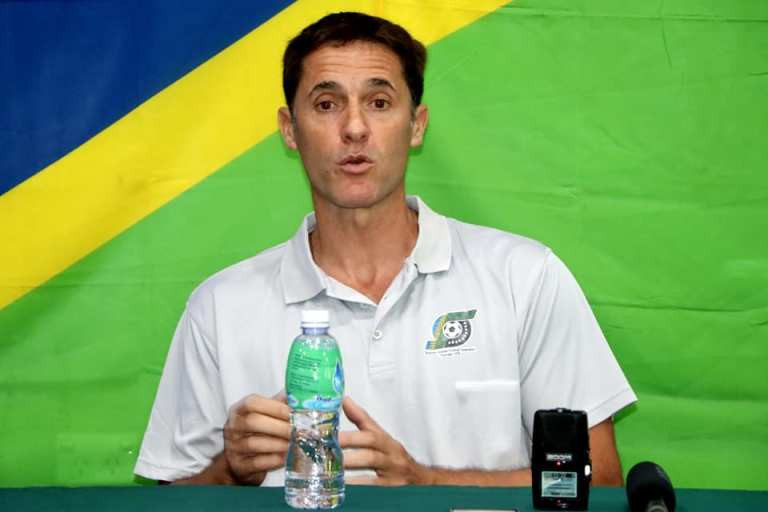 The Solomon Islands' returning Spanish football coach Felipe Vega-Arango has revealed that winning the gold medal for the first time at the 2023 Pacific Games in Honiara is his main target.

Vega-Arango was reappointed by the Solomon Islands Football Federation last month for a second spell as the country’s coach and believes that winning the football tournament when the Solomon Islands, ranked 143rd in the world by FIFA, hosts the Pacific Games for the first time would represent a significant step forward.

"We have not set a target yet [for World Cup qualification], but it is obvious that winning the gold in the Pacific Games 2023 here in Honiara is a priority," he told Football in Oceania.

"Also, even though is a long-time project, qualifying to the 2026 World Cup would be amazing.

"But for now, the main goal is to work really hard, to practice hard, and to make the players the best possible, get the best out of them.

"There is talent here and the players have to believe in themselves.

Men’s football has appeared in every edition of the Pacific Games since it was first held at Suva in Fiji in 1963.

The winners were New Caledonia, who beat hosts Fiji 8-2 in the final.

It was the first of a record seven titles won by the special collectivity of France.

The Solomon Islands have never lifted the title but reached the final at Port Moresby in 1991, losing 5-4 on penalties to Fiji after a 1-1 draw, and then being defeated by hosts Tahiti 2-0 at Papeete in 1995.

They also reached the final at Nouméa in 2011, again losing to the hosts, New Caledonia, 2-0.

The Solomon Islands also won the bronze medal at Tumon 1975 and Suva 1979.

The defending champions in Honiara will be New Zealand, winners of the Pacific Games gold medal for the first time at Apia in Tonga in 2019 when they beat New Caledonia 2-1 in the final.

He won his first two matches against Papua New Guinea 3-2 and 2-1 to qualify to meet New Zealand in a playoff for a place at the 2018 FIFA World Cup in Russia.

The Solomon Islands lost the first leg 6-1 but drew the second 2-2.

"I took the job because I love coaching and Solomon has wonderful talents and we can improve a lot," Vega-Arango told Football in Oceania.

"Also, the time [in 2017] that I was the technical director, and I coached the team for a short period.

"It was nice but too much work.

"TD and coach are really hard, now I can focus just on training.

"I always wanted to do this."