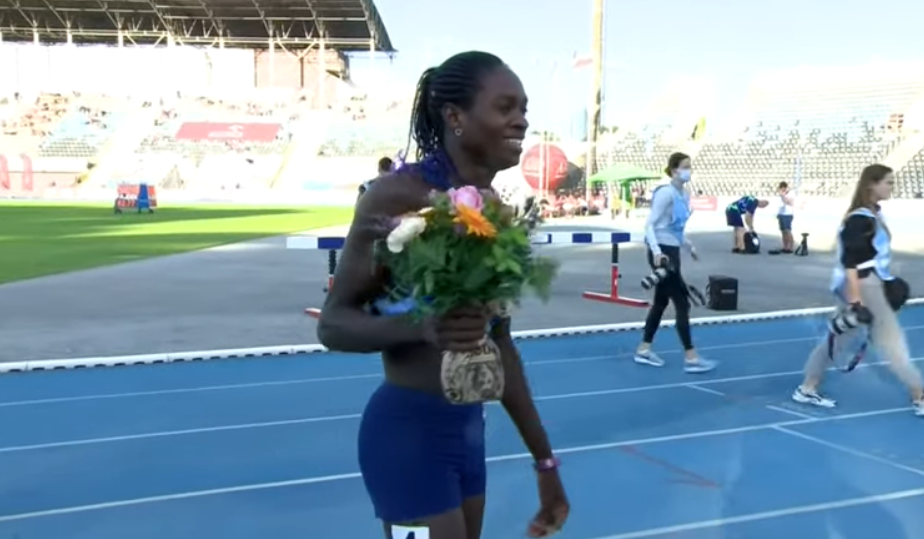 Namibian teenager Christine Mboma, who ran the fastest women's 400 metres time of the year on Wednesday (June 30), will not be allowed to compete over the distance at the Olympics because of World Athletics' rules on testosterone levels.

Mboma and compatriot Beatrice Masilingi, both 18, were made to undergo an assessment by World Athletics, the results of which indicate that the pair have differences in sexual development (DSD) and high natural levels of testosterone.

In the short term, it means neither will be able to race over their preferred distance at the Olympics.

Both have qualified for the 200m, however, which they are allowed to run.

The Namibia National Olympic Committee (NNOC) issued a statement confirming the situation and that the athletes had been tested in Italy, where they are training.

"It is important to understand that both our athletes were not aware of this condition neither did any family member, their coach or the NNOC-CGA were aware of it," the NNOC said.

"The NNOC-CGA and our medical officer, Dr Ben Viljoen are in close contact with Dr Stephané Bermon, medical officer of World Athletics with regards to the way forward in the interest of our two sprinters.

"We will analyse all information and apply it in the best interest of those two young girls.

"We are positive on their future as elite athletes.

"This should not be viewed as negatively but rather as a new challenge and opportunity."

Mboma's 48.54sec run at the Irena Szewińska Memorial meeting in Bydgoszcz broke the under-20 world record and is the fastest time recorded this year.

Only six women have ever run faster - one of them the Bahamian Olympic champion Shaunae Miller-Uibo.

Miller-Uibo and Mboma are the only athletes to have run faster than Masilingi's season best of 49.53 this year.

World Athletics' rules mean that DSD athletes with high natural levels of testosterone wanting to compete over the distances in question need to medically limit that level to less than 5 nmol/L, double the normal female range of below 2 nmol/L.

World Athletics insists that the rules exist to protect women's sport, but others have criticised them for infringing on human rights.

The United Nations has also called for the regulations to be changed.

Three-time world champion Semenya, who is refusing to take medication to lower natural testosterone levels, failed in an attempt to qualify for Tokyo 2020 in the 5,000m instead.