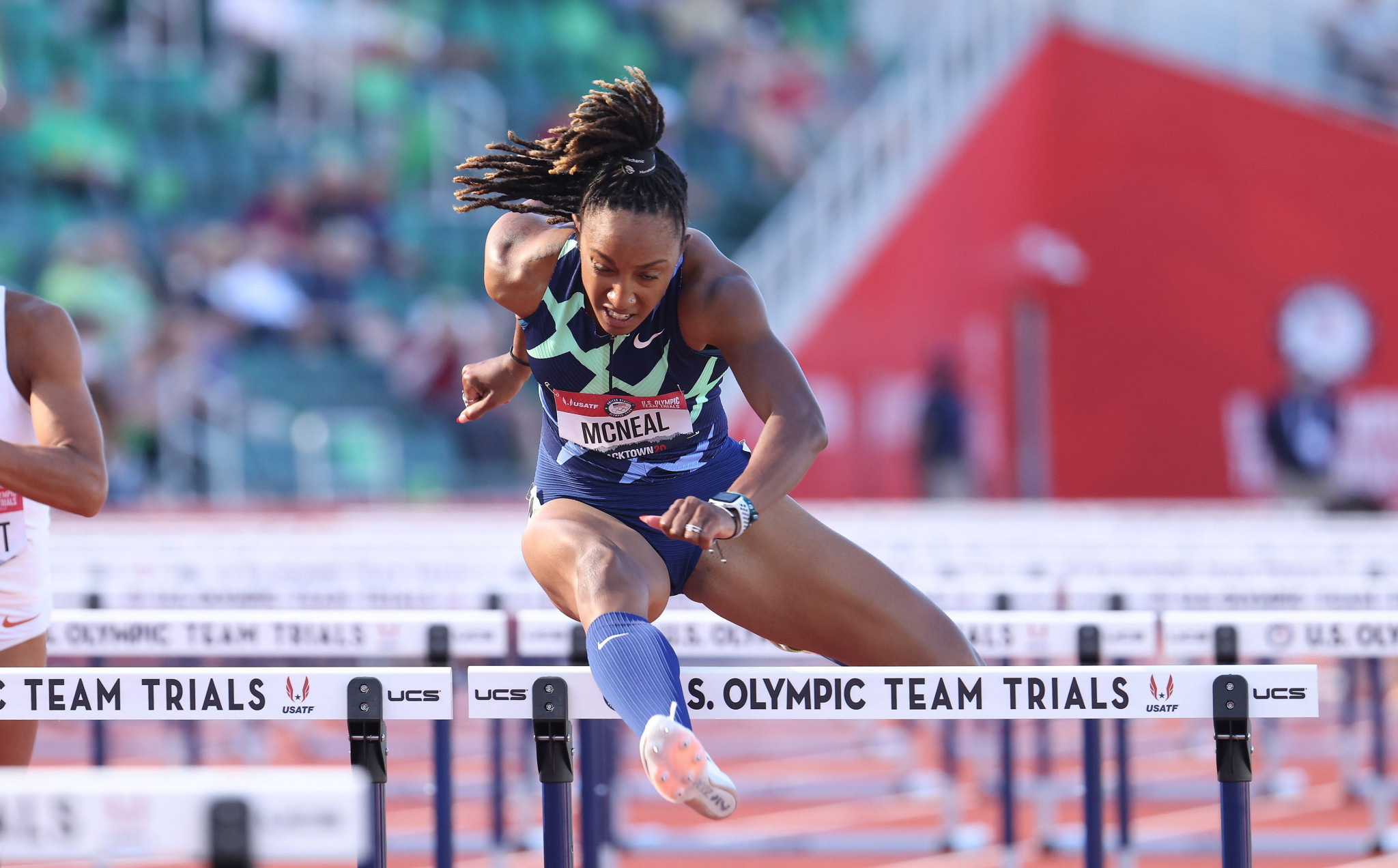 Brianna McNeal has been ruled out of Tokyo 2020 after the reigning women's 100 metres hurdles champion saw her five-year ban upheld by the Court of Arbitration for Sport (CAS).

McNeal was sanctioned in April by the World Athletics Disciplinary Tribunal, although the outcome was only revealed last month.

The American was sanctioned after the Athletics Integrity Unit deemed she was guilty of "tampering within the results management process".

McNeal, formerly known under her maiden name Rollins, was permitted to compete in the United States Olympic trials while the case was subject to appeal.

McNeal finished second in 12.51sec behind world record-holder and world silver medallist Kendra Harrison, which would have seen her earn an Olympic berth should her appeal have been successful.

The CAS has confirmed that it has dismissed an appeal by McNeal.

The body has partially accepted an appeal by World Athletics.

This has led to all competitive results obtained by McNeal between February 12 and August 14 in 2020 being disqualified.

This will include the forfeiture of any medals, titles, points, prize money and prizes.

McNeal will now be ineligible for the Tokyo 2020 and Paris 2024 Olympic Games, as well as the 2022 World Athletics Championships.

McNeal's sanction will see Gabbi Cunningham added to the US team for the women's 100m hurdles at Tokyo 2020.

Cunningham had finished outside the three automatic qualification spots at the US Olympic trials, behind Harrison, McNeal and Christina Clemons.

McNeal previously missed the 2017 World Championships after being handed a one-year ban for whereabouts failures in 2016.

McNeal said at the time she forgot to update details of her whereabouts and was attending a fete of honour in her hometown and travelling to the White House to meet former US President Barack Obama respectively.

She led an American podium clean sweep at Rio 2016 with Nia Ali and Kristi Castlin.

McNeal is banned until August 14 2025, by which time she will be four days shy of her 34th birthday.