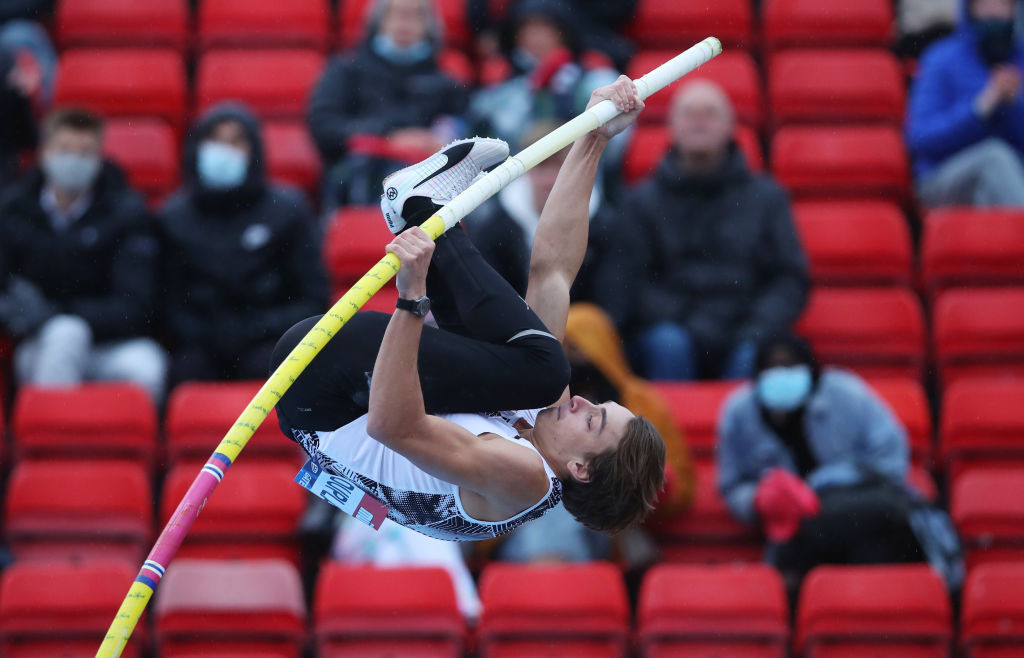 Three days after local hero Karsten Warholm wowed Oslo’s Bislett Stadium with a world 400 metres hurdles record, another favoured son, Mondo Duplantis, will be the centre of attention tomorrow as the Wanda Diamond League moves on to Stockholm.

While Warholm’s time of 46.70sec was the mark with the mostest in the Norwegian capital, Duplantis set a meeting record of 6.01m - his seventh 6.00m-plus win of the season - to beat double world champion Sam Kendricks of the United States and Renaud Lavillenie, the Frenchman whose world record he bettered last season.

All three will be involved again at the Bauhaus-Galan Games in front of a restricted but doubtless enthusiastic crowd of 3,000.

The competition will enriched by the addition of Chris Nilsen, the US athlete who beat the US-based Duplantis’ National Collegiate Athletic Association record and won at the World Continental Tour Gold meeting in Bydgoszcz on Wednesday with 5.92m, a centimetre below his best.

After clearing 6.01m at his first attempt in Oslo, Duplantis had three attempts at 6.19m, which would have added one centimetre to his own world record set indoors in Glasgow in February 2020.

"I really think I can get that record soon," he said afterwards.

"It will come this season."

"800m has just skyrocketed...it's going to make for an interesting #Tokyo2020" ?@keelyhodgkinson ?? is excited by the "crazy" progress in her event, both in the UK and internationally, ahead of competing @BAUHAUSGALAN.#DiamondLeague #StockholmDL ?? pic.twitter.com/mRnlLr7XBD

Gayle has jumped 8.27m this season, while Echevarria’s best so far this year is 8.38m.

In February, the 36-year-old threw 19.65m for her longest throw for five years and what she described at the time as a "post-two-babies PB" following the birth of her daughter in 2017 and son in 2019, and she is heading for her fifth Olympics.

"It's pretty awesome to be back!"

Now a mum of two, she still loves the sport as much as she did at 21!#DiamondLeague #StockholmDL ?? pic.twitter.com/YwPjGJSfeB

Track events will offer potential compensation to two athletes who failed to earn selection for Tokyo 2020 after competing at their national trials.

Kenya’s world 1500m champion Timothy Cheruyiot, who was not given the third discretionary place in the team after finishing fourth, will be seeking a third consecutive win on this track.

Kate Grace will be seeking another boost after her US Olympic Trials 800 metres disappointment following her victory in Oslo in a personal best of 1min 57.60sec.

While Warholm will not be in the Stockholm 400m hurdles, Alison dos Santos, the 21-year-old Brazilian who chased him home - relatively speaking - and was rewarded with a South American record of 47.38, will be.

His opposition will include the Commonwealth champion from the British Virgin Islands, Kyron McMaster.