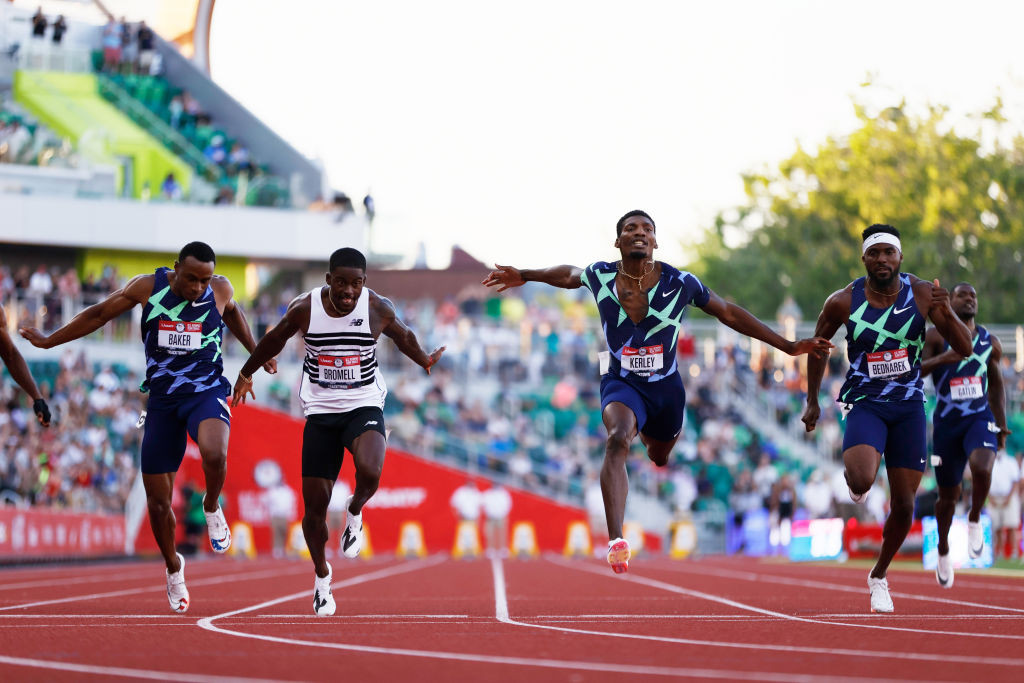 Resurgent sprinter Trayvon Bromell lived up to his position as the fastest men’s 100 metres runner of the season as he claimed victory at the United States Track and Field Olympic trials in Eugene, Oregon in 9.80sec.

That was just 0.03 slower than the time the 25-year-old ran in his home state of Florida on June 5 to top this year’s world list, ensuring a return to Olympic competition after his traumatic experience at the 2016 Games in Rio de Janeiro.

After winning the world indoor title in 2016, Bromell was troubled for most of the outdoor season with an Achilles tendon injury, and after finishing eighth in the 100m final in Rio he tore his tendon as he lunged for the line to cross third in the 4x100m relay, 0.02 ahead of Canada’s Andre De Grasse.

Shortly afterwards the US team were disqualified for a faulty first exchange of the baton.

Bromell was followed home in the newly re-built Hayward Field by Ronnie Baker, who ran a personal best of 9.85, and former 400m specialist Fred Kerley, whose success over shorter sprints this season prompted him to switch his main focus.

Kerley’s gamble paid off as he took the third automatic qualifying spot in 9.86.

World 200m champion Noah Lyles, who had qualified with 9.97 in the semi-final, missed out as he finished seventh in 10.05, one place ahead of the 39-year-old former world and Olympic champion Justin Gatlin, who clocked 10.87 after suffering from a hamstring injury at the halfway point.

Rio 2016 100m hurdles champion Brianna McNeal, allowed to compete in the trials pending her appeal to the Court of Arbitration for Sport against a five-year ban for a second doping offence, finished second in 12.51 behind world record holder and world silver medallist Kendra Harrison.

Christina Clemons claimed the third qualifying position in 12.53, with Gabbi Cunningham, who clocked the same time but was five thousandths of a second slower, currently out of the team.

Allyson Felix reached her fifth Olympics, and first as a mother, in taking second place in the women’s 400m in 50.02 behind Quanera Hayes, who clocked 49.78, with third place going to Wadeline Jonathas in 50.03.

Felix, 35, was fourth entering the final straight, but made up two places to record her season’s best time and reach what she says will be her last Games.

She made her Olympic debut in 2004 and has won nine Olympic medals including six golds.

Vashti Cunningham confirmed her Tokyo place as she won the women’s high jump with 1.96 metres, but neither the second and third-placed Inika McPherson and Nicole Greene, who each cleared 1.93m, yet has the Olympic qualifying standard of 1.96m.

Garrett Scantling topped the decathlon standings with 8,647 points from Steven Bastien, who scored 8.485, and Zach Ziemek, who totalled 8,471.