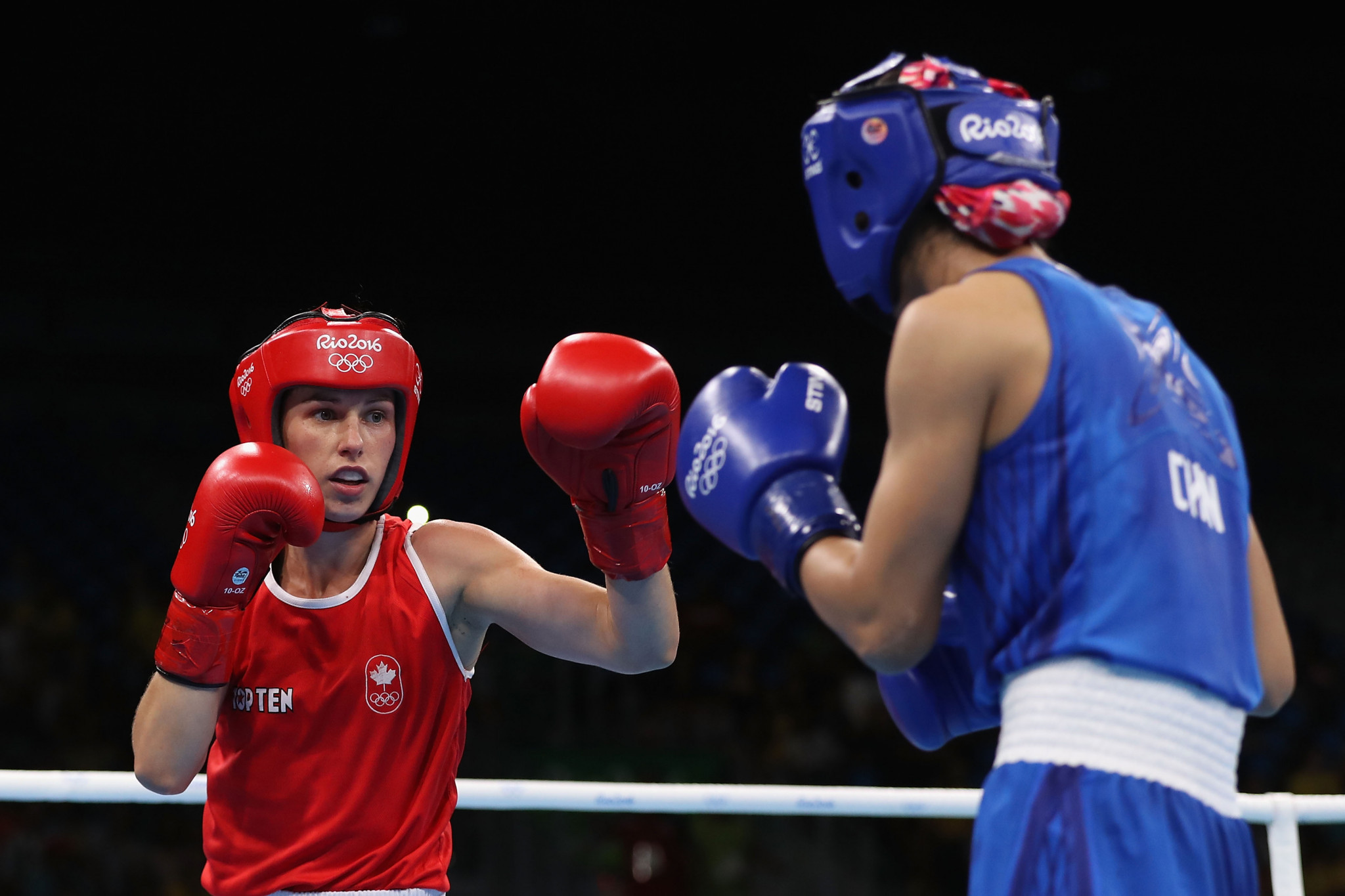 Canadian boxer Mandy Bujold's dream of competing at Tokyo 2020 has been kept alive after she succeeded in her appeal to the Court of Arbitration for Sport (CAS) against a decision which ruled her out of the delayed Olympic Games.

Bujold challenged the ruling to ensure the International Olympic Committee (IOC) Boxing Task Force accommodates for female athletes who were pregnant or postpartum during an Olympic qualification period.

The Canadian had initially been due to compete at the Tokyo 2020 Olympic qualifier in Buenos Aires, which was scheduled to be held from May 10 to 16 before being cancelled amid concerns over COVID-19 travel restrictions.

The cancellation led to the IOC Boxing Task Force ruling qualification would be decided via rankings.

Bujold said the ranking system is based on events she was unable to attend due to her pregnancy and maternity leave, which led to her missing out on a place at the Games.

She had had been ranked second in the world before her maternity leave.

The Canadian did not compete in the three events used for the revised ranking.

The IOC turned down an appeal by Bujold, but the Rio 2016 Olympian has succeeded in challenging the decision at the CAS.

"I am proud to say that my legal battle was won,” Bujold posted on Twitter.

"The court ruled the IOC Boxing Task Force’s qualification decisions must include an accommodation for women who were pregnant or postpartum during the qualification period.

"My Olympic dream is still intact.

"I had an incredible legal team fighting this battle with me, led by Sylvie Rodrigue of Torys LLP.

"We left it all in the ring.

"It was one of the biggest fights of my career, but also the fight with the most meaning.

"I was standing up for what I believe is right and for the dream I had worked so hard for.

"And I am so proud that we’ve set a human rights precedent for female athletes now, and for the generations to come.”

Rodrigue, Bujold’s lawyer, told the Canadian Broadcasting Corporation that the boxer would feature in Canada’s team for the Tokyo 2020 Olympics.

Rodrigue noted that Bujold had planned her pregnancy around the qualification process for the Games, which was later impacted by the COVID-19 pandemic.

Boxing Canada and the Canadian Olympic Committee (COC) have welcomed the outcome of the CAS case, with the former hailing a "historic decision",

"What an incredible and rightful decision, not only for Mandy and her legal team, but also for all the other female athletes who will benefit over time from this decision,” said Boxing Canada executive director Roy Halpin.

"We understand that the qualification systems have been extremely complicated and some decisions resulted in unintended consequences," a statement from the COC read.

"We agree with the decision to grant this appeal recognising these consequences and the need for accommodation in cases where discrimination has resulted."

In a separate development, Tokyo 2020 have reportedly allowed breastfeeding women to bring their babies to the Games after an appeal from Canadian basketball player Kim Gaucher.

Gaucher had said on Instagram that she had faced a choice of missing the Games or spending 28 days without her three-month old daughter.

Families have been prevented from travelling to the Games because of a ban on overseas spectators due to the COVID-19 pandemic.

"We very much welcome the fact that so many mothers are able to continue to compete at the highest level, including at the Olympic Games," an IOC statement read.

"We are very pleased to hear that the Tokyo 2020 Organising Committee has found a special solution regarding the entry to Japan for mothers who are breastfeeding and their young children."