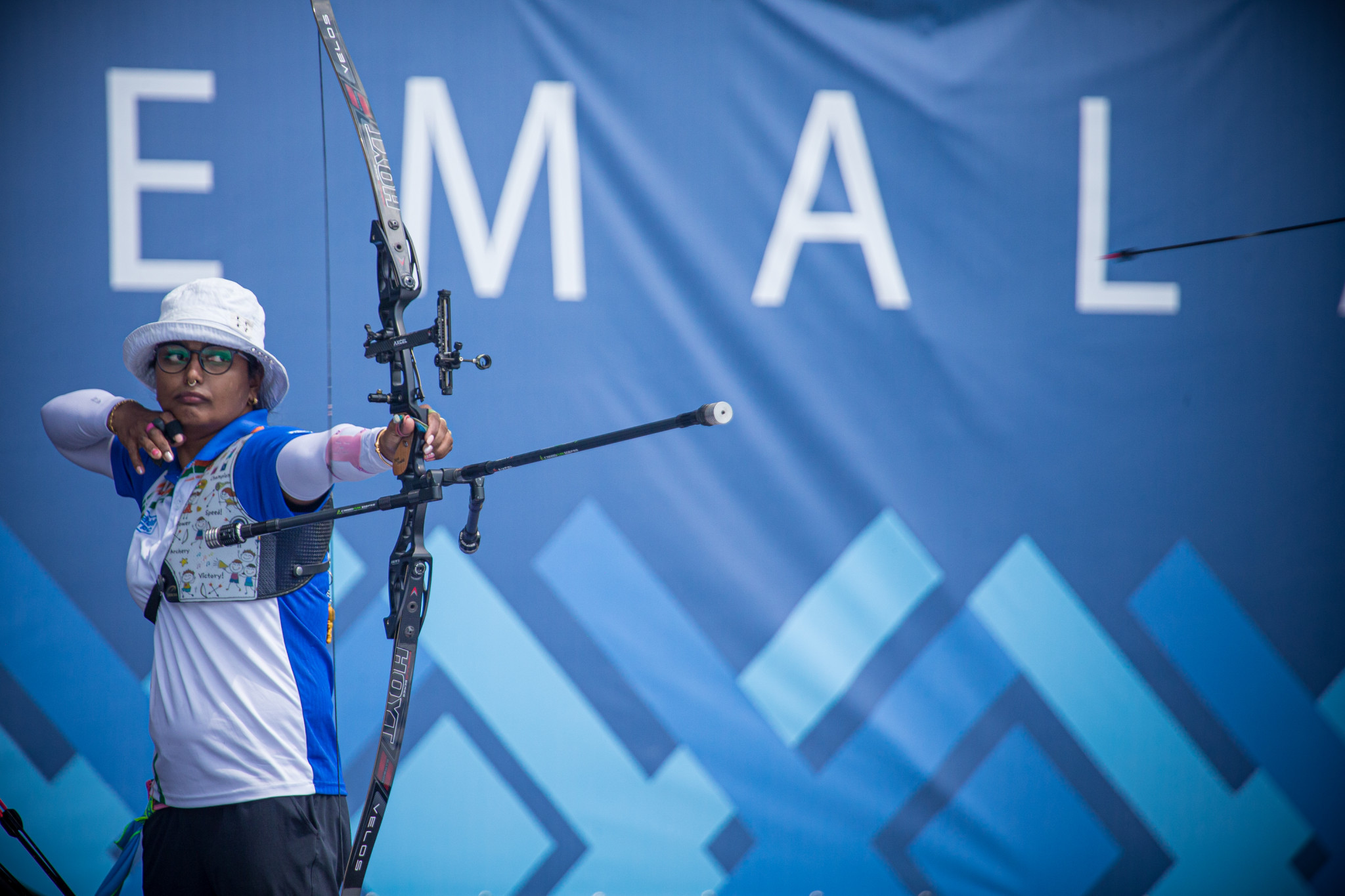 India’s Deepika Kumari captured a hat-trick of gold medals at the third stage of the Archery World Cup in Paris.

Kumari beat Russia’s Elena Osipova 6-0 in the recurve women's final to claim a third gold of the day in the French capital after she was part of the triumphant Indian women's and mixed teams.

"I’m happy, but at the same time I have to continue my performance like this," said Kumari, who is set to compete at next month’s delayed Olympic Games in Tokyo.

"I want to improve that, because the upcoming tournament is very, very important to us.

"I’m trying my best to continue learning whatever I can."

Kumari will represent India as the lone female archer at Tokyo 2020, joining a full men’s team as they strive to win the country’s first archery medal at the Olympics.

MacKenzie Brown of the United States picked up bronze in Paris with a 6-5 win over Mexico's Ana Vazquez.

Tokyo-bound Kumari played a big part in both Indian victories earlier in the day, partnering husband Atanu Das to win their first mixed title together and anchoring a women’s team with Ankita Bhakat and Bari Komalika that beat Mexico.

Kumari and Das defeated Sjef Van Den Berg and Gaby Schloesser of The Netherlands, the winners of the previous leg of the international circuit in Lausanne, 5-3 in the mixed team final.

Deepika Kumari is in the form of her life. ???#ArcheryWorldCup pic.twitter.com/bMdvvGRS6i

"We are made for each other, that’s why we are married," said Das.

"On the grounds, we are not a couple.

Mexico were top seeds in the recurve women’s team event but suffered a heavy 5-1 defeat to India.

Kumari, Bhakat and Komalikad proved too strong for Aida Roman, Vazquez and Valencia, sharing the points in the first series before winning the match with a pair of 55s.

Italy’s Federico Musolesi completed the podium after seeing off Patrick Huston of Britain 6-2 in the bronze medal match.