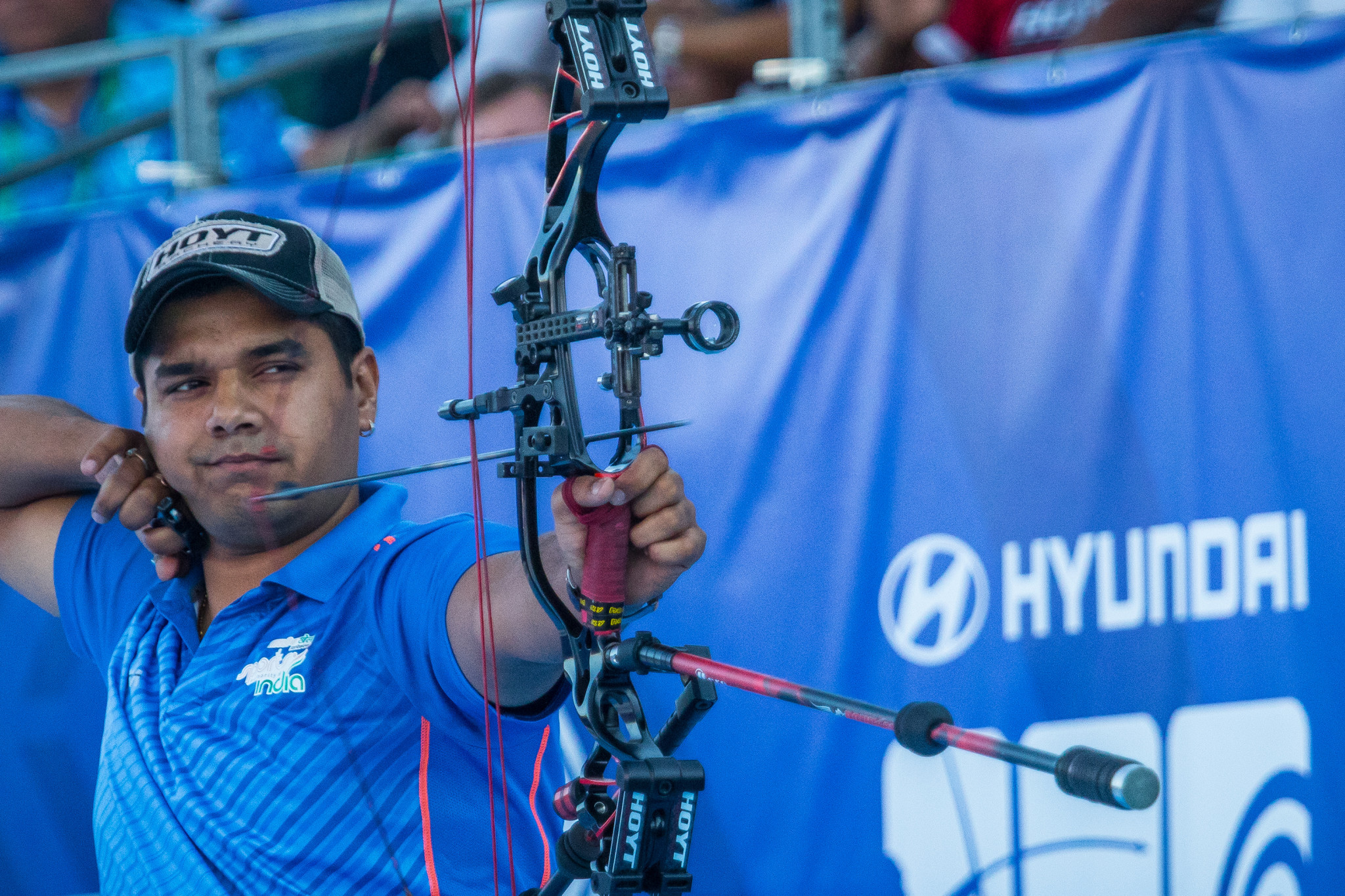 India's Abhishek Verma and Colombia's Sara Lopez claimed the men's and women's compound titles on the fifth day of the Archery World Cup in Paris.

Verma was the victor in the men's compound final, winning a shoot-off in a thrilling final against the United States' Kris Schaff.

Schaff managed to scrap a way back into the match after being two down with two ends to go.

Despite the late equaliser, Verma held his nerve to win the gold.

Lopez defeated compatriot Alejandra Usquiano by a single point in the women's final 149-148, coming from a point down to score two more in the final end.

Denmark's Mathias Fullerton, Martin Damsbo and Stephan Hansen won a shoot-off against American archers Schaff, James Lutz and Braden Gellenthien 29-28 for the men's team gold after the teams tied on 236 points each.

Russia stopped a third Colombian gold today in the mixed team compound final, with the team of Elizaveta Knyazeva and Bulaev winning 157-156 over Usquiano and Daniel Munoz.