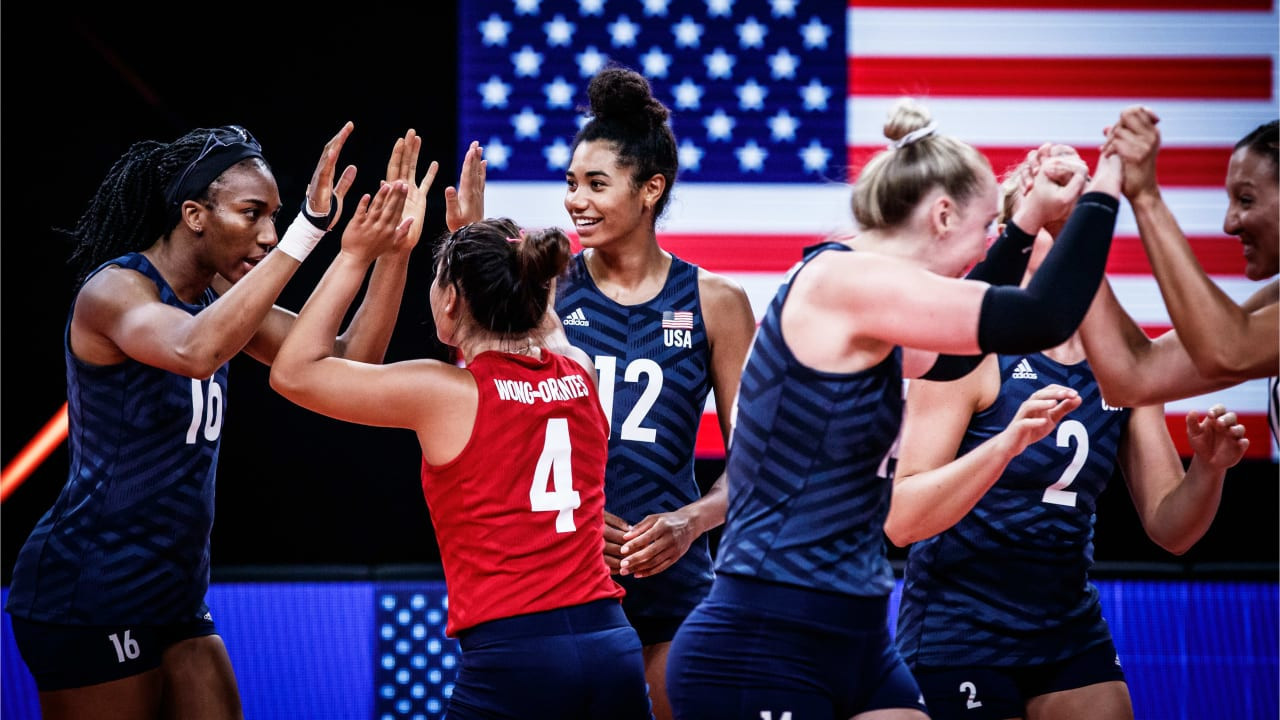 The United States won their third consecutive women’s Volleyball Nations League (VNL) title as they beat Brazil after coming from behind in Rimini tonight.

In a rematch of the 2019 final in Nanjing, Brazil once again took the lead by winning the first set 28-26 after blowing a four-point lead at 19-15 at the RDS Stadium in the Italian resort.

Two years ago, Brazil had raced into a two-set lead, and it looked like history might repeat itself as they led by two points at the technical break only for the US to roar back and reach set point with two to spare.

Brazil survived one point, but the US wrapped it up 25-23.

Brazil led 22-21 during the third set before the US again found another gear to take it 25-23 and put themselves firmly in control.

There were again chances for Brazil in the fourth set as they built a four-point lead early on before Annie Drews came to the rescue with 10 points as the US wrapped up victory 25-21.

Michelle Bartsch-Hackley, winner of the most valuable player at the inaugural VNL in Nanjing in 2018, when the US beat Turkey 3-0 in the final, was again awarded the prestigious award.

She was top scorer of the game on 22 points ahead of Brazil's best scorer, Gabi on 18.

Earlier, Turkey had won the bronze medal when they beat Olympic hosts Japan 3-0.

Two years ago in Nanjing, they had been beaten 3-1 in the bronze medal playoff by China.

The men's VNL semi-finals are due to take place tomorrow with Olympic champions Brazil taking on France and Poland playing Slovenia.

The final is due to take place on Sunday (June 27).