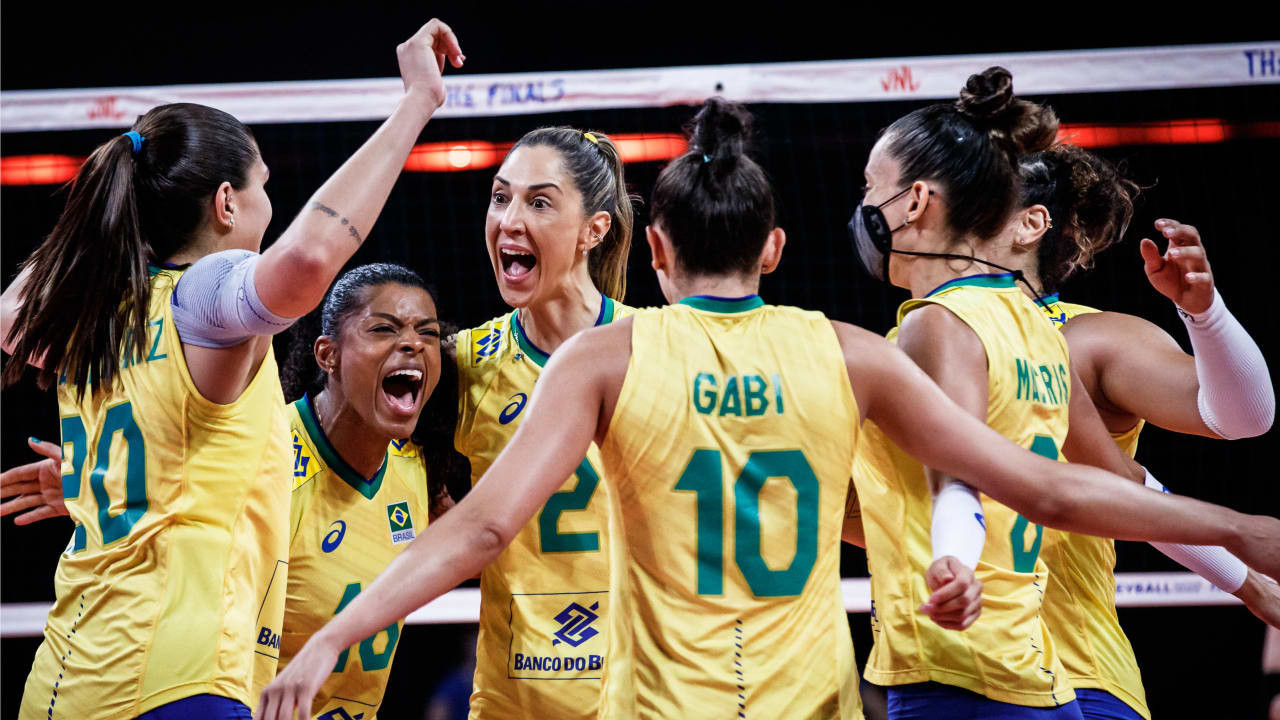 Brazil and the United States will meet again in the final of the women’s Volleyball Nations League (VNL) in Rimini tomorrow after they defeated Japan and Turkey, respectively, in their semi-finals.

The Americans are on track to defend their title and remain exclusive winners of the trophy after their success in both previous editions of the VNL, in 2018 and 2019.

Turkey will face Japan for the bronze medal, prior to the grand final tomorrow night.

A very quick US lead of 4-0 at the very start of the game was promptly dealt with by Turkey, who were two-up by the first technical timeout.

The Americans reclaimed control of the game and led by a safe distance of two to three points until Jordan Thompson blocked Tugba Senoglu to bring the first set home.

Turkey, who had been beaten by the US in the 2018 final, opened lead of as many as five points at 17-22, on a bright path to tie the overall score.

The Jordyn Poulter rotated to serve and immediately delivered an ace to start a remarkable 7-0 run and get the Americans to set point.

Turkey saved one set point, but Annie Drews was there to deliver the final blow, crosscourt against a single block.

Turkey remained in the match in the final set, but the US broke away after the second technical timeout and closed the match with ease.

The consistency of the American team was illustrated by the fact that not one of them scored double figures with points being distributed around the team, Annie Drews top-scoring with nine.

Brazil looked on course to win in three sets but squandered two match points in the third and allowed Japan to steal it.

Japan then shot off into a 5-0 lead at the start of the fourth set, but Fe Garay returned on court to as Brazil once more caught up and shot away.

Brazil led by five at the second technical time-out and cruised on to close the match in four without further problems as they had nine match points, which this time they made sure they did not waste.