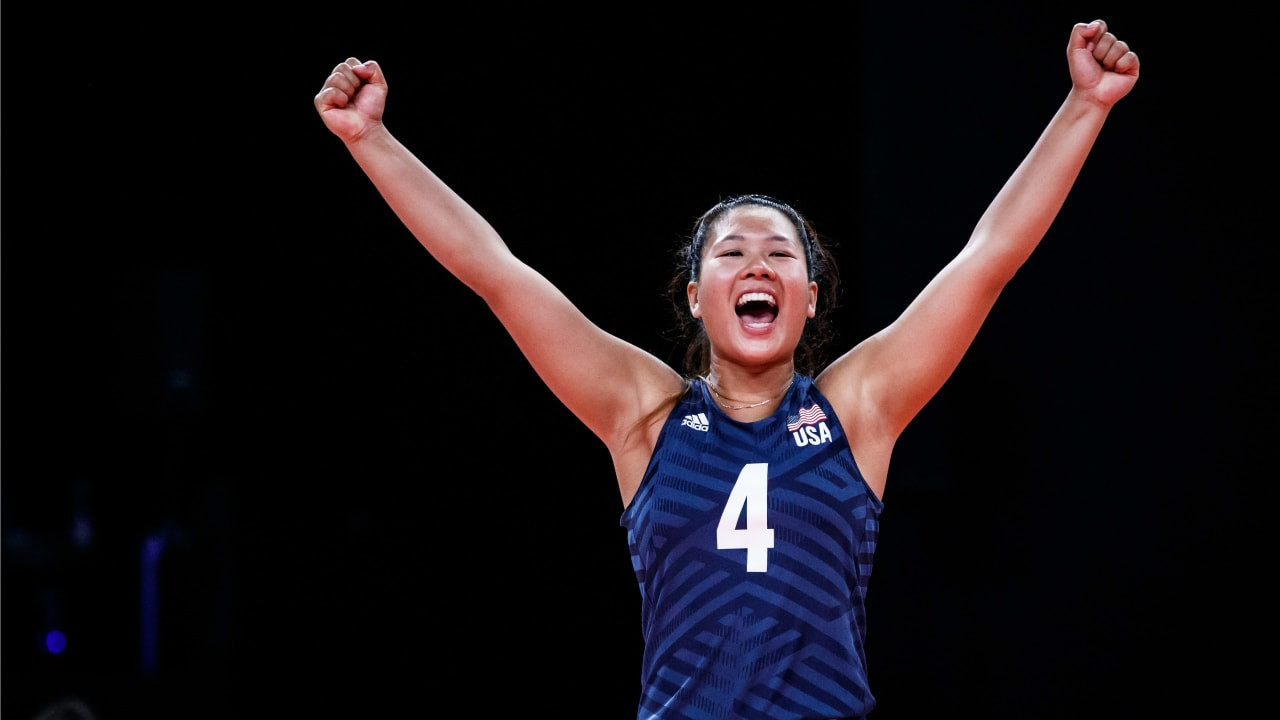 The United States overcame Poland in three sets to remain undefeated in this season's women's Volleyball Nations League (VNL) - although the victory was not as easy it may at first appear.

The US now have 13 wins from 13 and 39 points at the top of the standings - having only thrice required a fourth set in the Rimini bubble.

"I think that Poland pushed us during the entire match, but we did what was needed.

"I think the first set was a mindblower that we won, but as the game was on we started to pick it up, especially in service pressure which was key along with our blocking."

The other members of the table's top four - Japan, Brazil and Turkey - all won today as well, although a super Japanese comeback was required.

It is the third five-set defeat of the season for the Dominicans, who badly needed a win in their quest to reach the top four.

Brazil beat South Korea in three sets and Turkey toppled the Dutch in a three-setter.

China are three points behind Turkey and Japan, with Brazil another seven ahead with a total of 34 in second place.

Hosts Italy beat Canada in three sets, Germany did the same against Serbia, and Belgium overcame Thailand in a four-setter.

The top four teams at the end of the 15-game regular season will advance to the semi-finals.