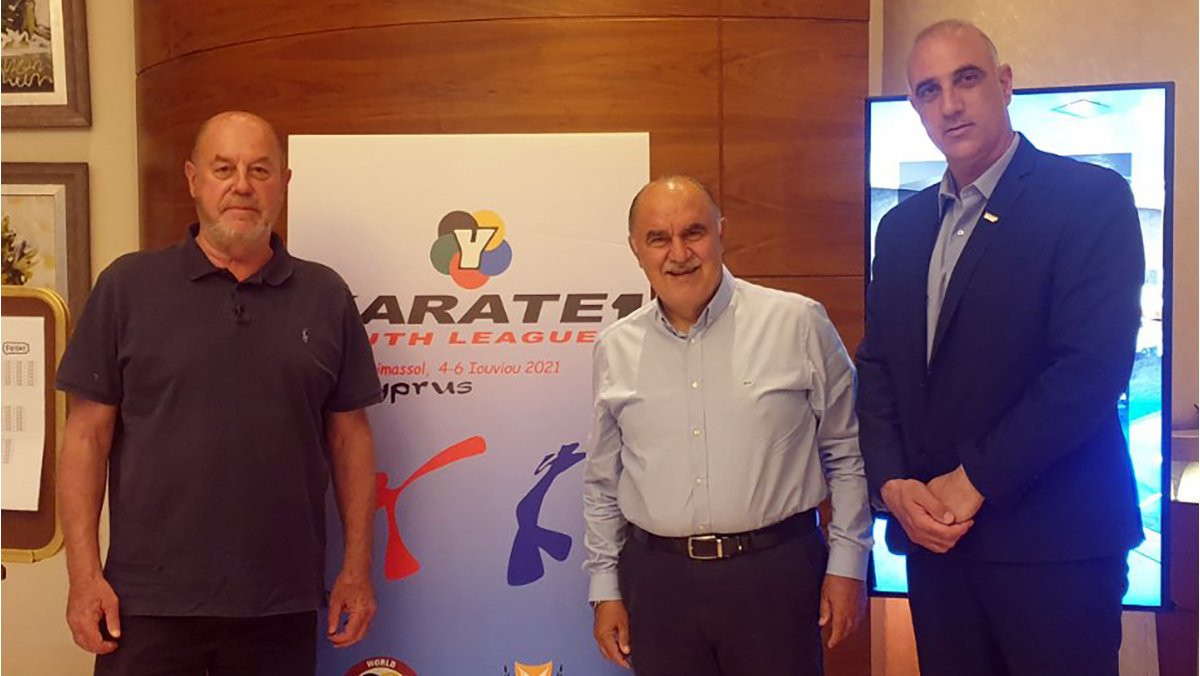 The tournament in Limassol was originally due to take place in May before being moved to new dates of between June 4 and 6.

More than 700 athletes took part from 37 countries, with all competing under local safety regulations and the WKF COVID-19 protocols.

Espinós met with Andreas Michaelides, the President of the Cyprus Sports Organisation (CSO) who he said were instrumental in the safe hosting of the event amid the pandemic.

"I want to thank Mr Michaelides for visiting our event and for taking the time to meet with us," said Espinós.

"The support of the CSO has been instrumental in the success of the Karate 1-Youth League Limassol, and I am pleased to note that with their cooperation and the hard work and efforts of the Cyprus Karate Federation, this event has exceeded our expectations."

"It is an extremely great honour for the Cyprus Sports Organisation and our country that a major event as the Karate 1-Youth League has been organised here in Limassol with such a large number of athletes," said Michaelides.

"The CSO has always supported the federation and we are very happy with the outcome of the event."

The pair discussed joint development plans to further extend the progress of karate in the region.

The organisation of major karate events in the country and the participation of Greek athletes in top international competitions was also analysed.

“It was a pleasure to travel to Greece to meet Mr Sietis," Espinós said.

"I take the opportunity to congratulate him for his election as the President of the Hellenic Karate Federation and I am convinced that under his leadership, the karate organisation in the country will reach never-before-seen levels of progress.

"Greece is a major hub of our sport in Europe, and I believe that Mr Sietis' contribution will continue to advance the development of karate in Greece and around the world."