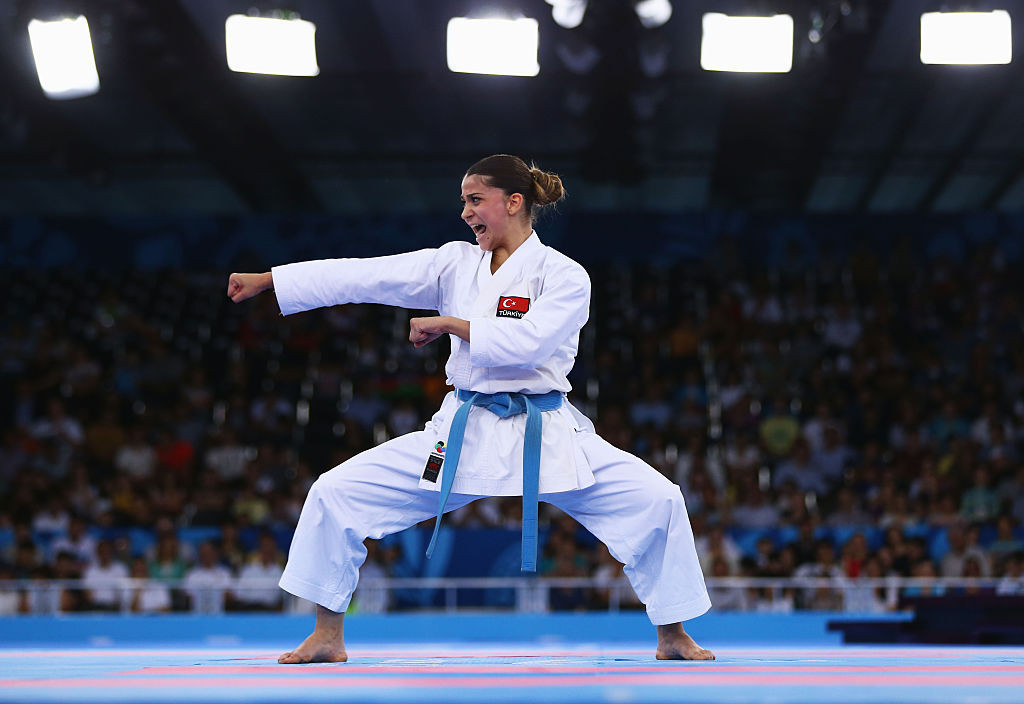 Amidst emotional scenes at the World Karate Federation’s final qualifier in Paris, nine karateka earned places at the Tokyo 2020 Olympics, where the sport will make its debut.

After a day of repechages and ranking rounds, and a final series of round robin matches involving four competitors in the kata female, kumite male under-67 kilograms and kumite female under-55kg categories from which only the top three would get the trip, the first batch of Tokyo qualifiers were established.

Tell us which one is your favourite! ?

Bulgaria’s Ivet Goranova finished top of the standings in the female kumite under-55kg, and she was joined in qualifying by Kazakhstan’s Moldir Zhangbyrbay and European champion Anna Chernysheva of Russia.

And in the female kata, the three successful athletes were European silver medallist Dilara Bozan of Turkey, who topped the pool, second-placed Alexandra Feracci of France and Jasmin Juettner of Germany, the 2014 world champion in team kata.

The unlucky athletes who missed out by one place on this historic night for the sport were 2016 world silver medallist Yves Martial Tadissi of Hungary in the kumite male under-67kg, Poland’s Dorota Banaszczyk in the female kumite under-55kg and in the female kata Iran’s Fatemeh Sadeghi Dastak.

Twenty-four karateka - the top three in each category - will earn the final Olympic places in the qualifier at the Stade Pierre de Coubertin Sports Hall which concludes on Sunday (June 13).

Nearly 500 competitors from 80 countries have entered.

A total of 40 karateka have already qualified for Tokyo 2020 through the World Karate Federation standings.

Tomorrow athletes in the male kata, kumite female under-61kg and kumite male under-75kg will be in action.