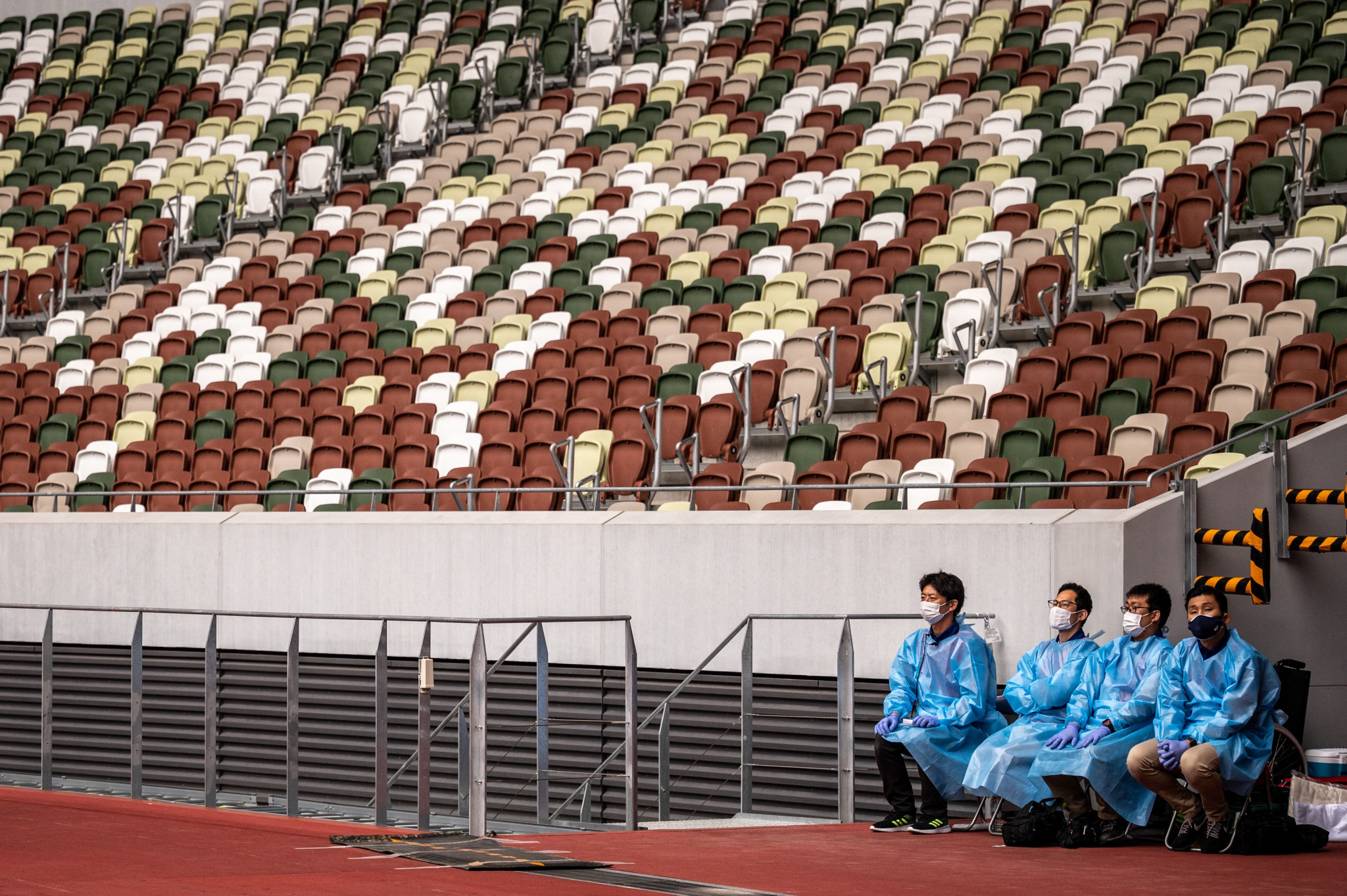 Japan is set to allow up to 10,000 spectators to attend sporting events when the existing state-of-emergency measures come to an end, raising the prospect of fans featuring at the Tokyo 2020 Olympic and Paralympic Games.

Tokyo and some other parts of Japan remain under a state of emergency imposed in late April.

The Japanese Government is due to decide this week whether to lift it, as planned, on Sunday (June 20).

Yasutoshi Nishimura, Japan’s Economy Minister and the elected official in charge of the country’s COVID-19 response, announced plans for a change in the cap in attendances at sporting events today.

According to Kyodo News, Nishimura said the Government plans to limit spectators to 10,000 or 50 per cent of the venue’s capacity, whichever is lowest, in areas where the state of emergency has been lifted.

This cap would reportedly be in place during July and August.

Under the existing guidelines, a maximum of 5,000 people or 50 percent of a venue's capacity can attend sporting events - whatever is highest.

The new cap is expected to be approved later today.

A decision on whether domestic spectators could be able to attend Tokyo 2020 is due to be made at the end of the month.

Foreign fans have already been banned.

A poll by Japanese broadcaster NHK has seen a mixed response from members of the public over whether spectators should be able to watch events at the Games.

A total of 32 per cent responded to the survey by suggesting attendance should be limited at the Games, while 29 per cent said the Games should be held behind closed doors.

The poll also found 31 per cent of respondents were in favour of cancelling the Games, while three per cent supported holding the event as originally planned with no cap on spectators.

While the survey is likely to be viewed enthusiastically by Tokyo 2020, doubts were expressed by respondents over measures taken by organisers and the Japanese Government to control possible COVID-19 infections at the Games.

A total of 42 per cent said they were "not very convinced" over the COVID-19 countermeasures, with 27 per cent "not convinced at all".

The third and final versions of the playbooks which outline coronavirus countermeasures stakeholders are expected to adhere to during the event were published yesterday by organisers.

More than 80 per cent of athletes set to compete at the Games have either been vaccinated against COVID-19 or are "in the process" of being inoculated, according to the latest IOC estimate.