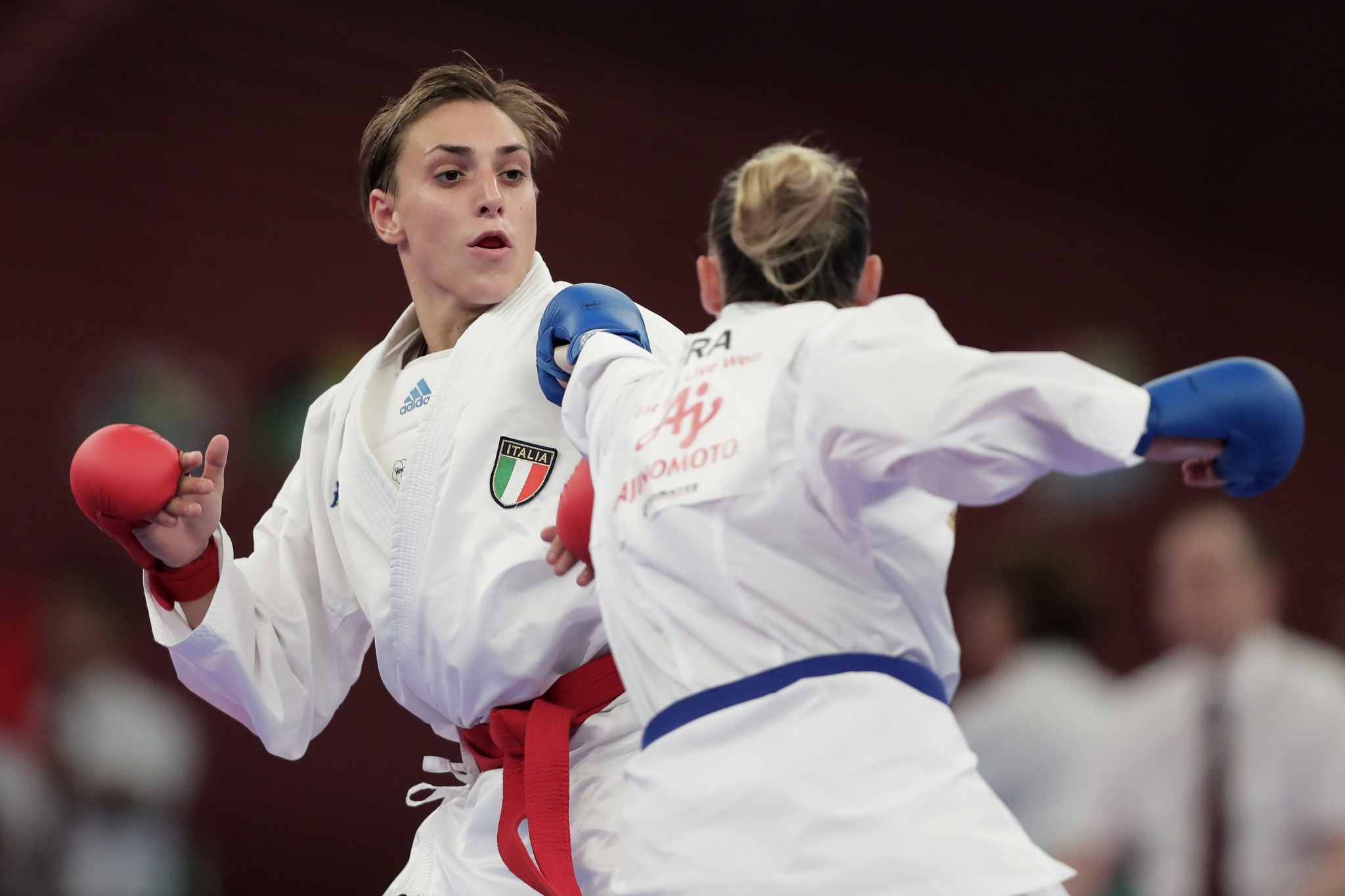 The remaining six places for the karate tournament at this year’s Tokyo 2020 Olympics were decided on a dramatic last day at World Karate Federation's final qualifier in French capital Paris.

Elena Quirici of Switzerland, Feryal Abdelaziz of Egypt and Silvia Semeraro of Italy sealed Olympic spots after finishing in the top three in the women's kumite under-61 kilograms division.

Daniel Gaysinsky of Canada, Gogita Arkania of Georgia and Tareq Hamedi of Saudi Arabia also qualified for the Games after a dramatic men's kumite under-75kg competition.

Quirici chalked up three victories in as many bouts in the final round to book her place at the Games.

Semeraro qualified after taking two wins, while a solitary victory for Abdelaziz was enough to secure her ticket.

"I am very happy because all the hard work finally paid off," said Quirici, who had narrowly missed out on a place at Tokyo 2020 based on her ranking.

"I have suffered so much, both mentally and physically for so long, it has been a very long process, but in the end, I am glad that I made it to the Games.

"The tournament was very hard, especially mentally. All the three competitors today deserved the qualification."

There was drama in the final round of the male kumite under-75kg competition.

Lardy Tyron-Darnell of The Netherlands had overcome Gaysinsky in the fifth bout and appeared to have qualified for the Olympics.

How emotional was the final day of #ParisKarate2021 you ask?

But a protest from the Canadian team resulted in the last three seconds of the bout being repeated.

Gaysinsky then connected with a spectacular roundhouse kick to win the clash and a ticket to the Games.

"It is the best feeling in the world."

Arkania used all his experience to qualify for the Olympics.

The 37-year-old, who has competed at the highest level for more than two decades and was world champion in 2014, claimed one victory and two draws to seal his place at the Games.

Hamedi produced a remarkable performance in the elimination round, earning 33 points in six bouts, including two triumphs and one draw in the final pool.

"I am very grateful and happy to have earned the qualification for the Games," said Hamedi.

"I won gold at this tournament, and I want to win gold in Tokyo as well. And at the World Championships too."

Karate is making its Olympic debut at Tokyo 2020.