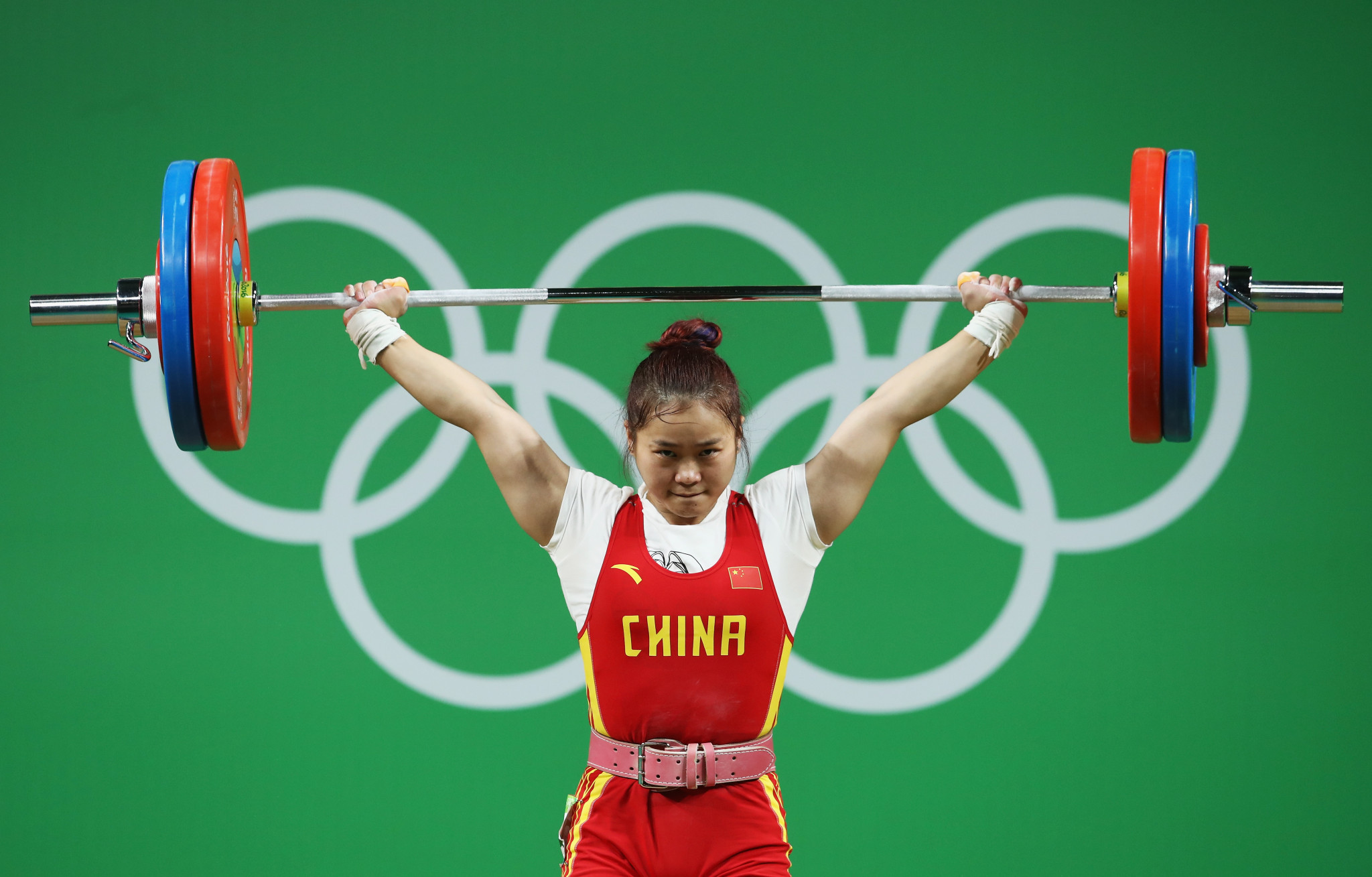 The Olympic medal chances of athletes from around the world have changed dramatically after China decided not to select Rio 2016 gold medallist Deng Wei, its leading female athlete in the Tokyo 2020 rankings.

Another omission from China’s team of eight, though not such a surprise after an elbow injury, is Tian Tao, who tops the rankings and holds the clean and jerk world record in the men’s 96 kilograms category.

In a statement to insidethegames, the Chinese Weightlifting Association said: “The internal selection of lifters within China to the Tokyo Olympic Games started in 2019.

The news came on the day when the International Weightlifting Federation (IWF) published the final ranking lists for all weight categories for Tokyo 2020, after team selections had been made worldwide.

The top eight in each category qualify, along with the highest placed athletes from the five Continental Federations.

One member of the International Olympic Committee’s (IOC) all-sport refugee team will compete, Cyrille Tchatchet, who lives in England after leaving Cameroon and will lift at 96kg.

Additional home nation places for Japan, and tripartite invitations are to be decided.

A total of 16 nations are restricted to one male and one female, or two males and two females, because of multiple doping violations, and three are banned outright – Thailand, Egypt and Malaysia.

Romania, Vietnam and Colombia might also be banned, depending on the outcome of ongoing cases.

Only three nations have qualified the maximum eight lifters, China, United States and Colombia, if it is not suspended.

Further changes could be made up until the start of competition on July 24.

Deng Wei, was top of the rankings at 64kg and China’s highest ranked female athlete across all weight categories.

She did not lift after weighing in at the Asian Championships in Uzbekistan in April because of an unspecified injury.

In her absence, the athletes with the best totals in qualifying are Loredana Toma of Romania, whose nation must avoid suspension for her to compete, and Maude Charron of Canada.

Canada also benefits from Tian Tao’s absence, as Boady Santavy is a leading contender in the 96kg, in which Meso Hassona, who competes as Fares El-Bakh, of Qatar leads the rankings.

Apart from Tian Tao, the 96kg will be missing Iran’s Sohrab Moradi, the world record holder and Rio 2016 champion at 94kg, who suffered two bad injuries during qualifying.

The US is well placed to challenge for medals, most notably through CJ Cummings in the men, and Jourdan Delacruz and Sarah Robles in the women.

China has won five weightlifting gold medals at every Olympic Games this century and other nations will often try to avoid weight categories with Chinese lifters, where possible, to enhance their chances.

Few of them will have planned for a China team without both Deng Wei and Tian Tao.

A fully fit Deng Wei, who holds three world records and won at 63kg at Rio 2016, would have been one of the strongest gold medal favourites at Tokyo 2020.

China’s men appear to have more of a challenge than the women.

Collectively the four men – Li Fabin at 61kg, Chen Lijun at 67kg, Rio 2016 champion Shi Zhiyong at 73kg, and London 2012 gold medallist Lyu Xiaojun at 81kg - hold a lead over their nearest rivals, on best total in qualifying, of 34kg.

In the lightest category Li’s best total is only one kilogram better than Eko Yuli Irawan of Indonesia.

Among the women, the advantages are huge - collectively 92kg for Hou Zhihui at 49kg, Liao Qiuyun at 55kg, Wang Zhouyou at 87kg and the super-heavyweight Li Wenwen.

Arguably the luckiest qualifier is Magdeline Moyenwengwa of Botswana, who takes Africa’s continental place at 59kg after a higher-placed Tunisian opted for a different weight category.

Moyenwengwa has made it through with only 985 qualifying points, a number that many athletes surpass in a single competition.

Her best total in qualifying is 88kg lower than the 247kg posted by Taiwan’s Kuo Hsing-Chun, who tops the all-weights qualifying list on 5,154 points.

In the women’s super-heavyweights, the Mongolian who took Asia’s continental slot, Bilegsaikhan Erdenebat, is 126kg behind the favourite Li Wenwen on total, while Africa did not qualify an athlete.

Emily Godley is one of those sweating on the Colombia decision, as she will become Britain’s fourth qualifier alongside Zoe Smith, Sarah Davies and Emily Campbell if Leidy Solis is excluded at 76kg.

Belgium did well to qualify two athletes, Nina Sterckx at 49kg and Anna Vanbellinghen in the super-heavyweights.

From Oceania, New Zealand has five qualifiers - including Laurel Hubbard, the first trans athlete at the Olympic Games - Australia four and Samoa three.

Dika Toua of Papua New Guinea, the first woman to lift at the Olympic Games in 2000, has qualified in the 49kg - her fifth Olympic appearance.

She will be 37 later this month.

Spain's Lidia Valentin, 36, has moved up to 87kg for her fourth Olympic Games, having won medals at Beijing 2008 and London 2012 after doping disqualifications, and “live” at Rio 2016.

Of the six nations restricted to only one female one male, Azerbaijan did not qualify any athletes.

Armenia chose Izabella Laylyan in the 59kg and Simon Martirosyan, the favourite in the 109kg who was recently charged after a motor accident in which a man died but who will be cleared to compete, according to his lawyer.

Russia has Kristina Sobol in the 49kg and Timur Naniev at 109kg; Kazakhstan has Zulfiya Chinshanlo at 55kg and Igor Son at 61kg; Romania has Toma and no male qualifier; and Belarus has Darya Naumava at 76kg and Yauheni Tsikantsou at 96kg, where he will be among the favourites.