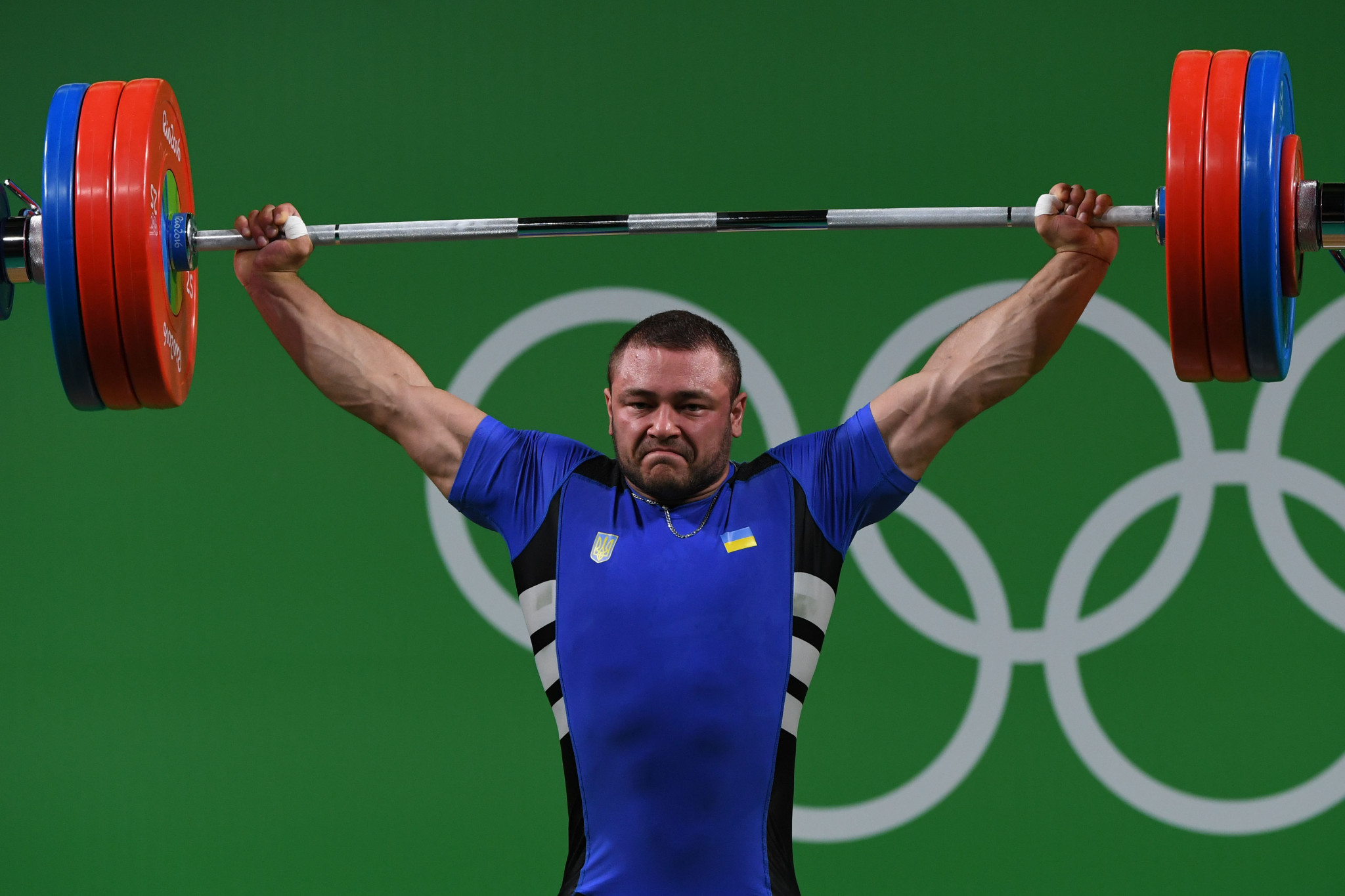 The Ukrainian weightlifter Dmytro Chumak has been suspended on three charges after he and his coach allegedly tried to evade and bribe doping control officers.

The charges laid against Chumak and coach Matsokha Mykhailo, announced by the International Testing Agency (ITA), relate to an out-of-competition mission on May 6.

The ITA, which carries out all anti-doping procedures for the International Weightlifting Federation (IWF), alleges that Chumak refused to provide a sample, and attempted to evade and bribe the doping control officers.

In a statement, the ITA said Mykhailo allegedly "assisted Chumak in the wrongdoings".

It said: "Chumak has thus been charged with committing violations of Article 2.2 (use or attempted use of a prohibited substance), Article 2.3 (evading and refusing sample collection) and Article 2.5 (tampering or attempted tampering with any part of doping control) of the IWF Anti-Doping Rules.

"Mykhailo has been charged with committing violations of Article 2.5 and Article 2.9 (complicity or attempted complicity involving an Anti-Doping Rule Violation)."

Chumak, 30, won the European title for a third time eight weeks ago and was expected to be a strong medal contender in the 109 kilograms category at the delayed Tokyo 2020 Olympic Games in August.

He finished sixth at the Rio 2016 Olympic Games in the old 94kg weight category - arguably the most tainted weight class in any sport given the number of doping positives and disqualifications it has featured.

He is Ukraine’s highest-ranked athlete in the qualifying lists but his provisional suspension means he will not be eligible for Tokyo unless he is able to prove his innocence within a few weeks.

The entry deadline for Tokyo is July 5.

If the case was dealt with at record speed and Chumak and Mykhailo were found guilty as charged, Ukraine would suffer another blow.

It has 18 doping violations since the Beijing 2008 Olympic Games, according to the IWF.

If it has two more, Ukraine would be restricted to sending only one male and one female to Tokyo, rather than two plus two as of now.

Chumak’s provisional suspension comes only two weeks after another of this year’s European champions, the Azerbaijan lifter Boyanka Kostova, tested positive for stanozolol.

Chumak was seen as a national sporting hero after winning in Moscow in April, when Ukraine topped the European medals table for the first time.

The former nightclub bouncer posted anti-Russian material on social media, including a picture of the Kremlin in flames.

In a lengthy interview for the Ukrainian publication Tribuna, he spoke about doping and said he lost a chance to win a world title because Ukraine served a one-year suspension for multiple violations in 2017.

"This doping wave swept around the world - athletics, swimming, wrestling and other sports," said Chumak.

"Now there is no such thing.

"The younger generation has a different point of view on this issue.

"Conditions of doping control have become more stringent, a new method of detecting banned substances in the body."

Chumak said the eight-year suspension of his team mate Oleksandr Pielieshenko for a second offence in 2018 was "completely unfair", and criticised the long delays in retesting stored samples from the 2008 and 2012 Olympic Games.

Ukraine forfeited a 2012 gold medal when Oleksiy Torokhtiy came up positive in the retests in December 2018.

"So much time has passed.

"If you look at samples 20-30 years ago, then everyone will find something there."