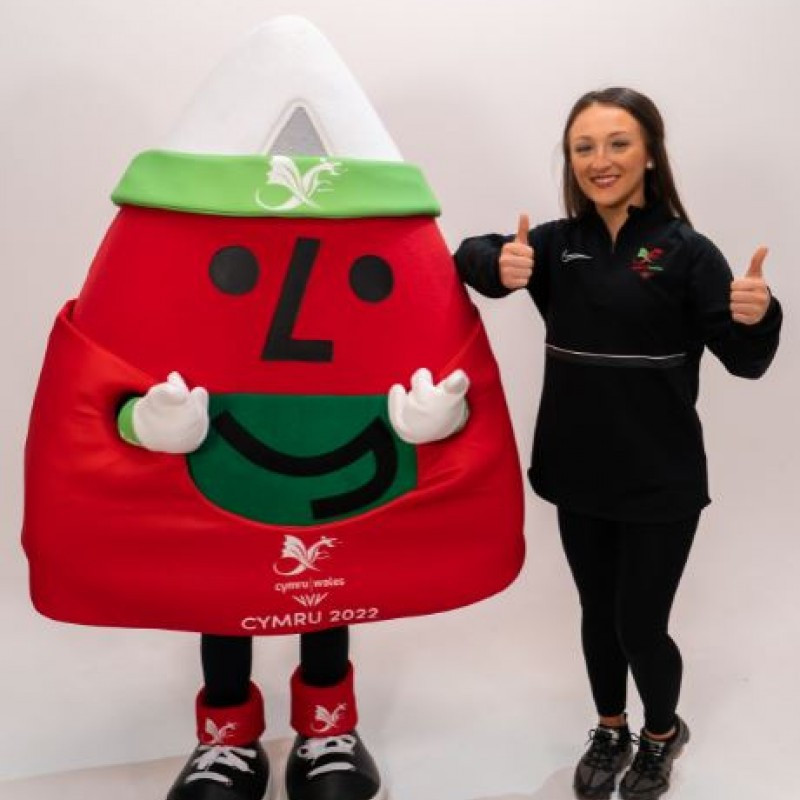 Team Wales' mascot for next year's Commonwealth Games in Birmingham has been officially unveiled.

The Urdd Gobaith Cymru became the team's official charity partner in May 2019 in the hope it would help inspire children across Wales to try different sports and to take part in physical activity.

At the same it was announced that Mistar Urdd - the popular figure personifying the largest youth organisation in Wales - would be the mascot.

He has now made his debut in public kitted out in Team Wales uniform at Eisteddfod T, an annual Welsh-language youth festival of literature, music and performing arts.

As well as celebrating the Commonwealth Games in 2022, the year will coincide with the Urdd’s centenary year.

The partnership with Team Wales will form part of the organisation’s celebrations for its 55,000 members across the country and worldwide.

Commonwealth Games Wales also run a schools' engagement project with the aim of inspiring youngsters across Wales to demonstrate the importance of inclusivity and how sport can be a life-changing activity.

"Since the Urdd became our charity partner in 2019, the level of support and engagement within the partnership has been outstanding," Chris Jenkins, the chief executive of Commonwealth Games Wales, said.

"The Urdd offers the young people of Wales diverse cultural and sporting opportunities.

"Focussing on sport, today’s youth will provide the next generation of Team Wales athletes.

"Mistar Urdd as the first official mascot for Team Wales is another great addition to our expanding team."

Sian Lewis, the chief executive of Urdd, foresees a busy period for the new mascot.

"It's really important for the Urdd to have partners like Team Wales because together, there’s no better way to reach and inspire young people in every corner of Wales," she said.

"It’s great to see Mister Urdd in his Team Wales kit visiting Urdd clubs and seen nationally for the first time a part of Eisteddfod T.

"I’m confident Mistar Urdd and our collaboration with Team Wales will inspire children and young people across Wales to enjoy sport and to follow the journey of Team Wales as they prepare for the Commonwealth Games next year."

Wales will be hoping for another record-breaking Commonwealth Games performance at Birmingham 2022.

Birmingham 2022 is scheduled to take place between July 28 and August 8.