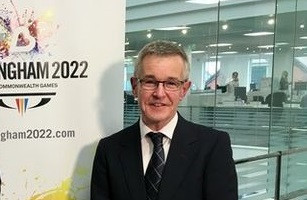 Commonwealth Games Wales chief executive Chris Jenkins has claimed the lack of an Athletes' Village at Birmingham 2022 could be a "real positive".

Earlier this month, the £500 million ($653 million/€556 million) Village, which was being constructed on the former Birmingham City University site in Perry Barr, was abandoned.

This decision followed a review into the impact of the coronavirus pandemic on construction, which found that the Athletes' Village could not be delivered on time.

Instead, 1,600 athletes and officials are set to be housed at the NEC Hotel Campus, with 1,900 at The University of Warwick.

Jenkins suggested the change of plans may cause a few challenges for Team Wales, but ultimately would be a "real positive."

"Whilst there will be a few challenges for Team Wales, the new Village model does mean that athletes will be based closer to their venues which could be a real positive for their preparation, performance and recovery," he said.

"We will work closely with sports and athletes to contribute to Birmingham 2022 planning and to adapt Team Wales' plans to ensure we provide the highest level of support for the team, leading to performances to excite Wales and the Commonwealth."

"We recognise the impact that COVID-19 has had on original plans and congratulate Birmingham 2022 on their efficient reaction to the situation," she said.

"Whilst not ideal, we are assured and confident that the new solution will provide an outstanding performance environment for our athletes and we'll continue to work with Birmingham 2022 on the finer details.

"Needless to say the new model, whilst reacting to the recent events, could shape the way for potential Games hosts in the future."

Jenkins recently claimed Wales would impress at Birmingham 2022, despite the impact of the pandemic.

He also suggested the country could bid for the multi-sport competition in the near future.

Wales have enjoyed success at the Commonwealth Games recently, earning a record-high of 36 medals at both Glasgow 2014 and Gold Coast 2018.