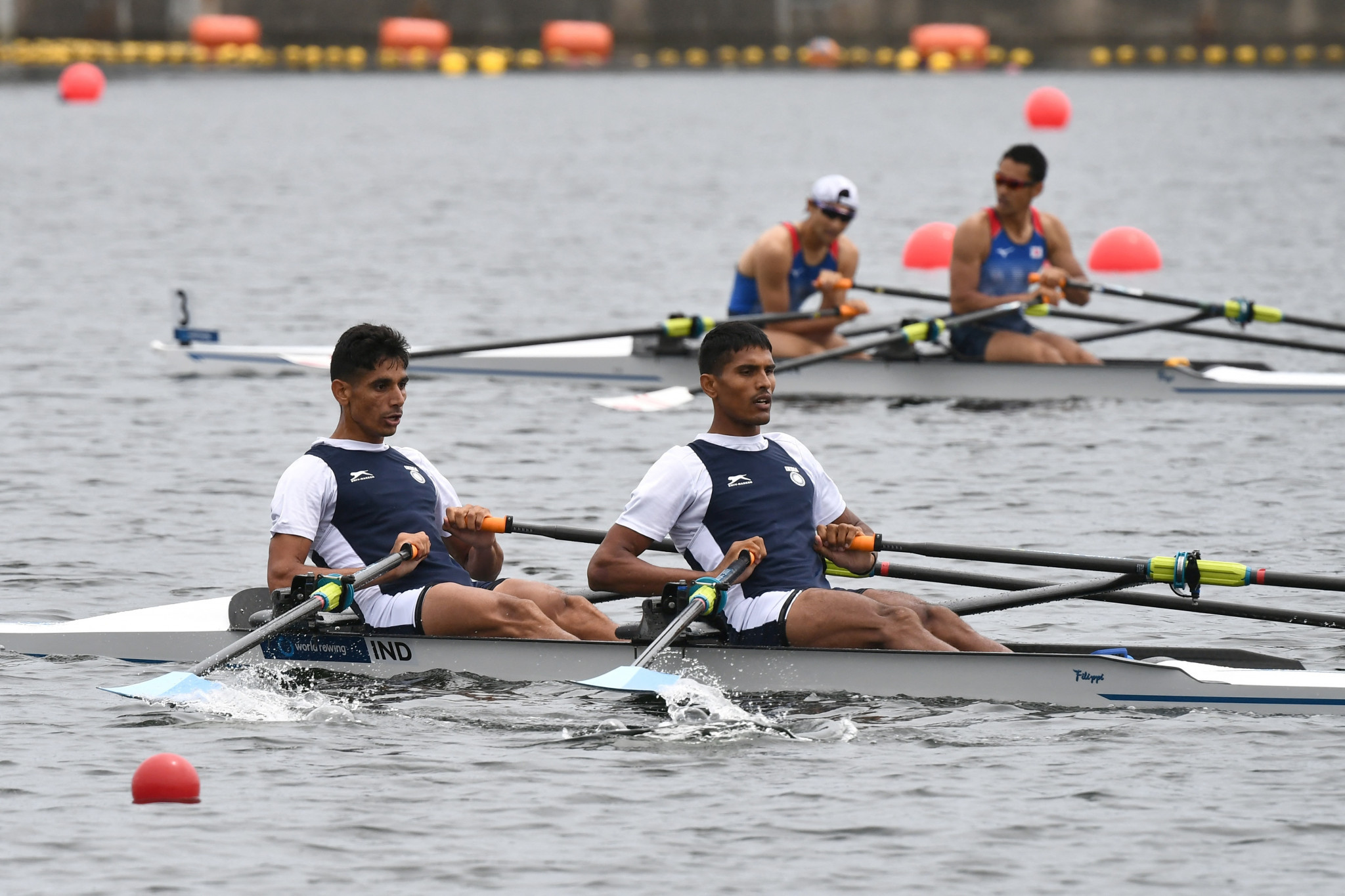 Indian rowers Arjun Lal Jat and Arvind Singh have called off a pre-Tokyo 2020 training camp in Portugal due to the requirement of a two-week hard quarantine amid the COVID-19 pandemic.

The Indian pairing earned their Tokyo 2020 berth earlier this month at the Asia and Oceania Olympic and Paralympic qualifier in Tokyo.

The duo secured one of the two places on offer in the men’s lightweight double sculls competition for the Games.

The Sports Authority of India sanctioned a training camp in Portugal following their qualification.

Jat and Singh have been forced to cancel the trip because of travel restrictions.

"We have to undergo a mandatory two-week hard quarantine on arrival in Portugal, so we had to cancel the exposure tour," Jat said, according to the Press Trust of India.

"The Olympics is less than two months and we can't afford to lose practice.

"We are disappointed, but we can't do anything as it is due to the pandemic.

"Some of the top rowers of the world come to train at that centre in Portugal and we would have certainly benefited."

Jat and Singh are set to be India's only rowers competing at Tokyo 2020.

Indian athletes have seen their preparations and qualification events for Tokyo 2020 be heavily impacted by the pandemic in recent months due to a major spike in cases.

India had recorded 12 million COVID-19 cases in total by the end of March, but the past two months have seen 16 million confirmed cases in the nation.

India’s overall total of 28 million cases is the second highest in the world since the pandemic began, with only the United States reporting more on 34 million.

The surge in cases in India and concerns over the Indian variant of COVID-19 has led to several nations introducing travel restrictions in an effort to prevent similar rises in their countries.