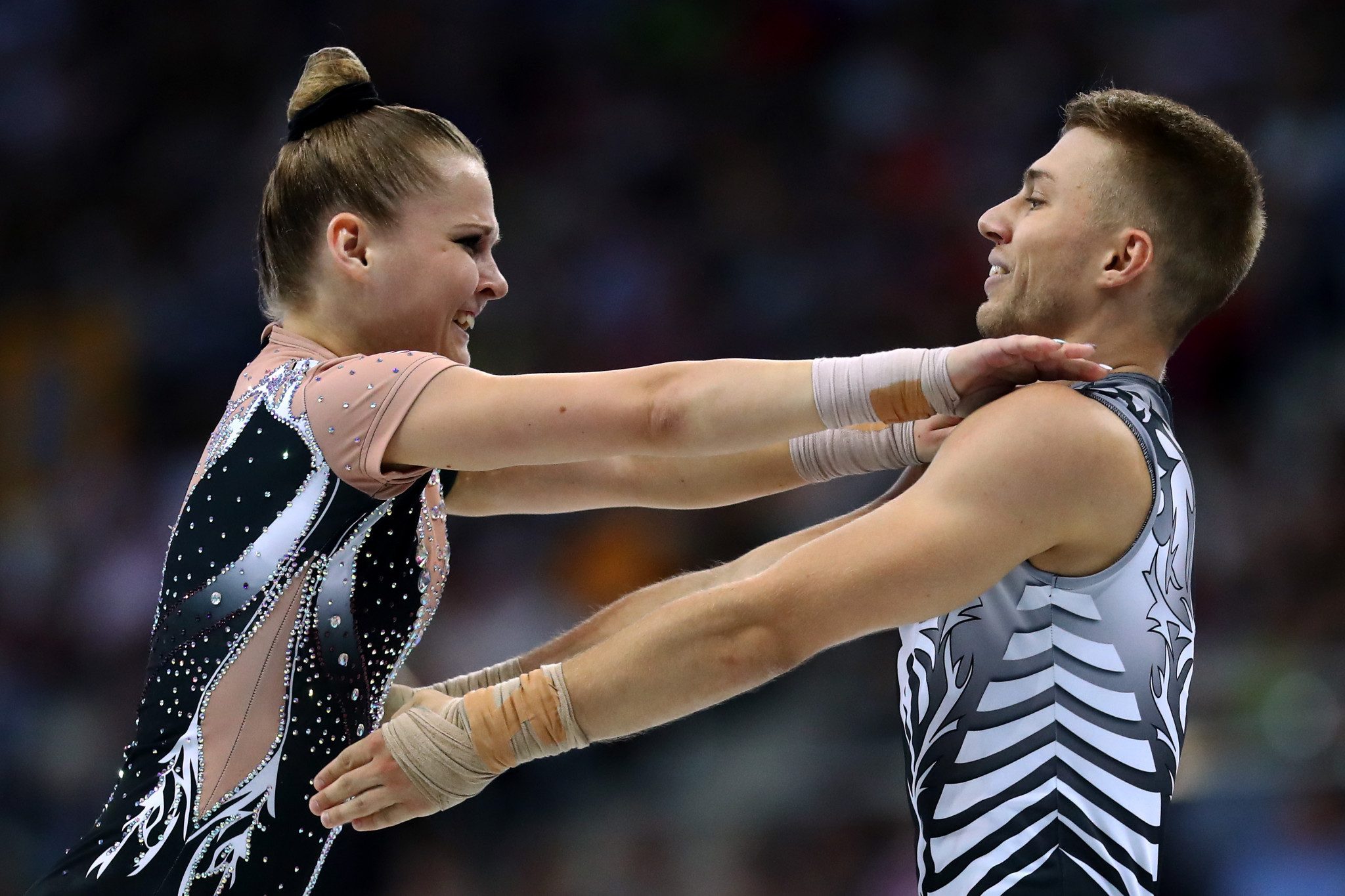 The 19-year-old scored well for artistic impression and execution during her routine at the National Gymnastics Arena in Azerbaijan’s capital city.

Onbasi received an overall score of 21.800 to secure one of eight places in tomorrow’s final.

Onbasi has been a prolific medallist at youth level and will now target a podium finish at her first senior World Championships.

She was followed in qualification by Teodora Cucu of Romania, who finished with a score of 21.600.

Tikhonova was one of two athletes representing the Russian Gymnastics Federation, under the terms of the Court of Arbitration for Sport decision in the Russian Anti-Doping Agency case, who advanced to the final.

Her teammate Tatyana Konakova placed fourth in qualification on 21.250.

The Bulgarian team finished with a score of 22.537, with Hungary’s Daniel Bali, Fanni Mazacs and Balazs Farkas second on 22.316.

Romania saw their teams finish third and fourth in qualification, with Cucu, Daniel Tavoc and David Gavrilovici producing their best score by finishing on 22.277 points.

Bulgaria 🇧🇬 was the Trio to beat in qualification at #AERBaku2021. Now Darina Pashova, Antonio Papazov and Tihomir Barotev head into the final with the confidence that comes from knowing no one was able to top them in the first round. 🤸🏻‍♀️💪🤸‍♂️ #Aerobic #Gymnastics pic.twitter.com/Jl6zwTzfbO

The Russian Gymnastics Federation team qualified for the final in first place on 17.700.

Finals will be held in the three events tomorrow, with qualification scheduled in the remaining disciplines.

Men’s individual, mixed pairs, groups and aero dance finals will be held on Sunday (May 29).

Competition is taking place behind closed doors due to the COVID-19 pandemic.

The competition in Italy is the last of four scheduled before the Tokyo 2020 and serves as an Olympic qualifier for individual gymnasts.

The three eligible gymnasts with the highest number of qualification points at the conclusion of the World Cup series, with a maximum of one gymnast per country, will book an Olympic place.