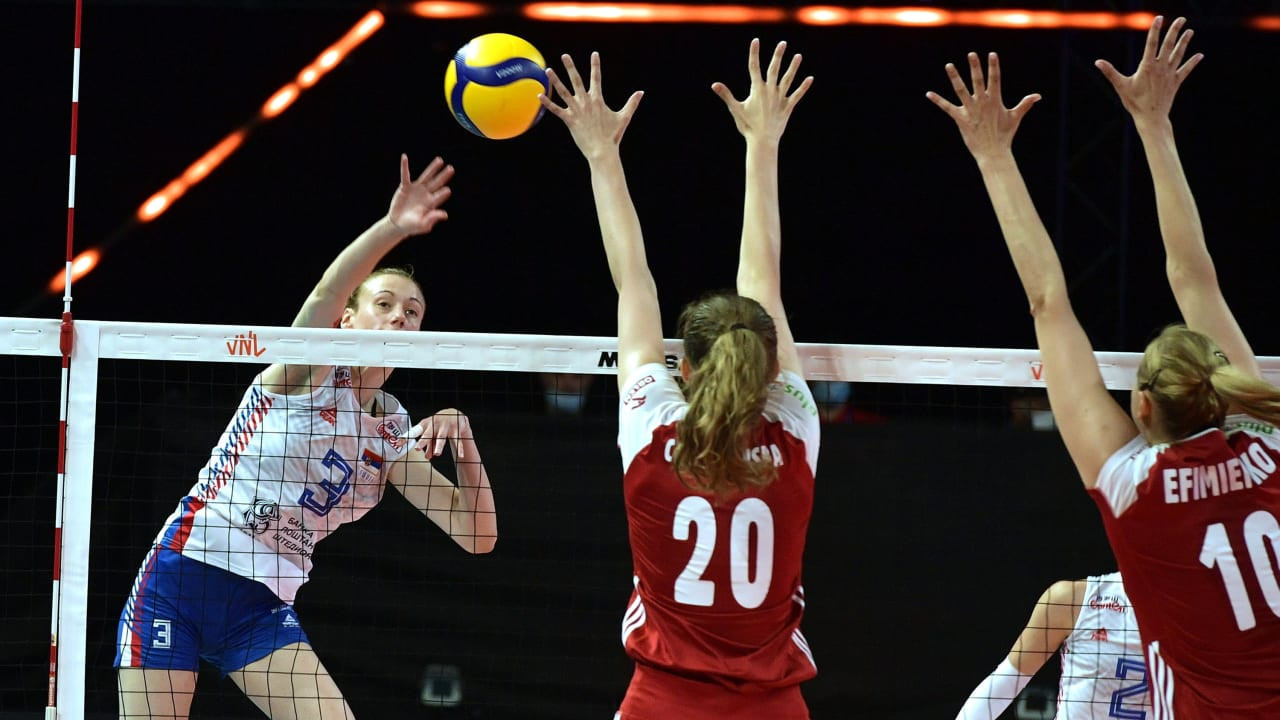 World champions Serbia rallied from an opening-match defeat to beat Poland at the Volleyball Nations League (VNL) in Rimini.

Sara Carić top-scored with 21 points, and afterwards told Volleyball World that it has been a "great match" to play in.

"I'm glad that we showed what we can do," Carić added.

"We played with good energy.

"It was really nice to play this game.

"We are a very young team and it's only the second match that we have played in this squad but we supported each other well."

Defending champions the United States enjoyed a straight-sets win over neighbours Canada and are second in the early standings.

Russia fought back from two sets down to overcome Belgium and now have two wins from two - as do Brazil, who beat the Dominican Republic in three sets.

This season's VNL is taking place in a bio-secure bubble and round-robin matches continue tomorrow, with all 16 women's teams in action.