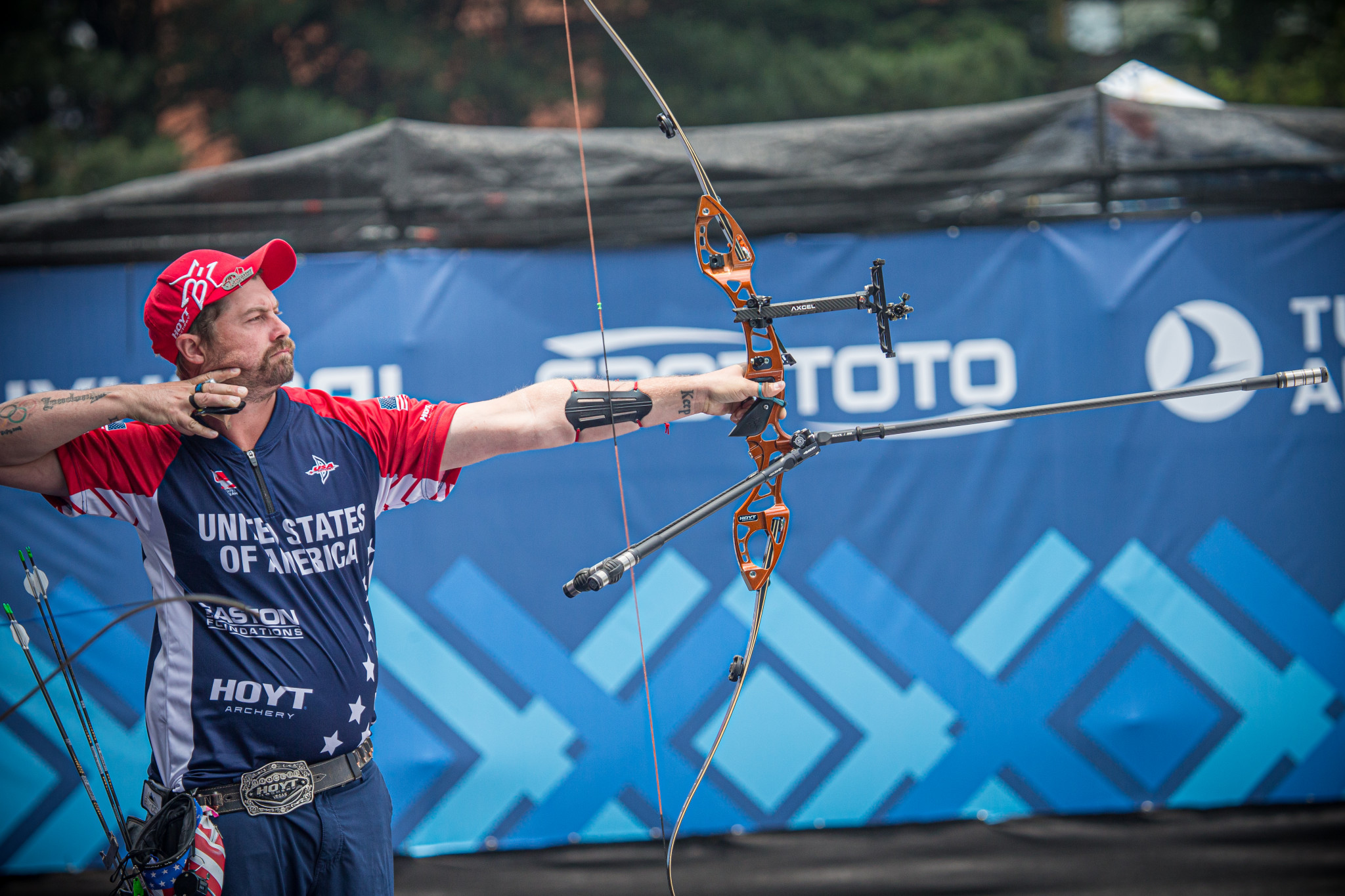 American archer Brady Ellison and Russia's Svetlana Gomboeva have claimed the men's and women's individual recurve gold medals on the final day at the Archery World Cup in Lausanne in Switzerland.

Ellison made it through to the final with a 6-0 win over Yun Sanchez of Spain and then defeated Germany's Maximilian Weckmüller 6-2 for the gold.

In the bronze medal match, Sanchez defeated the US Virgin Islands' Nicholas D'Amour 6-4 to round off the podium.

Gomboeva defeated Lisa Unruh in the semi-finals 6-5 in a shoot-off before then beating compatriot Ksenia Perova 6-0 in the final.

In the mixed team recurve final, The Netherlands squashed any chance of an upset victory, with the pairing of Gabriela Schloesser and Sjef van den Berg defeating Bangladesh's Diya Siddique and Md Ruman Shana 5-1.

Joining them on the podium was Mexico's Valencia and Luis Alvarez, who defeated the Canadian pair of Stephanie Barrett and Brian Maxwell 5-1.