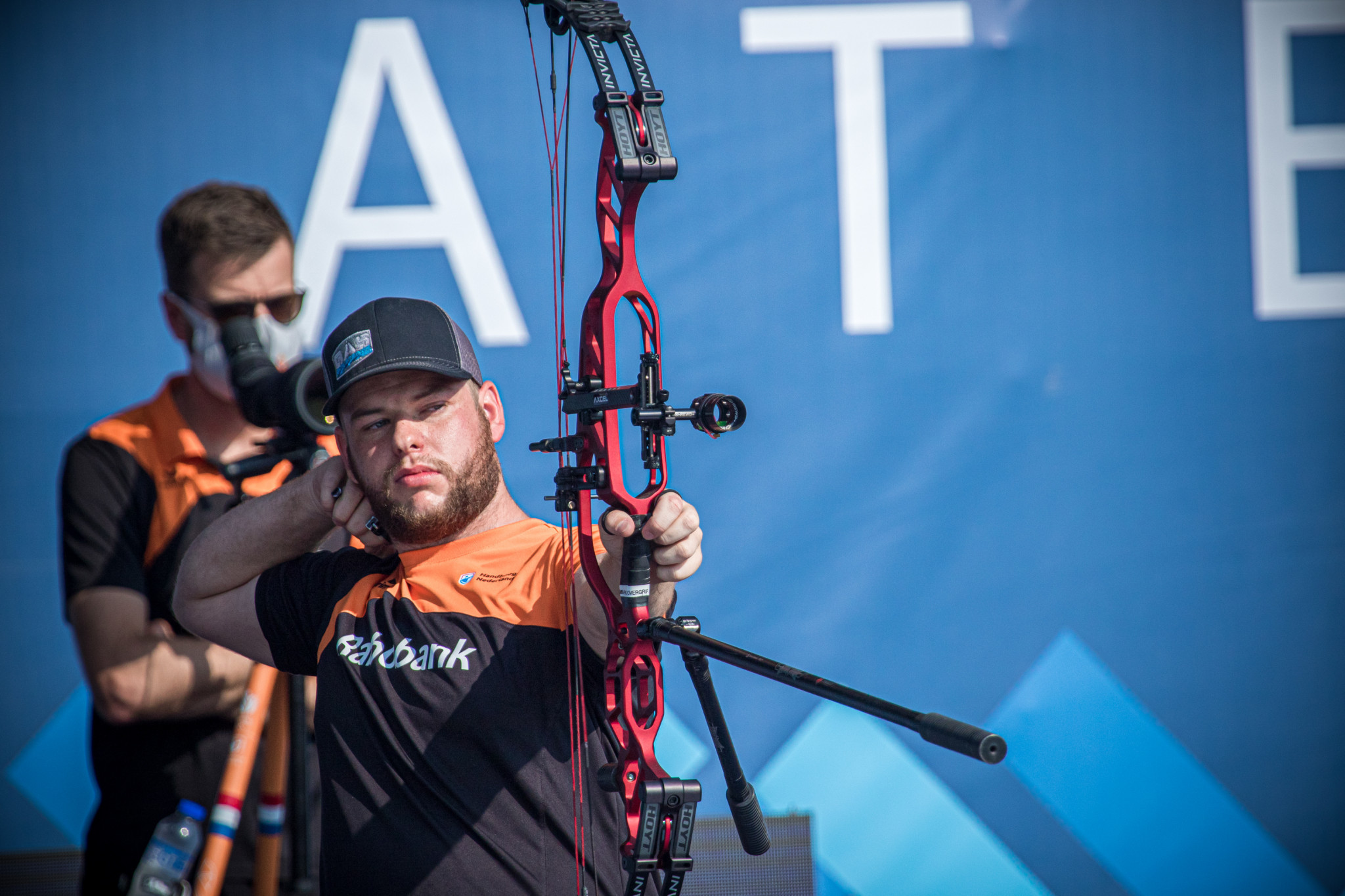 The Netherlands' Mike Schloesser and Denmark's Tanja Gellenthien claimed the men's and women's compound gold medals on the penultimate day of action at the Archery World Cup in Lausanne in Switzerland.

The Dutch world number two archer defeated Italy's Federico Pagnoni in the final 149-145 - showing his quality in the fourth and fifth ends.

Fullerton's compatriot Gellenthien won the women's gold medal by two points in an exciting conclusion against Andrea Marcos of Spain.

Having led in the first three ends, Gellenthien looked comfortable on her way to gold, but Marcos brought the score level in the fourth.

However, Gellenthien reinstated her two-point lead in the final end, winning 143-141.

In the bronze medal match, Russia's Natalia Avdeeva defeated Linda Ochoa-Anderson of the United States by a single point, winning 147-146.

In the women's compound team final, the US' Ochoa-Anderson, Paige Pearce and Savannah Vanderwier defeated the Russian trio Avdeeva, Viktoria Balzhanova and Arina Cherkezova 229-214, holding a commanding lead from the opening end onwards.

This gave the Americans the gold medal.

Turkey's Everen Cagiran, Yakup Yildiz and Furkan Oruc upset the Dutch team of Schloesser, Max Verwoerdt and Sil Pater in the men's compound team final, overturning a deficit in the final end to win the gold by a point, 232-231.

Schloesser bounced back in the mixed team compound final with Jody Vermeulen, giving The Netherlands the gold medal courtesy of a 155-153 win over Gellenthien and Stephan Hansen of Denmark.

In the bronze medal match, the US' Ochoa-Anderson and Braden Gellenthien emerged victorious against Britain's Jessica Stretton and Nathan MacQueen by a single point in a back-and-forth affair by a score of 154-153.