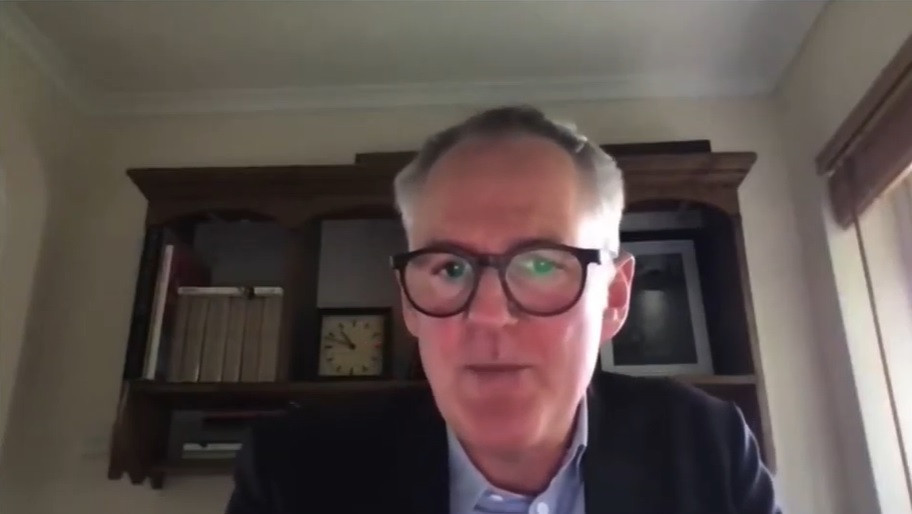 World Sailing chief executive David Graham has admitted the embattled Federation would have gone into liquidation without financial assistance provided by the International Olympic Committee (IOC) following the coronavirus-enforced postponement of the Tokyo 2020 Olympic Games.

Sailing's worldwide governing body is thought to have received a loan of around $3.1 million (£2.2 million/€2.6 million) as part of the IOC's support package, designed to offset the financial impact of the decision to delay Tokyo 2020 by a year on Federations and other sports bodies.

Without that, Graham said, "we would have gone into liquidation."

The admission from Graham during his damning report to the World Sailing Council today marks the first time a senior official at the body has openly revealed the perilous state of its finances.

Graham, appointed chief executive last May, said World Sailing was "unhealthily subordinate" to the IOC as it is "heavily reliant" on the income from the Olympic Games that it receives at the end of each four-year cycle.

He also said the Federation was "in negative equity", but added he was hopeful financial stability could be achieved by the 2024 Olympics in Paris.

Graham also claimed World Sailing had "stripped right back" and had enjoyed a "good first quarter" of 2021.

World Sailing's 2019 accounts showed a deficit for the year of just over £2.5 million ($3.5 million/€2.9 million), and the organisation is expecting to report another loss for the 2020 financial year.

Graham warned sailing's financial problems had been compounded by a "lack of commercial strategy" and said the body had not "reaped the rewards" of prioritising the Olympics "at the expense of other areas of our sport."

"The majority of the Federation’s resources are spent on admin, head count, office space, and only a fraction on the promotion and development of the sport," he said.

Graham began his report by warning there were "many areas" where World Sailing was in "disorder".

He hit out at the "increased divisive politics" within World Sailing, claiming he has "been amazed at the low levels some people will go to."

"There are no penalties for causing disruption, and all of these things bring our sport into disrepute," he added.

While he did not directly reference the disputes, it is likely to include those involving former President Kim Andersen in the build-up to last year's election, where he was unseated by China's Quanhai Li.

"It is clear that we need reform," Graham said, before going on to reveal a series of initiatives he hopes will repair the troubled Federation.

Graham revealed World Sailing was looking to open an office in China, where Li is based, after revealing the President had identified possible opportunities to increase revenue.

Negotiating an exit from the lease on World Sailing’s London offices was cited as a top priority for Li and his team after the Chinese official was elected President in November.

World Sailing's 2019 accounts showed that it had future payments under "non-cancellable" operating leases in respect of land and buildings which amounted to £2.67 million ($3.8 million/€3.1 million) at the end of last December.