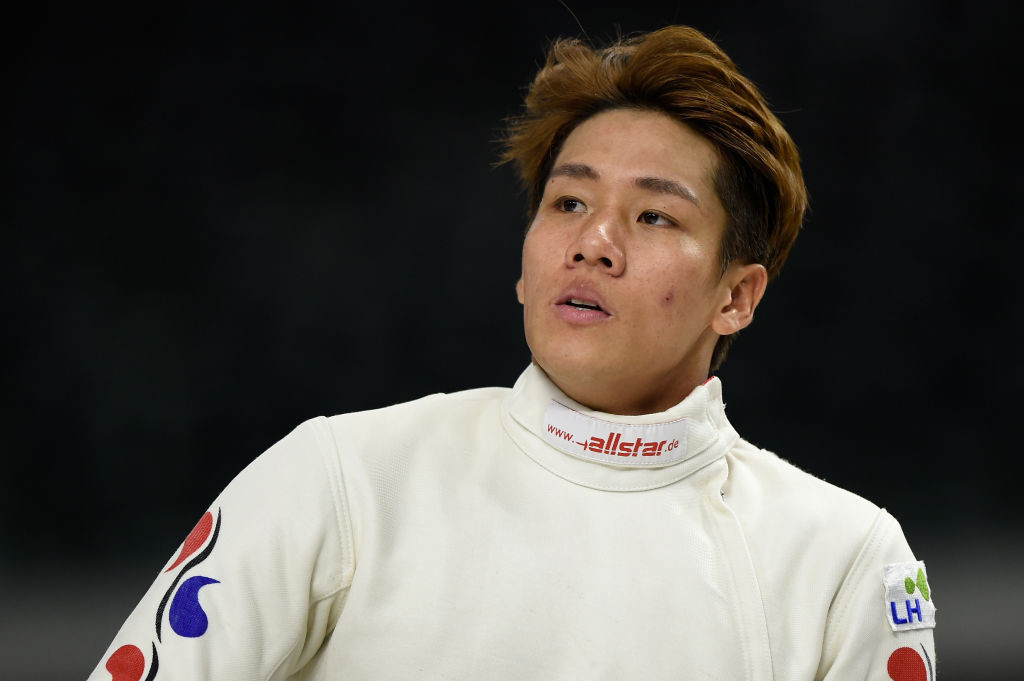 Amira Kandil of Egypt and Jinhwa Jung of South Korea topped the women’s and men’s fencing ranking round today as the International Modern Pentathlon Union (UIPM) 2021 World Cup Final got underway at Szekesfehervar in Hungary.

A total of 36 female and 36 male athletes are taking part in the penultimate opportunity for athletes to earn points towards the UIPM Olympic world rankings, which will determine the remaining qualifiers for the rescheduled Tokyo 2020 Olympic Games.

In a competition format that mirrors the rescheduled Tokyo 2020 Olympic Games, there was an intense battle for positions ahead of the fencing bonus rounds.

That will take place for the women tomorrow, with the remaining disciplines of swimming, riding and the combined laser run also being completed on the day.

The men’s events are set to conclude on Saturday (May 15).

Fencing Ranking Round at the #WorldCupFinal ???

72 athletes competing with a format mirroring the #Tokyo2020 Olympic Games and an intense battle to launch the Final event !

The women fenced first today and Kandil emerged as the leading scorer with a superb ration of 26 wins and nine defeats.

She will seek to be confirmed as the winner of the fencing event during tomorrow’s bonus round, where she will meet Xiaonan Zhang of China in the final bout.

Zhang also dominated on the piste with 25 wins and 10 defeats.

When the men fenced in the afternoon, competition was a little tighter with 2018 World Cup champion Jinhwa Jung topping the standings with 24 victories and 11 defeats.

But France’s 2017 champion Valentin Prades was only one victory behind him - alongside Rio 2016 Olympic silver medallist Pavlo Tymoshchenko of Ukraine on 23 wins and 12 defeats.

One victory behind them on 22 wins and 13 defeats were Britain’s Thomas Toolis and Justinas Kinderis of Lithuania.