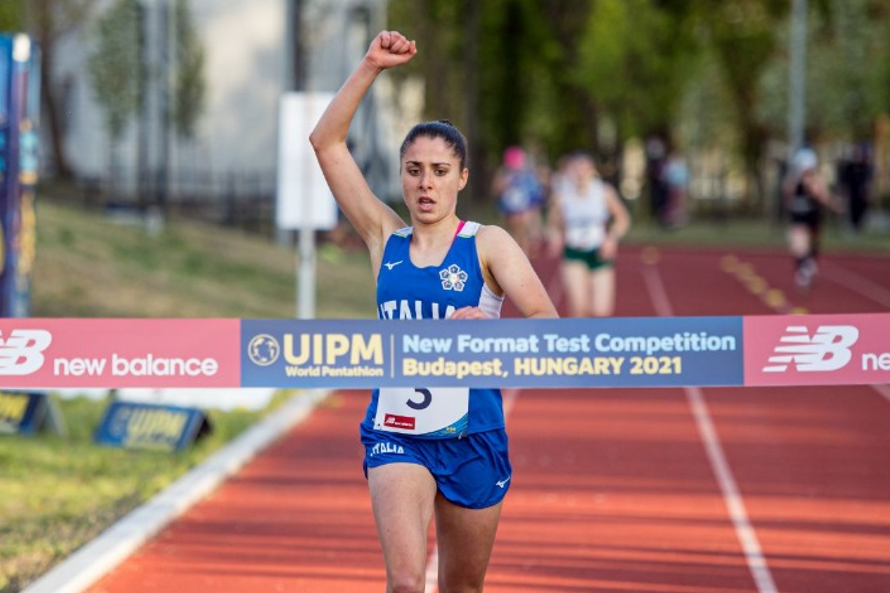 The winners of the third and final Paris 2024 Olympic Modern Pentathlon test event have endorsed the new 90-minute format after the completion of four days of competition in Budapest.

Unlike the previous test events in Budapest and Cairo in 2020, different permutations of the format were rehearsed at the University of Public Service in recent days, with 12 athletes competing in the women’s final and 18 athletes taking part in the men’s final.

The new finals format begins with riding, followed by the fencing bonus round and swimming, before closing with the laser run combining shooting and running - with breaks of between five and 15 minutes in between each discipline..

The programme being tested involves an equestrian leg lasting 20 minutes, followed by 15 minutes of fencing, 10 minutes of swimming and 15 minutes for the laser run - with breaks between events.

All disciplines were set to take place on the same field of play in Budapest, except for the fencing ranking round which were held on the opening day.

The International Modern Pentathlon Union (UIPM) claimed there would be no more than a 120-metre walking distance separating the swimming, fencing bonus round, riding and laser run courses.

"The format is designed to create a more compelling spectacle for TV and online viewers - and for on-site audiences like the Olympic Games spectators who will become the first to see all five modern pentathlon disciplines in the space of 90 minutes at Paris 2024,” a UIPM release said.

Asked for his impressions of the new format after winning the men’s final, UIPM Pentathlon World Cup and Pentathlon World Championships medallist men’s winner Pierre Dejardin of France, said: "It goes very fast, it's quite hard

"Shooting after swimming is really not easy but it brings a little something extra because it's harder, so you have to focus much more on the shooting than before.

"We start almost without warming up so we need to manage everything well.

"Mentally, it's one and a half hours of intense pressure."

Asked if viewers might find the new modern pentathlon easier to follow and understand, Dejardin added: "Yes, definitely, because you can follow the whole pentathlon from beginning to end in only 90 minutes.

"Honestly, I am happily surprised that everything was running smoothly.

"Yes, it goes fast and it's harder but it's part of the change and we need this change so it's cool.

"I was a little scared because I didn't know how it was going to all work out.

"But in the end it doesn't change that much for us, even the 5 x 600m, and it's even better because it gives us an extra lap of running.

"It's all about managing your race."

Women’s winner Alice Rinaudo of Italy, the 2018 under-19 world champion, said: "I enjoyed the competition and I like this new format.

"I have to better manage the time but it can work really well and I like this sequence.

"One thing I would change is to have more time between Swimming and Laser Run - just five minutes more would be enough.

"If this can help to have more visibility or more spectators, obviously it’s important to change the format for Paris 2024."

Asked if she felt the new format would be easier for audiences to follow, Rinaudo said: "Absolutely yes - better to follow and understand all the disciplines.

The UIPM release added: "Discussions are ongoing with the Paris 2024 Organising Committee and Olympic broadcasting partners about the incorporation of the new Modern Pentathlon format, which has met with positive feedback from the IOC Executive Board, into the Olympic Games schedule.

"UIPM has stressed the need for athletes to have sufficient rest between semi-finals and finals to maximise the potential of the new format to amplify and improve the overall Olympic Games viewer and spectator experience."

UIPM secretary general Shiny Fang commented: "This is an exciting moment not only for our core Olympic sport but for the wider Olympic Games product.

"Our test events have proved that the new Modern Pentathlon format is not just a dream but a reality.

"We can all look forward with confidence to the implementation of the format in 2022 and to the very special moment when spectators at the Olympic Games will see all five disciplines of the Modern Pentathlon in a 90-minute showpiece."

UIPM President Klaus Schormann added: "The third test event for the future Modern Pentathlon format has been tested in Budapest and it was a big success for the women and men’s parts – we tested in different ways so that we have much more experience now.

"It’s important to have feedback from the athletes, coaches and trainers.

"We will study these documents and then we have to make some changes, or not – this is what we will find out in the next days.

"But I would like to underline that all the feedback so far from athletes, coaches and trainers from the 10 nations competing here have been nearly 100 per cent positive.

"It was much more than we thought we could achieve."