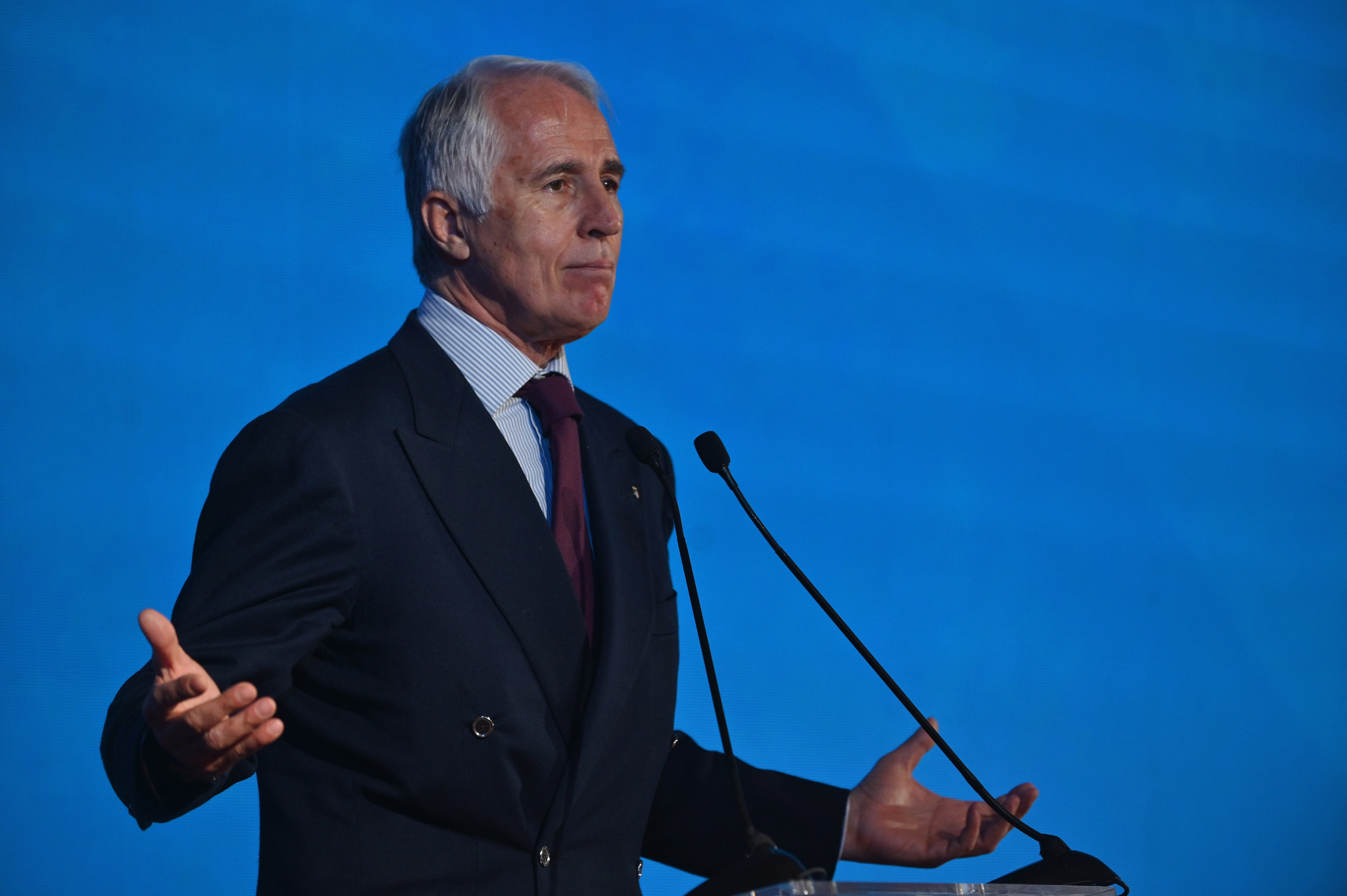 Giovanni Malagò faces three challengers as he bids for a third term as President of the Italian National Olympic Committee (CONI), when the organisation holds its Presidential election in Milan tomorrow.

Malagò, 62, who has led the organisation since 2013 was re-elected in 2017 when he convincingly beat his then rival for the role Sergio Grifoni by 67 votes to two.

Italian newspaper Gazzetta Della Sport said it believes Malagò has a "decidedly robust advantage" over his competitors in the race, and history backs this up, as an incumbent CONI President has only been defeated once in elections, when Arrigo Gattai was ousted by Mario Pescante in 1993.

If Malagò is elected it will be a third and final term at the helm for the International Olympic Committee (IOC) member.

Malagò has served as an individual member of the IOC since January 2019, and as a separate status to his CONI role, his IOC membership would not be impacted if he was defeated.

Gazzetta Della Sport reported that Chimenti "threw himself into the fray to strengthen Malagò" and are predicting he will stand aside early in the voting process.

Both of Malagò’s other rivals have been critical of him in the build-up to the election, with Di Rocco accusing him of "inadequate management" of the organisation and Belletti saying that both Malagò and Di Rocco represent the type of sports management which "must be revolutionised in Italy."

Whatever happens, Belletti will be making history, as she is the first female Presidential candidate in CONI’s 107 year history.

A total of 74 votes are due to be up for grabs in the race for the leadership role.

CONI avoided sanctions from the IOC earlier this year after the Italian Government approved a decree to guarantee the independence of the CONI, in what was one of former Italian Prime Minister Giuseppe Conte’s last acts before he tendered his resignation.

Three politicians from the country’s Five Star movement called for Malagò to resign despite the resolution of the situation, calling the whole process "a pantomime."