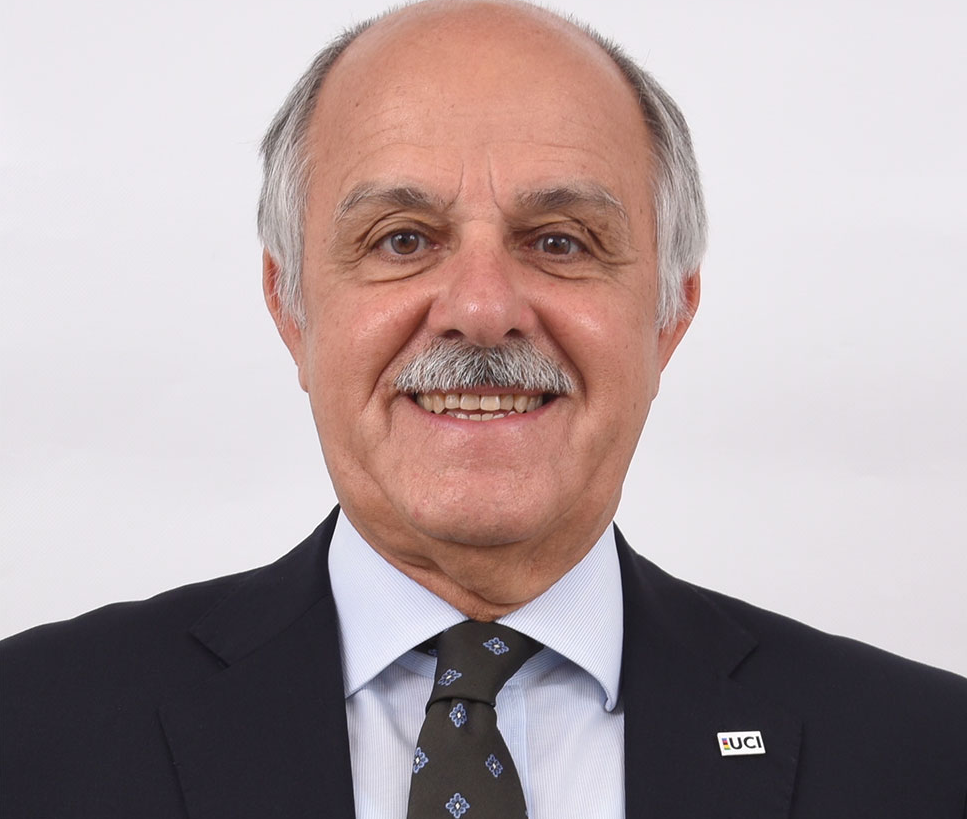 Antonella Bellutti and Renato Di Rocco have announced their intention to challenge Giovanni Malagò for the Italian National Olympic Committee (CONI) Presidency, with the election due next month.

Malagò, an International Olympic Committee (IOC) member and the Milan Cortina 2026 President, has led CONI since 2013.

Malagò will seek a third term in office but faces the challenge of two candidates from cycling.

Di Rocco is the latest challenger to declare his candidacy, with the former Italian National Cycling Federation President offering a critical assessment of the current state of CONI.

The 74-year-old, a vice-president of the International Cycling Union, has criticised Malagò for "inadequate management" of the organisation.

"A widespread malaise on the part of the world of sport for a management that is too personal and elitist, completely inadequate, in particular, in the very difficult moment we are experiencing," Di Rocco said, according to Italian newspaper La Repubblica.

"CONI has thought a lot about image and little about substance.

"We have always been in the newspapers and on television but in the meantime not even one of the problems affecting federations, sports promotion bodies and clubs has been resolved.

"Teamwork must be central again.

"We need to recover the spirit of service that distinguishes the world of sport and CONI must return to dealing with the problems of the base.

Di Rocco claimed CONI had failed to support sports clubs during the COVID-19 pandemic, and said they should have provided more scientific data to the Government to aid their reopening.

The official claimed this had been overshadowed by a dispute over a draft sports law, which would have seen a Government-controlled organisation distribute funds to the country's national governing bodies.

Cordiano Dagnoni, who succeeded Di Rocco as Italian Cycling Federation President last year, has reportedly suggested his predecessor should have notified the organisation of his intention to stand for CONI President.

Dagnoni has said the federation has not decided who to support yet, stressing a positive relationship with Malagò and the two candidates from cycling in Di Rocco and Bellutti.

According to Italian news agency ANSA, Bellutti has claimed Malagò and Di Rocco represent the type of sports management which "must be revolutionised" in Italy.

Bellutti is a two-time Olympic champion after winning the women's individual pursuit at Atlanta 1996 and the points race at Sydney 2000.

She also finished seventh at the Salt Lake City 2002 Winter Olympics in the two-woman bobsleigh event, alongside Gerde Weissenstiener.

Bellutti, who announced her candidacy in December, has highlighted the lack of women in leadership roles in Italian sport as an issue.

This was highlighted by Antonella Granata last month becoming the first woman to ever lead one of CONI's 44 federations, after being elected unopposed as Italian Squash Federation President.

Beullutti has targeted modernisation, innovation and gender equality among her key goals if elected CONI President.

Among her manifesto pledges are supporting structural changes in Italian sport, which will see funds provided for CONI and the Italian Paralympic Committee, as well as a special ministry which will have responsibility for delivering practical policies to support sport at local level.

"The renewal that the management of sport needs must be built around fixed points such as recognising sport as the dignity of a constitutional value, protected by a ministry with a dedicated portfolio, with structural funds and territorial support policies," Beullutti said.

"Only in the stability and therefore in the continuity of the work of the institutions dedicated to sport, can skills be divided and resources redistributed."

Greater support and safeguarding for athletes has also been cited as an aim, along with equal treatment for Olympic and Paralympic athletes.

Beullutti previously served as an athletes' representative at CONI, and she has held roles with the Ministerial Anti-Doping Commission and the Trentino 2013 Winter Universiade.

The CONI election is scheduled for May 13 in Milan, with candidates seeking to secure the 74 votes on offer.

An incumbent CONI President has only been defeated once, with Arrigo Gattai ousted by Mario Pescante in 1993.

Malagò was elected as an individual member of the IOC in 2018, with his status not linked to his CONI role.

This means his IOC membership would not be impacted by the outcome of the CONI elections.