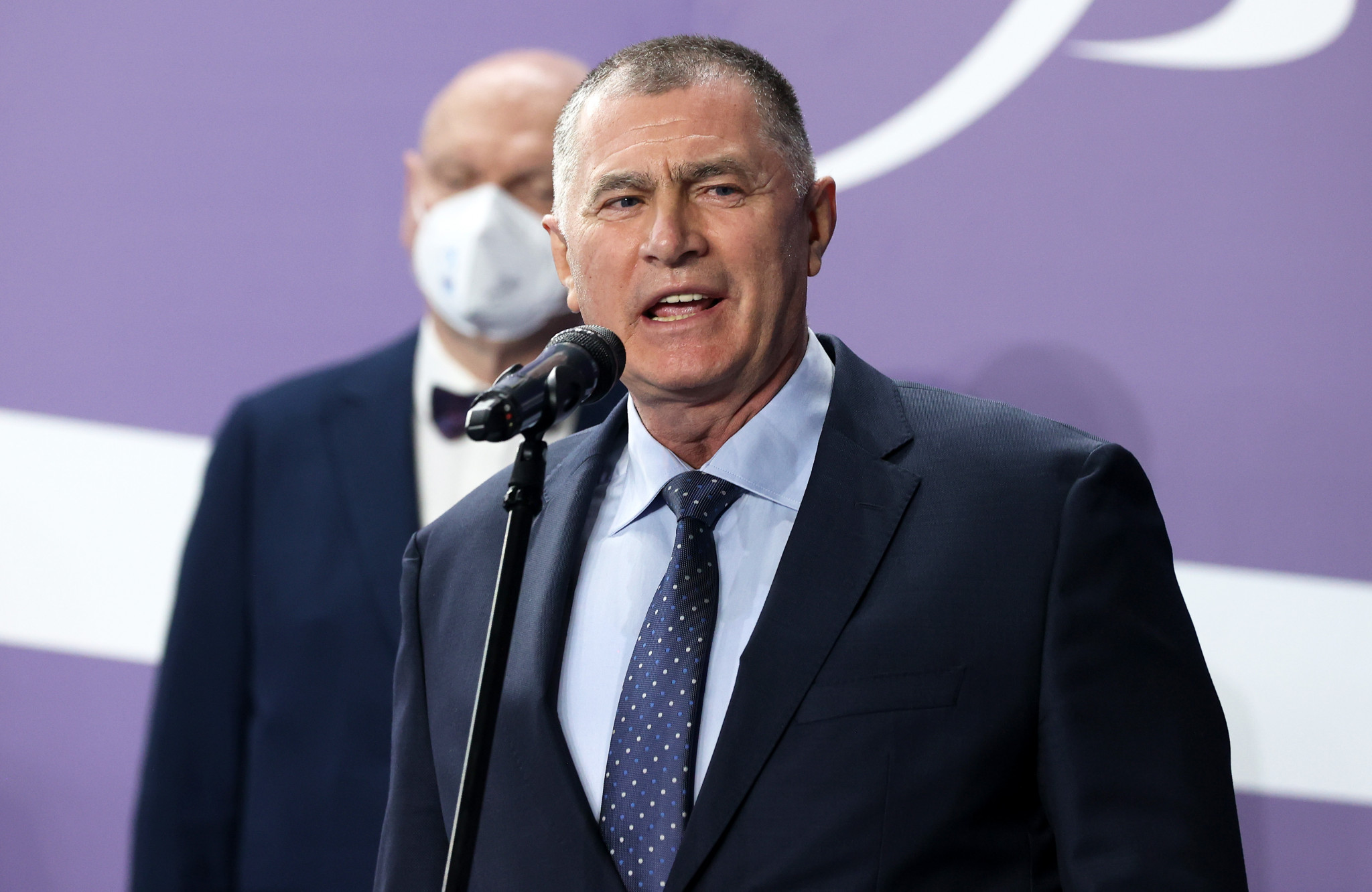 European Athletics (EA) chief executive Christian Milz revealed today a team had to be excluded entirely from the weekend's European Throwing Cup in Split because of positive COVID-19 tests.

The Ukraine team were not allowed to compete in the event after one of their coaches, Alexander Ivanenko, tested positive in Split despite the fact that all the party had tested negative before departure.

And the Romanian team were prevented from competing on the second day after one of their athletes tested positive on Saturday according to an item placed on the National Federation website.

The Romanian party had tested negative before departure, and upon arrival in Croatia.

The decisions to suspend the teams’ participation were taken by a doctor who was one of EA's newly-created COVID-19 officers tasked with supervising sanitary protocols at all forthcoming events until further notice.

Speaking at an EA online media roundtable event, Milz told insidethegames: "Our new COVID officials are crucial for us.

"It is very hands-on work for a person who is a doctor and sometimes they have to take tough decisions.

"Last weekend in Split at the European Throwing Cup, in collaboration and agreement with the local authorities, we had to decide to send a whole team back home because of positive COVID cases and the risk of infecting other athletes and officials.

"That was a tough decision, but it was for the safety of the event.

"And that’s what we want - a person who is there who can 100 per cent manage all detailed procedures and be there to take the right decision when it’s needed."

Andrejczyk moves to third on the world all-time list behind Spotakova with 72.28m and Menendez with 71.70m!#Split2021 pic.twitter.com/h4MqeSLV35

The Romanian Athletics Federation statement read: "One of the tricolor athletes present in Croatia was tested positive on Saturday, May 8, 2021, with the COVID-19 virus, and, according to the health protocol of the host country, the athletes were not allowed to leave the hotel where they were staying.

"The test must be taken 48 hours before returning to the country or after a minimum of two days in Croatia.

"We mention the fact that in both previous tests, carried out one before leaving for Split and the second carried out in Croatia, before the competition, all members of our country's delegation came out negative.

"The Ukrainian delegation was in a similar situation.

"After a member of their delegation tested positive, the whole group from the neighbouring country was excluded from the competition."

The Ukrainian Athletics Federation says that Ivanenko - who is the father of European under-18 and under-20 hammer champion Valeriya Ivanenk0 - is asymptomatic, yet he must self-isolate until Saturday (May 15).

The rest of the team, having each returned five negative COVID-19 test results in total, has now left Zagreb on a flight to Kyiv Boryspil International Airport, the organisation added.

For many Ukrainian athletes it would have been a first international competition since 2019.

At the last EA media roundtable event, Interim President Dobromir Karamarinov had spoken of "lessons" that would be learned from the staging of the European Indoor Athletics Championships in Torun from March 4 to 7, where a generally successful event was marred by a number of COVID-19 positives despite strict protocols being in place.

A total of 10 members of the British athletics team tested positive for COVID-19 after returning home and Irish athletes also had to self-isolate after a positive COVID-19 test among their party.

Eight Dutch athletes who competed at the event also tested positive after returning to The Netherlands.

Four Ukrainian female athletes and two members of the French entourage had to quarantine in Torun following the event.

Poland’s men’s 4x400 metres squad had to withdraw following a coronavirus outbreak, while home sprinter Ewa Swoboda tested positive ahead of the event and could not compete.

Belgian sprinter Eline Berings also criticised the testing procedure after being forced to pull out of the semi-finals of the 60m, claiming it was due to a false positive.

Asked to detail what lessons had been learned from Torun, Karamarinov replied: "We are absolutely sure that the protocol of Torun was strict enough.

"The last day we saw that some athletes, I’m sorry to say, did not respect the rules and here we have to mention the personal responsibility of all the participants in European events.

"There are two sides.

"European Athletics did everything possible but we also have to work with the national officials, team officials, coaches and athletes, who have personal responsibility for this.

"But anyway we have learned a lesson.

"So additionally for the next competitions we already have two EA COVID officers, and they already did their job in Split.

"This is also an obligation for our COVID officers and they have already started on this education programme with webinars involving member federations."

Milz added: "You can have the most robust sanitary plan, but if there is no personal responsibility and solidarity it cannot work.

"Regarding lessons learned from Torun - we identified still some weak operational points, especially airport arrivals, hotels - especially hotel staff not respecting the rules - the call room and also physios and doctors who are in contact with all the athletes.

"These are weak points that we needed to improve for all other events."