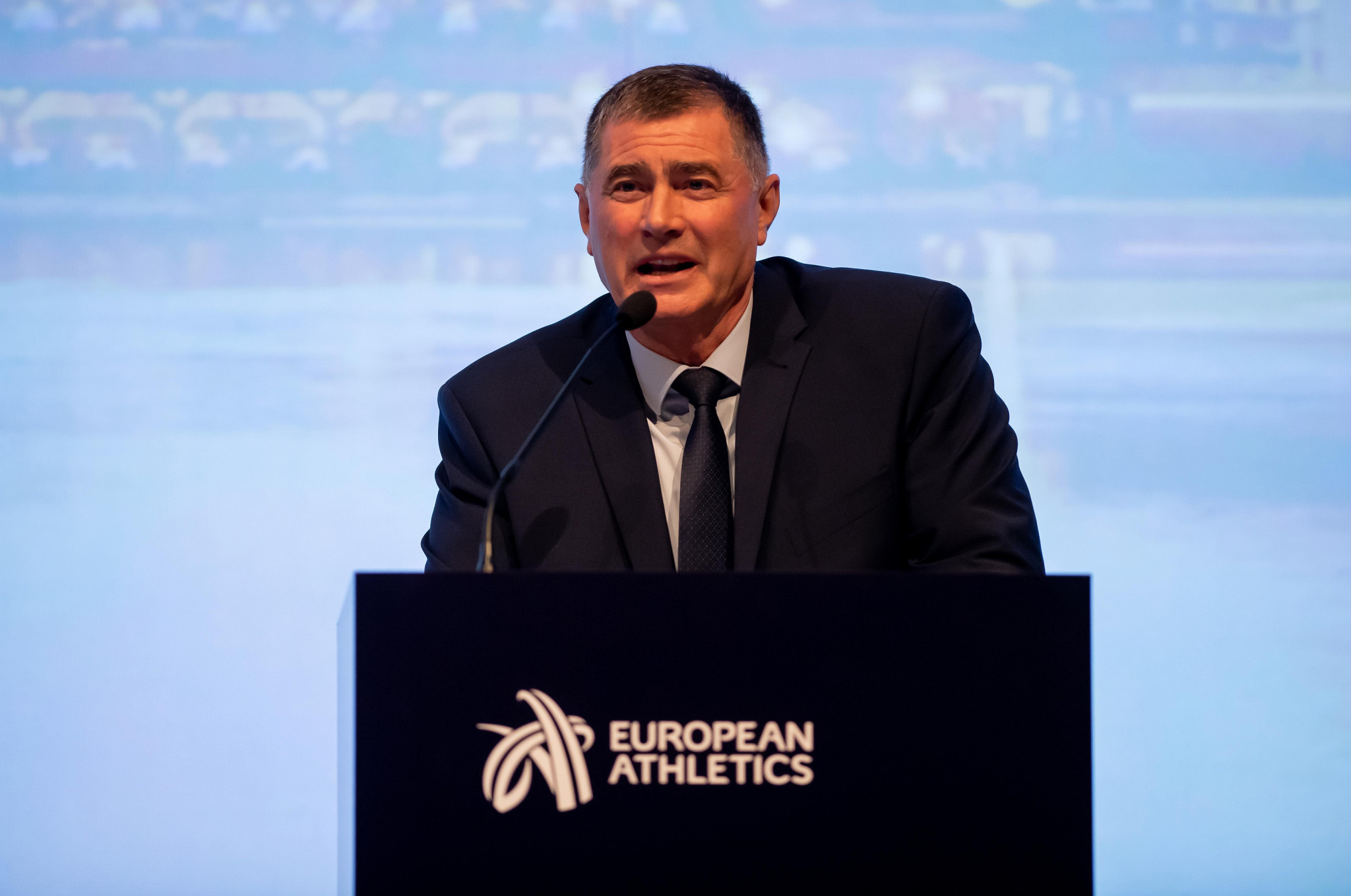 Dobromir Karamarinov, Interim European Athletics President, said today he was "delighted" by the success of the recent European Indoor Championships in Torun, but he added that "lessons" had been learned following a number of positive COVID-19 tests.

The British and Irish teams are currently quarantining for 10 days after each had a member of its travelling party who tested positive for COVID-19, while four female Ukrainian athletes and two French officials were required to quarantine in Poland following positive tests.

"In this pandemic time, with so many athletes, more than 700 and a lot of officials, of course it’s possible to have some positive tests," Karamarinov told insidethegames during a virtual media discussion.

"But everything was according to the protocol.

"It is really unfortunate and we wish those athletes who had a positive at the last moment a speedy recovery.

"But still even the scientists still learn about this virus, and I can say this was just a few cases compared to these thousands of tests we did.

"We had a very strict protocol that we accepted together with the Polish authorities and the city of Torun and we did a lot of tests.

"Everybody had to come with a negative, they were tested in Torun immediately and during competition, and before departure."

He added: "I promised to run a full competition calendar in 2021 and that journey began with Torun.

"I’m delighted with the excellent success of the 2021 Torun European Athletics Indoor Championships.

"We successfully delivered a safe event with more than 700 athletes from more than 47 countries.

"It was the first major sporting event for most European athletes this year ahead of Tokyo 2020, where we expect more brilliant performances."

"And we have shown that this is possible - with more than 700 athletes and 47 member federations.

"And I can tell you that everybody was satisfied with this - it was like a piece of bread after a long diet.

"Even before the Championships, all the athletes when I spoke to them really wanted to compete.

"They wanted to get back to real athletics.

"This was the wish of the athletes and the member federations - and of European Athletics."

Looking to future events, Karamarinov commented: "I am sure that we will come back to the normal.

"I am not sure it will be this year, maybe the next.

"But what is important is that we deliver on our Championships.

"If we deliver in the situation of the pandemic we have to be strict and we have to respect all the rules and protocols even more.

“Because this was our first global event in this pandemic situation.

"And we learned a lot.

"Maybe in the pandemic our next event will be more safety, more strict.

"But we have to deliver.

"We have learned the lessons now, but when we come back to the normal we always have to bear in mind what happened during the pandemic.

"Because maybe it can be a prevention for the future."

Asked about the nature of the lessons that had been learned in Torun, Karamarinov told insidethegames: "This year our next big event is the European Team Championships Super League and we will do it much better when we learn what our weaknesses were in Torun if there were some, and we will try to improve the protocols for the next edition, to do things even more strictly if it is possible."

A European Athletics spokesman added that co-operation with the Organising Committee was a critical area when there was such a high volume of testing in such a short period of time.

"One of the key learning we felt was in terms of the HR sides of things - the actual manpower you need," he said.

"Torun for us was the first time and they did a fantastic job but there were sudden flows of athletes who would come in and they needed to be tested almost at the same time, so there were waiting times.

"These are the sort of things, for Silesia and the European Team Championships, where we will have learned from Torun and be able to put in place probably more testing lanes and more support in terms of HR in terms of Local Organising Committee and our side."

Christian Milz, European Athletics chief executive, highlighted the innovative virtual mixed zone that had been set up in Torun enabling media who were unable to travel to have virtual face-to-face meetings with chosen athletes.

Meanwhile initial data shows the number of live TV hours viewed during coverage of the Torun Championships rose by an average of nearly 20 per cent in nine key European TV markets, compared with the previous edition, which was held in Glasgow in 2019.

SVT’s live market share peaked at 56.4 per cent on Sunday evening as Sweden’s 21-year-old Armand Duplantis narrowly failed to improve upon his own world record of 6.18 metres having already taken the gold medal and set a championship record.