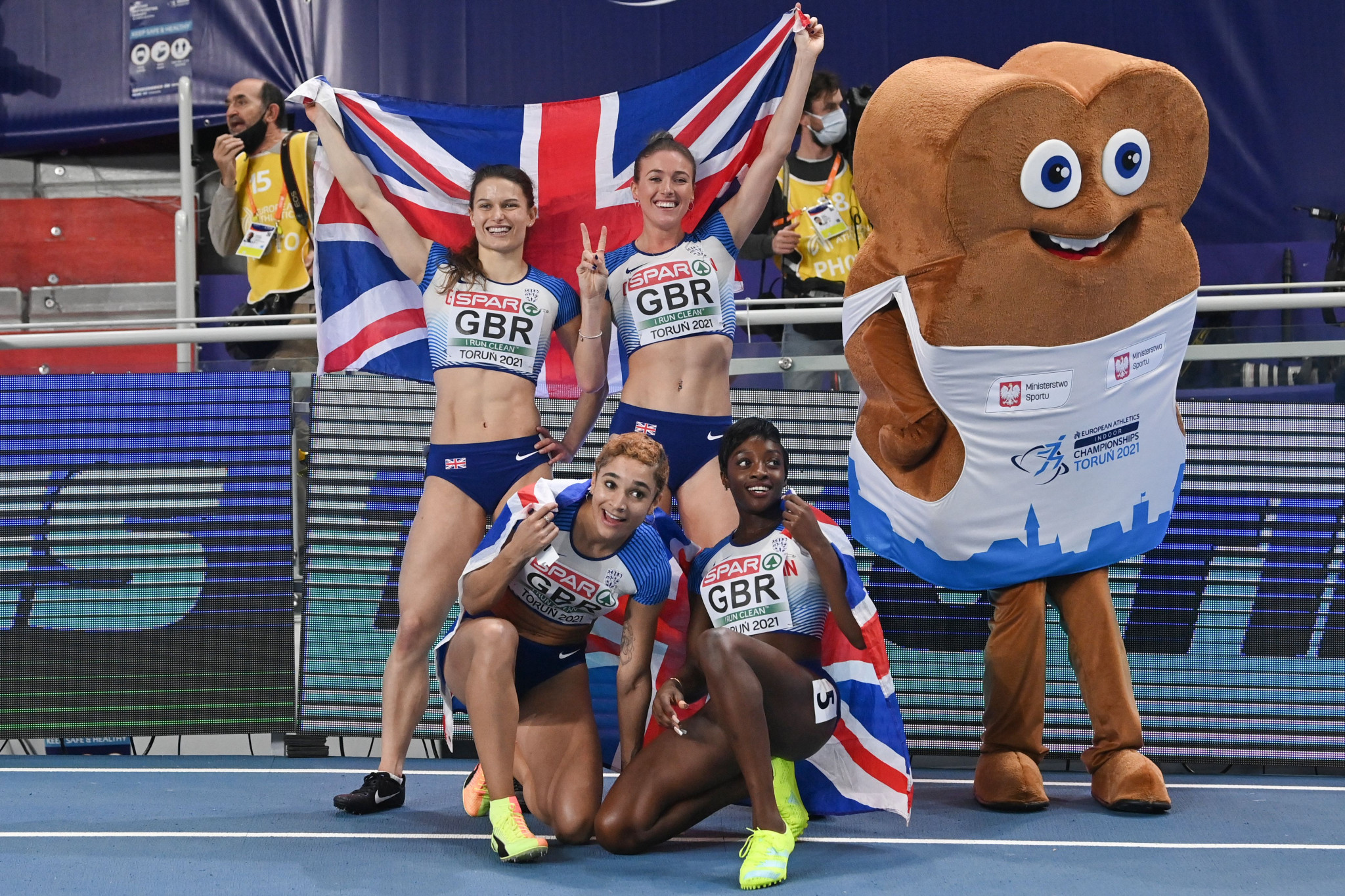 British Athletics has written to European Athletics to express its concerns over the implementation of COVID-19 countermeasures at the European Indoor Championships in Torun following a bout of coronavirus cases.

A total of 10 members of the British athletics team have now tested positive for COVID-19 after returning from the Polish city.

Britain achieved a record-equalling 12 medals to finish third in the standings at the European Indoor Championships, which ran from March 4 to 7.

But the 46-strong squad were forced to isolate for 10 days upon arrival in Britain after a member of the travelling party produced a positive lateral flow test on March 9.

It has now emerged that a further nine members including athletes and staff have tested positive for COVID-19.

insidethegames understands British Athletics has contacted European Athletics to voice its concerns over the measures put in place by competition organisers to protect athletes from coronavirus.

Eight Dutch athletes who competed at the event also tested positive after returning to The Netherlands.

Speaking to NOS, Ad Roskam, technical director for the Royal Dutch Athletics Federation, claims athletes may have contracted the virus in Torun.

"Compliance with the coronavirus rules was difficult during the tournament," said Roskam.

"The athletes would be transported from the hotel to the hall in a coach assigned to the team, but everyone was mixed up, which was not surprising because it was cold outside and no one wanted to wait long."

European 400m hurdles silver medallist Anna Ryzhykova and Katerina Klymyuk, who both ran in the 4x400 metres relay, and reserve member Alina Lohvynenko are all understood to have tested positive on March 7 and again the next morning.

Sprinter Viktoriya Ratnikova, who reached the women’s 60m semi-finals, tested negative but had to stay as she was the room mate of one of the athletes who tested positive.

Two members of the French squad also had to quarantine in Poland after giving positive COVID-19 tests, while Irish athletes have been self-isolating after arriving home following a positive case within their travelling party.

Under COVID-19 protocols set out by organisers, athletes needed to test negative to enter Poland and again upon arrival in Torun before undergoing further tests every five days.

Poland’s men’s 4x400m squad had to withdraw following a coronavirus outbreak, while home sprinter Ewa Swoboda also tested positive ahead of the event, meaning she was unable to defend the women’s 60m title.

Belgian sprinter Eline Berings criticised the testing procedure after being forced to pull out of the semi-finals of the 60m, claiming it was due to a false positive.

The European Athletics Indoor Championships were the sport's first multi-discipline championships since the coronavirus pandemic began.