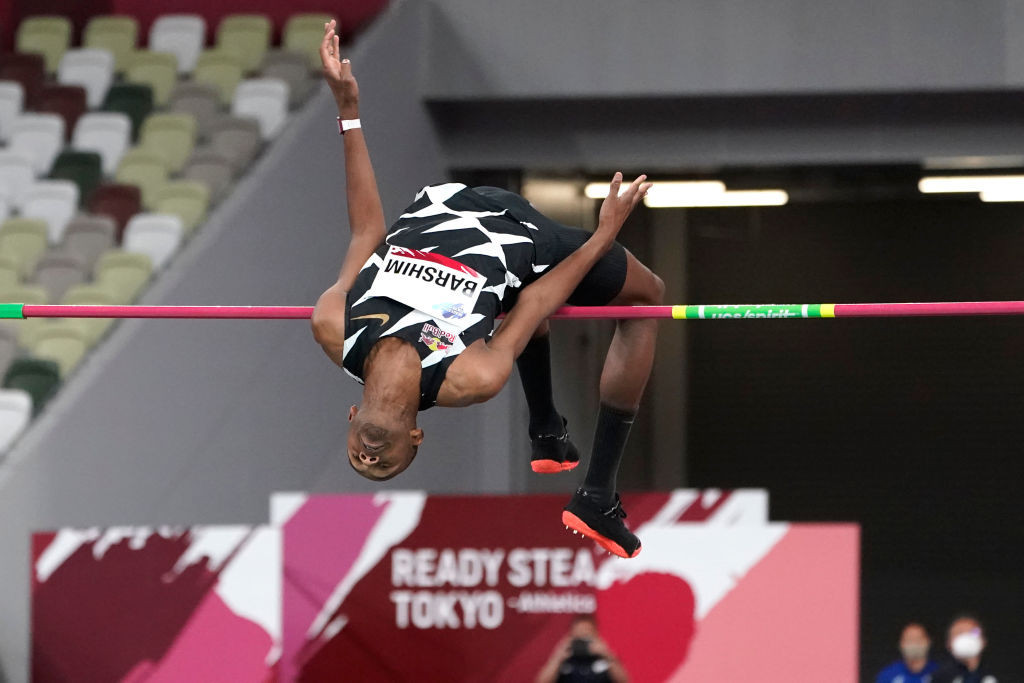 Qatar’s world high jump champion Mutaz Barshim had to settle for a share of victory in Tokyo’s National Stadium in the Ready Steady Go meeting serving as a test event for the Olympic competition scheduled to take place less than three months from now.

Barshim, a two-time Olympic medallist, was one of a handful of foreign athletes taking part in an event that was closed to spectators due to local COVID-19 restrictions and doubled as a World Athletics Continental Tour Gold meeting.

He finished as joint winner with Japan’s indoor record-holder Naoto Tobe, who cleared 2.35 metres in Karlsruhe two years ago, after a jump-off.

Both men cleared heights from 2.15m to 2.30m on their first attempts before failing their efforts at 2.33m.

They then took it in turns to attempt 2.33m, 2.31m and 2.29m to decide the winner before settling for shared spoils after a long competition.

Since retaining his world title on home soil in 2019, Barshim had competed just once, also in Doha, where he managed 2.25m in March this year.

Home athlete Takashi Eto was third, having cleared 2.30m at his second attempt.

World champion @mutazbarshim and Japan's @naotobe clear all heights from 2.15m to 2.30m on first attempts.

After even a jump-off can't decide the winner, they settle on a tie thanks to their 2.30m clearances.#ContinentalTourGold pic.twitter.com/Lv8kjUAzV4

Miura’s winning time of 8min 17.46sec took more than a second off the national record of 8:18.93 set by Yoshitaka Iwamizu at the 2003 World Championships in Paris.

Kurokawa won the 400m hurdles in a personal best of 48.68sec as the top three all came inside the Olympic qualifying mark of 48.90.

Hiromu Yamauchi improved his best by more than a second to finish as runner-up in 48.84, and 2015 world under-18 bronze medallist Masaki Toyoda dipped under 49 seconds for the first time with 48.87 in third.

Justin Gatlin, the 2017 world champion from the United States and another of the overseas athletes competing, won the men's 100m in 10.24.

Fresh from his Japanese 110m hurdles record of 13.16 set at the end of April, a time which moved him to second on the Asian all-time list, Taio Kanai won in 13.38.

The men’s long jump was won by Japan’s world under-20 champion Yuki Hashioka with an effort of 8.07 metres.