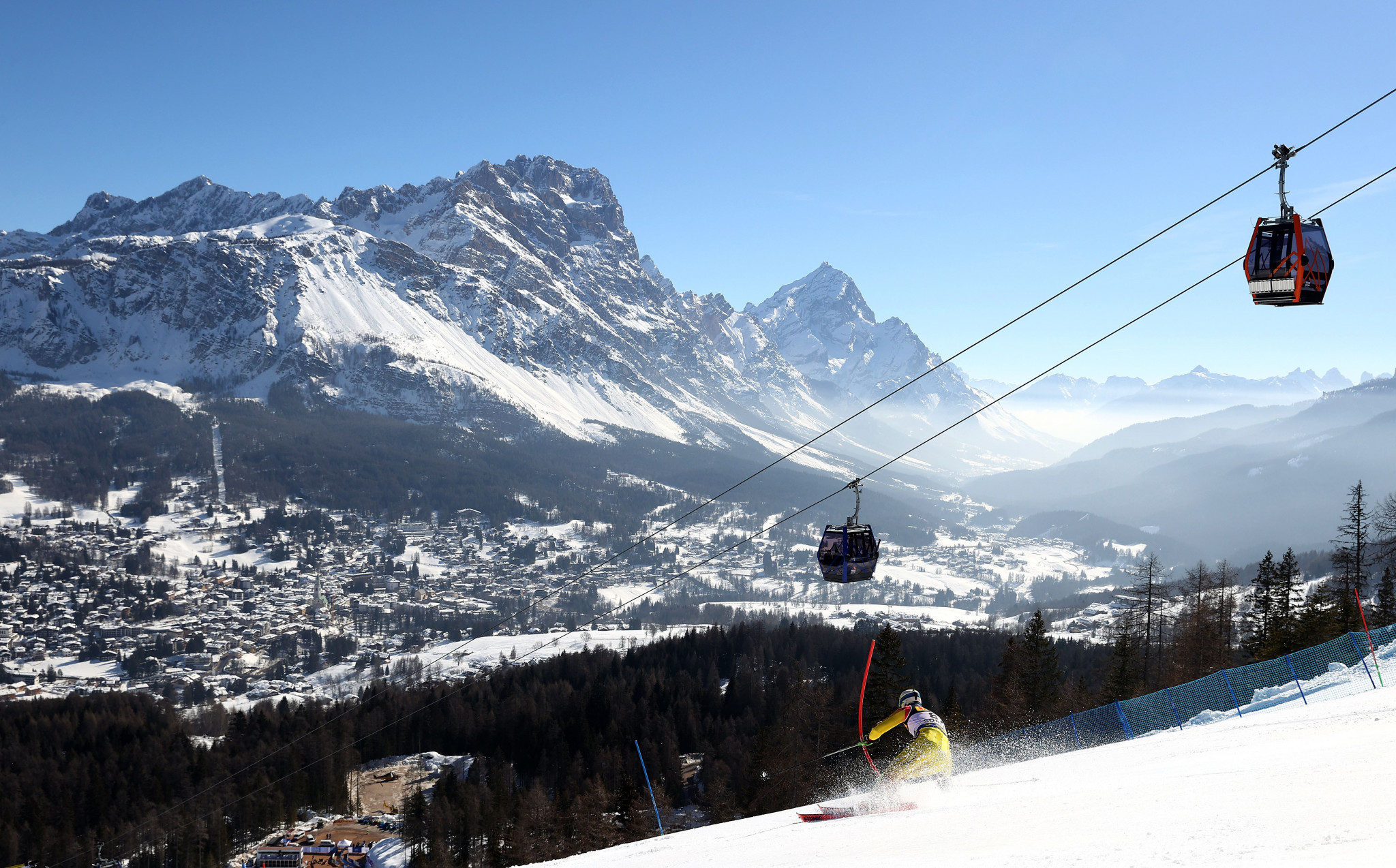 The International Olympic Committee (IOC) Coordination Commission for the Milan Cortina 2026 Winter Games has observed that "great progress" has been made by organisers in the past six months.

Meeting for the second time today, in a virtual setting given the global health crisis, the Coordination Commission heard how lessons had been learnt from Cortina d'Ampezzo staging the Alpine World Ski Championships in February and that more than 850,000 votes were cast in the process which chose a logo for the 2026 Winter Olympics and Paralympics.

Concerns over the legacy of the Cortina d'Ampezzo sliding track have again been raised, but the IOC says any decision made in Italy will be respected, and discussions surrounding the Baselga di Pine outdoor oval, due to be used for speed skating, are said to be ongoing,

The IOC has in the past voiced concern over the financial viability of adding a roof to the venue.

"Since our last meeting in September 2020, the Milano Cortina 2026 Organising Committee has made great progress despite the ongoing pandemic," said Coordination Commission chair Sari Essayah.

"The most visible highlight was the selection process for the new Milano Cortina 2026 emblem, which saw over 871,000 votes cast.

"Futura, the winning emblem, will become one of the most recognisable symbols in Italy over the next five years.

"I am confident that it will also be one of the most loved.

"It is not just in the high-profile areas like the official emblem that Milano Cortina has progressed but also behind the scenes, with a lot of groundwork being laid in areas like engagement, marketing, operations and venue planning.

"This hard work has allowed the Milano Cortina organisers to set themselves up to deliver superb Olympic and Paralympic Winter Games in 2026.

"I congratulate the whole Italian team for their efforts despite the challenging circumstances."

The Futura logo, which features the numbers two and six in a single trace, was chosen ahead of the rival "Dado" design.

It is the first Olympic logo to be chosen by a popular vote and organisers report that almost 75 per cent of respondents voted for Futura.

Following on from this, Milan Cortina 2026 presented its engagement strategy to the Coordination Commission.

Observations from the 2021 Alpine World Ski Championships were also relayed, with women's Alpine skiing and the team event scheduled to be held in Cortina d'Ampezzo during the 2026 Winter Olympics.

It was also highlighted that a consortium has been selected to create the Milan Olympic Village masterplan.

The IOC said that concerns relating to the Eugenio Monti sliding track were again voiced.

An IOC working group was established in 2020 examine concerns raised in the IOC Evaluation Commission report of the Milan Cortina 2026 bid and alternative venues, such as Innsbruck in Austria and St Moritz in Switzerland, proposed by the IOC rejected by the Organising Committee.

The IOC warned in 2018 that "major construction work" would be required for the venue to be used at the Games, and there are worries about its legacy, but it has noted that final plans for the site are as part of an entertainment park unrelated to the Games, so says it will respect "a sovereign decision of the Veneto Region".

Neither the Italian Olympic Committee or Milan Cortina 2026 will be involved in running the site before or after the Games, and renovation costs are now reported not to come from investment budget for the Olympics and Paralympics.

This stance supports the recent claim of Milan Cortina 2026 President Giovanni Malagò that the issue had been "completely resolved".

Today Malagò commented: "I am very pleased with the positive view expressed by the IOC Coordination Commission about Milano Cortina 2026.

"I would like to thank chair Sari Essayah and all the members of the Commission for their judgement.

"My appreciation also goes to the Milano Cortina 2026 team who, in these difficult months of the pandemic, carried on their work with great enthusiasm.

"Let's continue on this path: many challenges await us, but I am sure that we will be ready for them with the professionalism that we are known for by everyone."

Milan and Cortina d'Ampezzo beat a bid from Stockholm and Åre in Sweden by 47 votes to 34 in June 2019 to be awarded the Games.