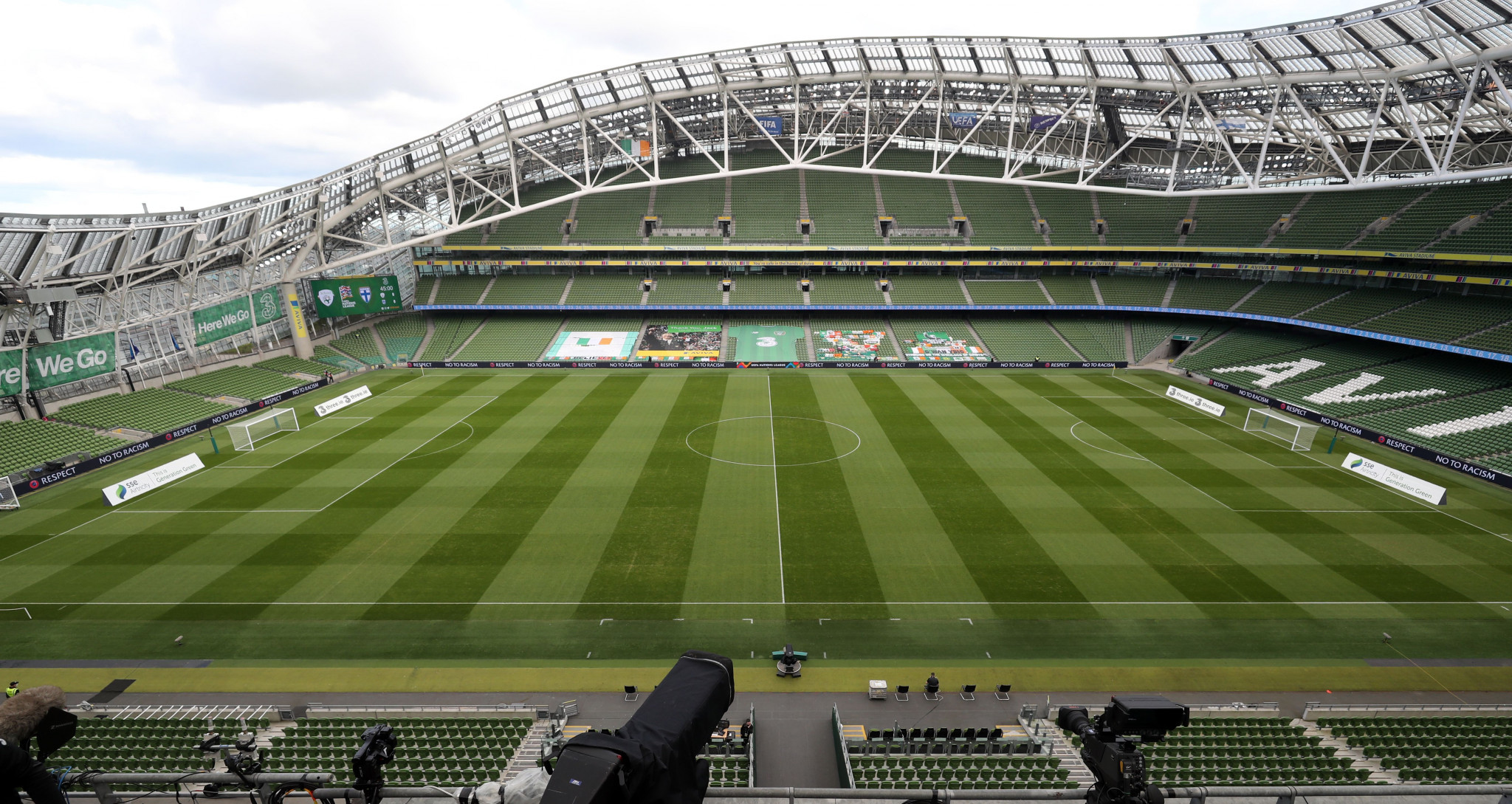 The UEFA Executive Committee will not make a decision on Bilbao, Dublin and Munich staging European Championship matches until Friday (April 23), as today's meeting was dominated by the seismic announcement that 12 football clubs are founding a breakaway league.

There are currently no guarantees that spectators will be allowed at the three venues, which are in danger of losing matches as a result.

The Executive Committee has asked the UEFA administration to create concrete proposals ahead of a further meeting on Friday, when a final decision will be taken.

Dublin's Aviva Stadium, Bilbao's San Mamés and Munich's Allianz Arena are each due to stage four matches, and these could be moved to the other nine Euro 2020 host cities which have assured UEFA they will allow fans to go to games.

All confirmed venues have committed to at least 25 per cent capacity, including London's Wembley Stadium, which could host more fans for the semi-finals and final if COVID-19 regulations in England allow.

Saint Petersburg's Krestovsky Stadium and Baku's Olympic Stadium are currently capped at 50 per cent, while Budapest's Puskás Aréna is set allow a fan in every seat.

Preparations for Euro 2020 were overshadowed by the announcement of The Super League - a rebel competition launched yesterday by 12 "Founding Clubs" yesterday - and UEFA President Aleksander Čeferin again threatened players from those sides with being banned from UEFA competitions.

That could potentially start with the men's European Championship this summer, while FIFA warned in the past that it too could ban such players from the World Cup.

Asked whether players would be banned from Euro 2020, Čeferin said this was still being discussed with UEFA's legal team.

"We will take all the sanctions that we can and we will inform you as soon as we have a clear answer," said the UEFA President.

"My opinion is that, as soon as possible, the players have to be banned from all our competitions.

"I cannot stress more strongly UEFA and the footballing world are united against the disgraceful, self-serving proposals we have seen, fuelled purely by greed.

"It's a nonsense of a project.

"This idea is a spit in the face for all footballer lovers and our society.

"We will not allow them to take this away from us."

Every club will play a guaranteed 10 league-stage games against 10 different opponents - five at home and five away.

Currently clubs play six matches in the group stage, with only half of the 32 clubs advancing.

Europa League clubs will now be due to play a minimum of eight matches instead of six, while sides in the new Europa Conference League will play at least six matches.

These formats will also see clubs play each team just once.

The Executive Committee also confirmed that Estonia, Sweden and the Faroe Islands will be the hosts of the 2023, 2024 and 2025 editions of the Women's Under-17 European Championship.

Hungary is set to host the men's equivalent in 2023, with Cyprus hosting the 2024 edition.

Malta was chosen as the host for the 2023 Men's Under-19 European Championship, with Northern Ireland and Romania set to host the competition in 2024 and 2025 respectively.

The 45th UEFA Congress is to take place tomorrow, with elections of UEFA Executive Committee members and European members of the FIFA Council headlining the agenda.